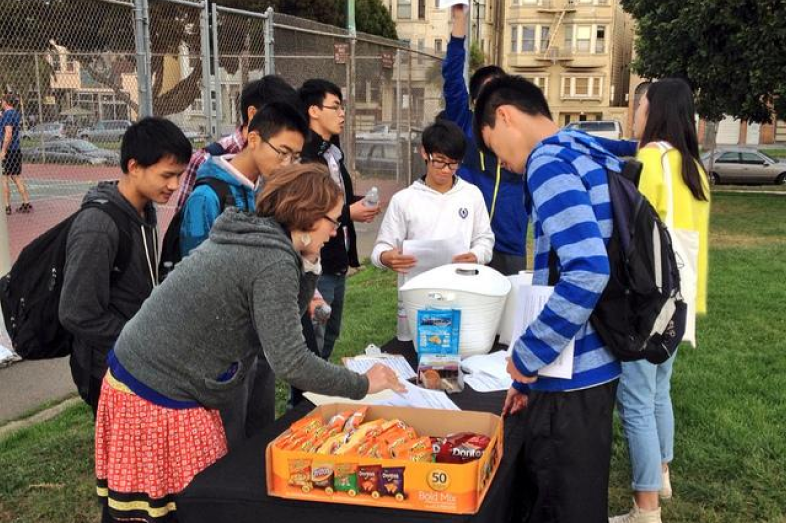 The day Eric Guthertz found out he was the principal of one of the “worst schools in California” started out fairly routine.

Guthertz heard a TV announcer mention a list of low-performing schools as he put on his tie.

“Hope we dodged that bullet,” he recalled joking with his wife.

But his school, San Francisco’s Mission High School, did not. Because it made the state’s list of lowest performing schools, Mission High was the subject of several news stories highlighting its poor performance.

The “worst school” label was not only demoralizing, it was scary, said Guthertz at a recent Education Writers Association seminar in Chicago. Under the federal No Child Left Behind Act, schools on a state’s list of low-performing schools had to undergo a drastic intervention, chosen by the district from a set menu. Guthertz, and all of his teachers, could lose their jobs. The school could be closed.

Like the waivers states had for No Child Left Behind, the Every Student Succeeds Act (ESSA) calls for states to identify their bottom 5 percent of schools. But while NCLB and the federal School Improvement Grants program prescribed specific interventions to turn around low-performing schools, ESSA gives states and districts more flexibility, saying only that the interventions must be “evidence-based.”

Panelists at the EWA seminar last month on ESSA explored what lessons school turnaround efforts under No Child Left Behind offer states as they enter a new era.

Fortunately for him, Guthertz and his school avoided some of the more dramatic outcomes that might have been required to improve its test scores. He kept his job, as did his teachers. Mission High used a federal School Improvement Grant to pay for an array of programs Guthertz credits with truly turning around performance at his school.

He says any other federally mandated turnaround mechanism would have ignored the realities of Mission High, where nearly half the students are English-language learners, and about three-quarters are considered economically disadvantaged.

Firing teachers or closing the school wouldn’t change that, he said. Guthertz saw other schools required to undertake NCLB-prescribed interventions, including closure.

“They didn’t have the opportunity to collectively come together,” he said. “There was a vision that reopening the school … would magically make it great. But these things take time.”

Panelist Elliot Ransom, the director of School Improvement at UChicago Impact, agreed that many provisions of No Child Left Behind failed to help the country’s most vulnerable schools in the way they were intended to. He said that oftentimes, the key to improving outcomes is improving relationships and trust at the school.

Ransom suggested “reveling in the messiness of school improvement,” noting that turning around takes time. Indeed, a study of the federally funded School Improvement Grant (SIG) program showed showed some campuses had academic gains after two to three years.

“The reasons schools improve are because (students, teachers, and parents) roll up their sleeves and do the messy work it takes to improve,” he said.

The panelists agreed that states — and journalists — need to rethink the way they view the lists of low-performing schools. Don’t call them “the worst” schools, they cautioned. Recognize that schools on the list tend to have the poorest, most vulnerable students — and that all schools need improvement.

There’s no endpoint in ‘turnaround,’ said panelist Carlas McCauley, the director of WestEd’s Center on School Turnaround. And raising the bar should not be solely the responsibility of a state or district’s lowest-performing, and often least-resourced, schools.

“We have to redefine ‘turnaround,’” McCauley said. “The need for improvement is for all schools. Schools might exit a list, but there’s still going to be room for growth.”

“The data are not necessarily the story,” Ransom said in conclusion. “The response to the data is the story.”