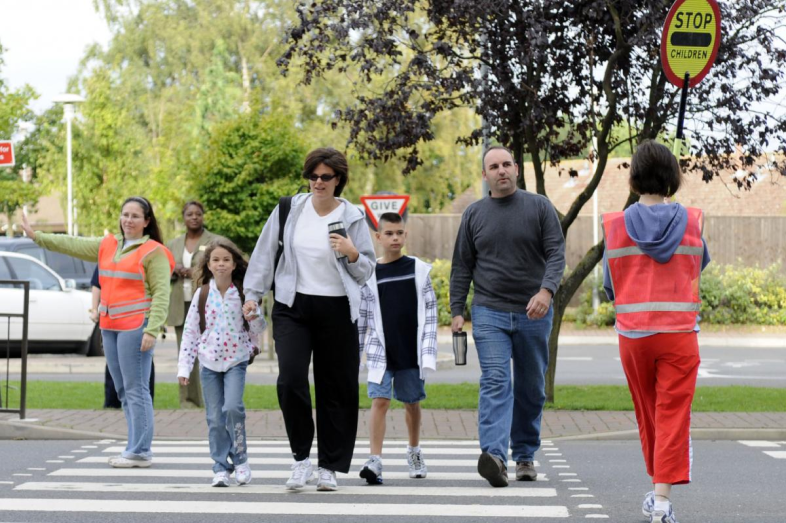 But academics? Not so much. Parents do care, but as long as their children are perceived to be happy and succeeding — especially if that’s what teachers are telling them – they figure everything is fine in that area.

These findings come from a 2016 survey of more than 1,300 public school parents nationwide by Learning Heroes, a nonprofit that aims to help parents get involved in their children’s learning. Bibb Hubbard, the organization’s president and founder, reviewed the findings during a recent panel at the Education Writers Association’s annual conference.

One stunning statistic: Over 90 percent of respondents believe their child is performing at or above average. Even if that weren’t a mathematical impossibility, national test results show it can’t be true. It’s also an explanation for why parents aren’t more concerned with or engaged in their children’s learning, Hubbard said.

“Ninety percent is an insane number for an opinion poll,” she said. “There’s a very stark discrepancy between where parents are perceiving their child to be and the actual academic readiness and preparedness of our students.”

The four public school parents who joined Hubbard for the panel, titled “Glimpsing Into the Hearts and Minds of Parents,” backed that up.

“When (teachers) told me he was doing OK, I took their word for it,” said Liz Goshorn of Howard County, Maryland, about her son, who just completed his senior year at Hammond High School.

He scored highly on tests, she said, but didn’t do very well in his classes. Goshorn said her son wasn’t a troublemaker and teachers allowed him to coast in average classes, earning Cs. When he was finally challenged near the end of high school with Advanced Placement courses, he rose to the occasion.

“I feel horrible now that he’s graduated because I should have been his advocate. I should have pushed back,” Goshorn said. “I just feel like there was a lot of time lost.”

That was also the experience of Micky Bondo, an immigrant from Congo, after she moved from Atlanta to Portland, Maine. Teachers in the primarily white district told her that her daughter was doing fine, but then the girl wrote her mother a letter lamenting that her confidence was shot. Bondo’s daughter was being told that she would never excel.

That’s what made Bondo look around and wonder why other local immigrant and low-income families were not active in the schools. She formed Portland Empowered to help them to feel connected and navigate the school system.

Once she got more involved, Bondo said, her daughter was placed in honors classes, and earned a 4.2 grade-point average.

Washington D.C.-area mother JoAnn McCray proudly called herself a “helicopter mom,” even though lots of parents don’t want to be known as the squeaky wheel. That’s how things get done, she said during the EWA panel.

McCray said she struggled to get the school to recognize her son’s disability when he was in preschool, even though his behavior was atypical. She felt he was held hostage in a regular preschool classroom for months until school administrators got their ducks in a row.

A major barrier to parental understanding, according to the panelists, is overly wordy, edu-speak communications that schools tend to send home, including from test scores and report cards. Parents have mistaken “climate” for the school temperature, Hubbard added. They think culture refers to heritage.

She recounted talking to a mother who was thrilled that her child’s school had a large percentage of teachers with emergency certifications. “‘That’s so great! … Because that means they know CPR.’”

Yomery Shepard of Washington D.C. said she thought her seventh-grade son’s grades looked low, but it was hard to interpret.

“I looked at it and I was like, wow, this is very confusing,” Shepard said. “I’ve gotta ask his teacher what’s going on.”

Shepard started meeting often with teachers. It’s harder to know how to help teens, she said, but because of her insistence, the school was responsive and gave her a plan to help her son.

The panel’s advice for education writers: Parents want to know about state report card results and comparisons, because they make decisions based on that information. Just keep it simple.

Hubbard cautioned that a constant focus by the news media on the problems in local schools can turn parents off, Hubbard said.

“There’s such (an) appetite to try to scare parents into believing something, and that’s just the absolute wrong way to do it,” she said. Report on things relevant to parents; give them an accurate picture and do so in a productive way, she said.