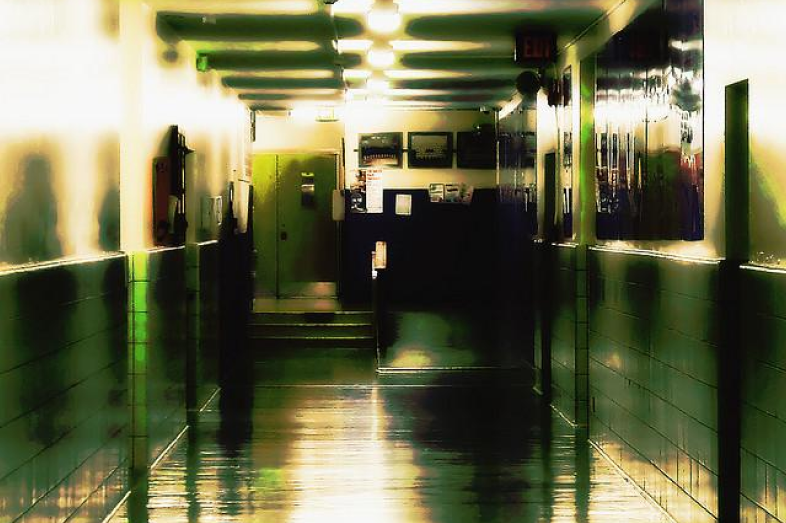 What New NAEP Scores Can – And Can’t – Tell Us

For the first time since 1990, math scores dropped for fourth and eighth graders in the National Assessment of Educational Progress, the country’s most respected tool for measuring how well students understand key academic concepts. Reading scores also inched downward at the eighth-grade level, staying flat for the fourth grade compared with 2013.

In a call with reporters earlier this week Peggy Carr, the acting commissioner of the National Center for Education Statistics, which administers the test, said the results came as a surprise. While any dip in scores is taken seriously, Carr said, she emphasized that “One downturn does not a trend make … we try not to read too much into a decline at this point.”

In fact, federal data show reading scores have a history of fluctuating, with several declines during the 1990s and early 2000s before rebounding.

NAEP, which is conducted roughly every two years, is not designed to tell schools whether a particular program or instructional approach is effective. Instead, it’s viewed as one of the few reliable and independent measures of student progress nationally. Because the assessments aren’t linked to any local or regional set of learning standards, NAEP can be used as a barometer to compare results on state tests, especially when it comes to reading and mathematics. Several studies have compared levels of student achievement according to state tests and NAEP, often finding large gaps that serve as red flags that the state expectations for student performance are lower than those of NAEP.

My EWA colleague Mikhail Zinshteyn does a terrific job explaining the complexity of parsing NAEP scores — specifically when comparing white student achievement to the scores for black and Hispanic kids —  in this piece for FiveThirtyEight. Let me say this: It’s not easy. And it’s important to remember that NAEP is just one measure of student knowledge.

To be sure, that doesn’t stop people from laying blame or using the scores to advance a particular educational agenda (a practice that some education insiders refer to as “misNAEPery”). Morgan Polikoff, an assistant professor of education at the University of Southern California, had strong words for them:

Some folks are out with screeds blaming the results on particular policies that they don’t like (test-based accountability, unions, charters, Arne Duncan, etc.). Regardless of what the actual results were, they’d have made these same points. So these folks should be ignored in favor of actual research. In general, people offering misNAEPery can only be of two types: (1) people who don’t know any better, or (2) people who know better but are shameless/irresponsible.

There’s no shortage of speculation for the reason behind the dip in scores. And while correlation is certainly not causation, one widely considered contender is the switch to the new Common Core State Standards, which more than 40 states have implemented. As The New York Times’ Motoko Rich pointed out, the weakest performance among fourth-graders was on math topics they haven’t yet learned: NAEP is testing them on content that won’t be introduced until the following year.

With more than 40 states adopting common math and reading standards, fresh questions arise over whether the NAEP assessment should be less independent. The 2015 results capture a period in U.S. schools when the vast majority of students were adapting to the Common Core. Lauren Camera of U.S. News & World Report quotes William Bushaw, the head of the agency that oversees NAEP, saying that “It’s not unusual when you see lots of different things happening in classrooms to see a dip [in scores],” he said. “We are not going to suggest any cause and effect at all, but there are multiple ways to look at this.”

A new report from the American Institutes of Research looked at the alignment of NAEP with the Common Core, and found there was “reasonable” overlap between them. As Liana Heiten reported for Education Week:

For 4th grade math, the researchers found that 79 percent of NAEP’s test items matched material from the common-core standards at or below that grade level. And for 8th grade math, the correlation was even stronger: 87 percent of items matched the Common Core. But when looked at from the other direction, there’s less alignment. Just 58 percent of the Common-Core standards from the 6th, 7th, and 8th grades are linked with at least one NAEP 8th grade test item.

“It looks like there’s material that is important to the Common Core which isn’t so far finding its way into NAEP,” Fran Stancavage, a lead researcher for the study, said in an interview. “And that would mean that there’s learning going on that isn’t being picked up by NAEP at this point.”

Camera of U.S. News reports that Bushaw isn’t ruling out a move that would draw NAEP closer to the new Common Core standards, though he cautions that the federal assessment needs to maintain distance from other academic guidelines.

There was some scattered sunshine in the NAEP numbers for a handful of the 21 urban school districts which receive their individual scores. (Cleveland had small gains, for example.)

In Jefferson County, Tennessee the achievement gap narrowed among black and Hispanic students at both the fourth and eighth-grade level almost across the board in reading and math, meaning students of color scored closer to their white peers. The exception was the gap widened in math for black eighth graders. Courier-Journal reporter Kirstin Clark smartly tied the scores to what the state’s teachers said (in a recent survey) they need in order to make even bigger strides: better professional development.

Writing for the Dallas Morning News, Holly Hacker notes that local schools are a national standout when it comes to educating English-Language Learners. In the fourth grade, 80 percent of ELL students showed a basic understanding of math, compared with 57 percent nationally. Dallas eighth graders identified as ELL were also stronger than their national peers in both math and reading.

The District of Columbia’s public schools, once considered among the worst in the nation, continued its trend of steady, across-the-board gains on the 2015 NAEP. Superintendent Kaya Henderson, who hosted the national release event for the assessment, trumpeted the news on Twitter with the hashtag #DCPSRising:

It’s so refreshing to be a positive national example of success! We truly appreciate the recognition. #DCPSRising #stillmoreworktodo

(Schools in the nation’s capital have been on the upswing for several years but some analysts argue the boost in performance should in part be attributed to the rise in median incomes of Washington households.)

In neighboring Maryland, the NAEP scores were grim – a precipitous drop that was among the largest decline in the nation between 2013 and 2015. But again, here’s where context matters: Maryland also significantly expanded the number of ELL and special education students it tested this year. Its exclusion rate for those groups had been the highest in the country, and the state (along with several others) had been urged by NAEP administrators to address the issue. From The Washington Post:

“I think the good news for Maryland is we were a lot more inclusive,” said Jack R. Smith, interim state school superintendent, who attributed some of the decline to data skewed by a prior exclusion of students who generally perform more poorly. Smith said other factors were involved, too. “It’s very concerning, and it poses a lot of questions that we as educators need to consider,” he said.

Looking ahead, the 2017 NAEP scores are expected to carry an unusual amount of weight. For supporters of recent reform efforts like the Common Core, an improvement in reading and math scores would likely be seen as a validation. Or, if there’s another decline, it could bolster arguments that it’s time for a change – again.  Whether education scholars think NAEP should settle policy battles in the first place, well — in the spirit of Star Wars, don’t be surprised if the data scientists might just strike back.