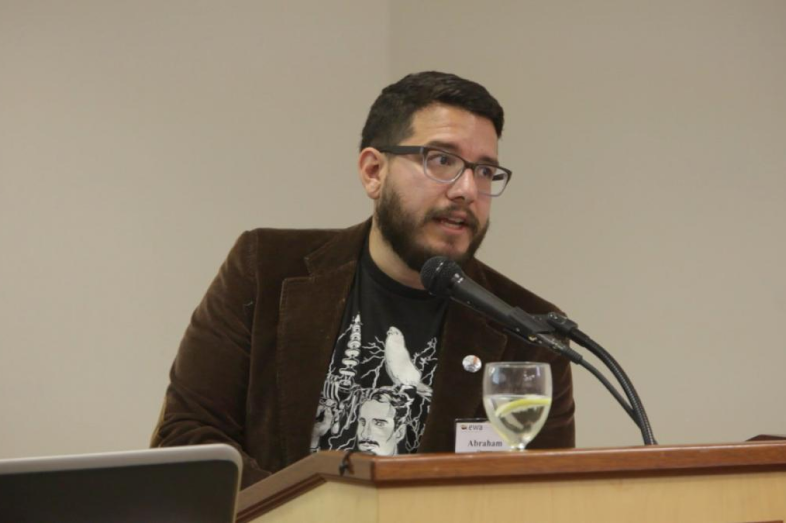 What Reporters Should Know About Career and Technical Education

Author: Joe Robertson of The Kansas City Star
Back to Skills

EWA recently held a seminar on STEM education and student skills at the University of Southern California. We asked some of the reporters who participated to contributes posts from the sessions. Today’s guest blogger is Joe Robertson of the Kansas City Star. You can find out more about STEM education on EWA’s topic pages.

Jim Stone III, the director of the National Research Center for Career and Technical Education, kicked off  the EWA seminar session on the need to redesign high schools for career and technical education (CTE) with a cartoon.

Then came a dose of reality.

The job qualifications for a home health aide, Stone said, “are breathing, and the ability to lift large, inert objects.”

The point, he told the roomful of education reporters at the University of Southern California, is that “one of the challenges” in driving change in high schools “is a distorted understanding of the labor market.”

To the reporters in the audience, Stone offered several questions and observations they should consider in examining the strengths and weaknesses in CTE programming in their school districts:

Stone was joined on the panel by a pair of educators who are building programs that aim to prepare graduates attuned to the changing world. Abraham Orozco, the scientific arts director for Heart of Los Angeles, has been drawing students away from some of the dangers and distractions of the city’s Rampart District and pointing them toward STEM careers. Steven Rockenbach is principal of the newly opened McBride High School in Long Beach Unified School District, which is making project-based instruction the core strategy for students whose curriculum wraps around various career pathways.

At HOLA, Orozco said, 70 of the 73 graduates in 2013 who were in the program advanced to either a 2-year or 4-year college or university. It’s an important achievement in the Rampart District, where there are 30 active gangs whose gunfire prompts “lockdowns almost every other week,” he said.

Some 98 percent of the youth they serve come from families that qualify for free or reduced-price lunches.

“It’s very impactful,” he said. “We have a chance to change the community we are in.”

The program has captivated the imaginations of its students by deriving its instruction from the technology experiences they already enjoy. They are learning coding through video games. Mine Craft opens them to the study of architecture and design. Their designs are turned into tangible products through 3-D printing. They build sailboats, and set them into the water in MacArthur Park.

The panelists said CTE classes also have to have a degree of comfort with risks – like letting students use soldering guns that can burn in HOLA’s electrical circuitry class. Or, as Rockenbach said of McBride High School, giving high school students access to the Internet during school. “If we don’t teach them how to use the Internet and technology responsibly,” Rockenbach said, “we are failing them.” Long Beach conceived and built McBride “from the ground up,” Rockenbach said, “with no preconceived notions.”

The aim of the school is to prepare every one of its students for a 4-year university option. But knowing that not all will want to take that path, and the school also prepares them for a full range of career options.

Courses gel into career pathway themes to build relevance in their lessons – in engineering, health and medicine, or criminal justice and investigation. The high school aims to drive students’ learning through those lenses, but also focuses on building the kind of skills that will serve them no matter what career path they ultimately take.

“Having the ability to make a hypothesis and knowing how you prove theory with research goes across all curricular areas,” Rockenbach said.