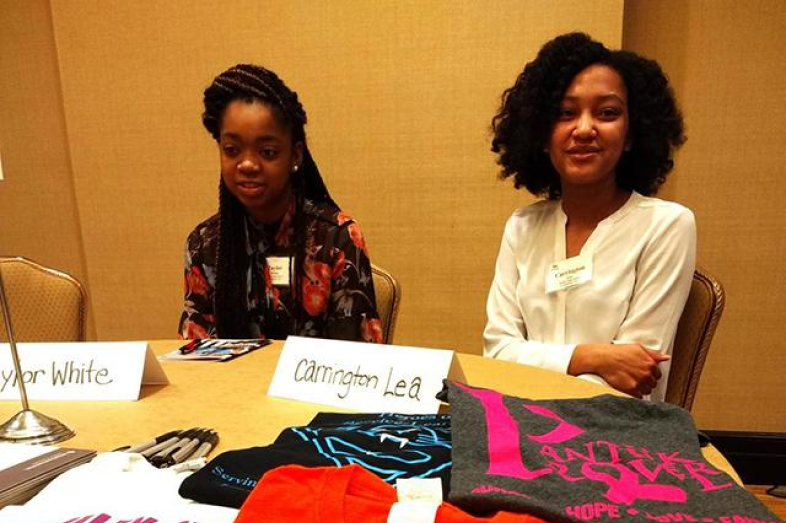 Dozens of journalists gathered in New Orleans this month to explore a dimension of education that often gets short shrift both in schools and in news coverage: developing students’ character and preparing them for active citizenship.

Reporters heard not only from educators, experts, and fellow journalists, but also students from New Orleans and beyond. Issues on tap included the moral education of young people, social and emotional learning, media literacy, and the rapid rise of ”restorative justice” as an alternative to traditional disciplinary practice.

To get things started at the EWA seminar in New Orleans, reporters helped to create a word cloud by sharing the single character trait they think is most essential for schools to foster.

Below is a sampling of the Twitter chatter from the February 15-16 event.

Marvin Berkowitz of @Mizzou: “Why is character important? Because it saves the world.” #ewaCharacter

“We know we can’t teach these skills, we have to be these skills.” – @UrbanAssembly‘s David Adams on the teachers’ role in imparting character education to students. #ewaCharacter

Pretty sure it’s a journalism rule that something big will break on your beat while you’re at a conference or on vacation or something.

This makes the education reporting job tricky. That and the acronyms #ewaCHARACTER pic.twitter.com/KzJp9M3ME3

Really interesting talk by @RonBergerEL at #ewaCHARACTER seminar re the rise & fall (& rise again) of character education. His basic idea: Character education was stripped from schools and only returned when educators could make case it was connected to academic success. #GRIT

“If we can show them a little bit of vulnerability, the sky’s the limit.” – Cornelius Dukes of Abramson Sci Academy in New Orleans on teacher and faculty modeling relationships with students #ewacharacter

Schools are closed in NOLA this week, so we brought the students to our #ewaCHARACTER event, including these two from @KIPP Leadership Academy. @ClaireMcInerny pic.twitter.com/5lkKOQ3KDr

Terrific panel of students at #ewaCHARACTER conference explaining what works at their schools to make them better people. Said one,”One thing I’ve learned at my school is that you can always keep on learning.” pic.twitter.com/iicIWk5MHO

“We are all bilingual.” Black teen at #ewacharacter just explained code switching (without using that term) to a room full of mostly white adults, by referencing language and behavior in home, professional settings. Nods and applause after.

Wow. Just spent the last couple of hours listening to and talking with students and educators whose schools embrace character and social emotional learning as part of their identity & mission. #ewaCHARACTER

.@CRAcircles’ Troi Bechet on #RestorativeJustice: “If we want children to grow up to be socially responsible people, we need them to believe doing the right thing is the right thing to do.” #ewaCHARACTER

“Restorative justice is a red herring,” says @maxeden99, and its growth stems from feds’ demands that school suspension rates come down, rather than a genuine interest in rethinking student discipline. #ewaCharacter

All the snaps for @gtoppo suggesting that the panelists sparring over the merits of restorative justice at #ewaCHARACTER hash things out in a restorative circle.

5th grade information technology teacher Jana Chao from Clinton, Mississippi shows this to her students when they learn media literacy and distinguishing between real and fake news #ewaCHARACTER pic.twitter.com/MzuDiSIGm4

Leave it to @EdWriters to send off #ewaCHARACTER participants with a box dinner. Sure hope there are shrimp po-boys in there… pic.twitter.com/N6memHG8J4

Another fabulous @EdWriters seminar has ended. Now…what to do in NOLA? Suggestions?#ewaCHARACTER