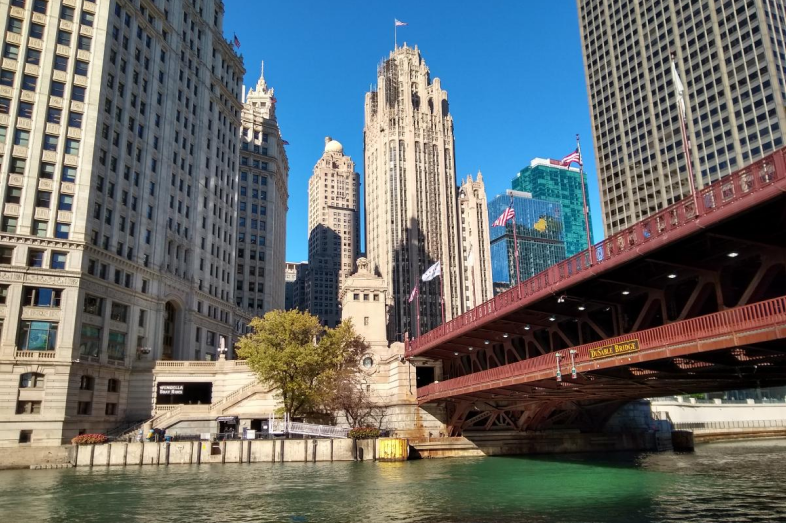 What You Missed at the #ewaTEACH18 Seminar in Chicago

Journalists from across the Great Lakes region and the U.S. gathered in Chicago Oct. 18-19 to learn more about the teaching profession during a time of transition for the field, and to get story ideas and inspiration.

The event explored the recent surge of teacher activism across the country and the growing mismatch between teacher diversity and student diversity. Reporters also explored teacher prep, teacher evaluation, and dived into data on teacher pensions, salaries, and absenteeism.

In addition, some of the journalists visited the UChicago Charter School Woodlawn Campus to learn about teacher residency programs.

Here is a mix of tweets highlighting various elements of the EWA conference.

Union membership has continued to grow in Arizona since the teacher walkouts, says @marisolgarciaaz of @ArizonaEA. And ‘social justice’ is a high priority of new members, she said. #ewaTEACH18 pic.twitter.com/eaKNWSGN1Q

How can we motivate more young people, particularly POC, to pursue a teaching career? For starters, says @SarojaWarner, let’s stop referring to the job as a “war zone,” a “battlefield.” #ewateach18

White teachers need to take responsibility of knowing their students culturally and having experience working with students of color before going into the classroom, says Sharif El-Mekki at EWA conference in Chicago #ewateach18

Former pre-K teacher ⁦@davidloe⁩ urges reporters to avoid being distracted by the “cute factor” in classes of 4-year-olds & make sure to ask about the learning goals behind what might look just like playing #ewaTEACH18 pic.twitter.com/6btPpoaZhM

.⁦@barbaralaker⁩ to #ewaTEACH18: “The only way to do this is to be completely upfront with people about what you’re doing.” (That’s her desk.) pic.twitter.com/j8JJ0yEHFx

Evan Stone with Educators for Excellence says the silver lining of Janus is unions are spending more time engaging members and figuring out what they want from the union. #ewateach18

After building his own database on teacher credentials from public records, education reporter ⁦@Ricardo_Cano1⁩ found the use of teachers with only “emergency” teaching credentials was rampant across Arizona #ewaTEACH18 pic.twitter.com/3fNwGVIDjn

Well, if you look at that — the states that walked out last spring are in red. Arizona teachers made 65 cents on the dollar to other college grad workers — shown by the far left bar on the graph. #EwaTEACH18 @Sly21 pic.twitter.com/wpR6ZEAzsh

I learned more at #ewaTEACH18 than I could have hoped for. I met so many stellar education journalists from all over the country and I’m so grateful. Now it’s back to Minnesota to put it all to use. ?? I’ll be back for you, Chicago! pic.twitter.com/ca6xiTXiEC