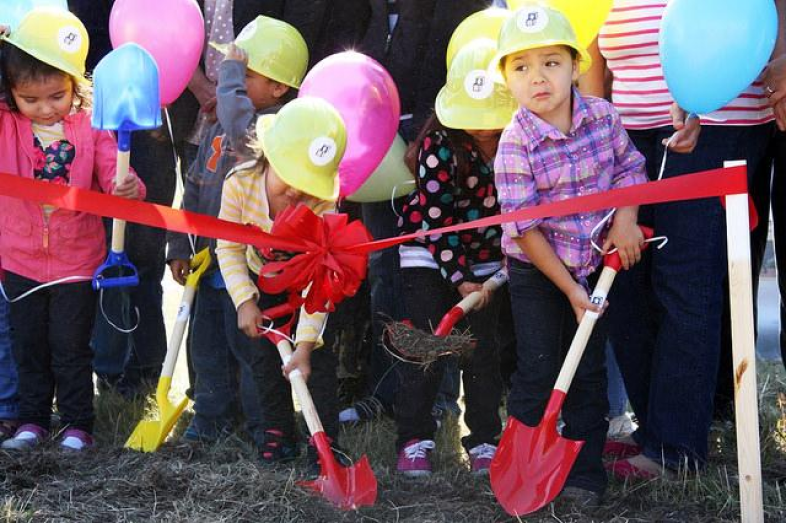 What’s Ahead for Head Start?

To some, Head Start is an essential yet underfunded part of the education system. To others, it’s a classic example of a bloated federal program.

Despite the wide divergence in opinions and the political sea change driven by the 2016 elections, the nation’s largest and oldest federally-funded early childhood education program appears likely to remain in place.

In fact, even as President Trump proposed big cuts to some education programs, his first budget request would keep federal aid about the same for Head Start, with a slight dip of $85 million, less than a 1 percent reduction.

But what form the $9 billion program should take amid a re-envisioning of the federal role in education is the subject of debate on Capitol Hill, within federal agencies, and, earlier this month, at the Education Writers Association’s National Seminar in Washington, D.C.

Steve Barnett, the director of the National Institute for Early Education Research, explained in his presentation that Head Start is more than just a federal program. Instead, it is an amalgamation of local Head Start programs that have various partners at the local, state and federal levels. Add to this the local flavor each community brings to a particular Head Start program, and even differences in administration by different regional offices, and it quickly becomes apparent why Head Start is so hard to summarize.

“Stories about what’s happening to teachers in Head Start would be different from one state to another,” Barnett said during the June 1 panel. He noted the large disparity in average salaries for Head Start instructors, from $20,000 in Mississippi to more than $70,000 in Washington, D.C.

Katharine Stevens, a resident scholar with the American Enterprise Institute, said a question often asked about the early childhood program — “Does Head Start work?” — is nonsensical.

“I think (Barnett’s) presentation is outstanding; it’s really underscoring that that question doesn’t make sense. That’s like saying, ‘Does fourth grade work?’” Stevens said during the panel. “For you guys who are reporting on education, you would never consider that to be a reasonable question.”

What makes early childhood education so exciting, Stevens said, is that there is no other area of social policy that has such a clear body of scientific research. This research shows how crucial the first five years of life are to a person’s development.

For example, she said, research shows a child is born with the same number of nerve cells as an adult, but with only 2,500 connections. However, by age 3, that child has 15,000 connections, showing that the brain is “literally getting wired up” during this period.

A critical influence on that brain wiring comes from the environment in which children are placed. Stevens said she does not like to compare early childhood programs because ultimately what matters is the results, not the design of the program.

One area of concern, she said, is the amount of time millions of children spend in child-care settings that do not provide a stimulating environment. A child who is enrolled full-time in child care from infancy will have spent 9,000 hours in child care prior to turning 4, when many preschool programs begin.

“I just want to remind you what’s been going on in environments that make the worst public schools look outstanding,” Stevens said. “So that’s where these children are. … So I don’t know how to fix child care. But when I’m looking at this picture, that’s what I’m most focused on.”

Yasmina Vinci, the executive director of the National Head Start Association, painted a decidedly upbeat picture of Head Start during the EWA panel. She said about 32 million people have had the “Head Start advantage” over the course of the program’s 52 years.

“Head Start actually works,” she said. “You can see it in the lifetime outcomes of the Head Start graduates — things such as lower rates of high school dropouts than similar kids, high rates of college completion, higher lifetime earnings, less incarceration.”

Vinci expressed optimism that the program will continue to improve thanks to a new set of performance standards.

Finalized in the last months of the Obama administration, the standards govern everything from teacher qualifications to the number of hours that local providers must be open. The standards were written to be simpler and less prescriptive so that providers can focus more on doing what works best for their students and less on what Vinci said are burdensome compliance requirements.

Stevens of the American Enterprise Institute sees upsides and downsides to the new standards. In some states, she said, the old model is “the best thing that kids have going.”

For his part, Barnett said some local programs are “afraid” to innovate based on what they have heard from their regional Head Start offices.

Vinci said the National Head Start Association focuses on the programs that figure out how to “work around” the system to get better results.

• With local Head Start’s reliance on partnerships, who is left out in one program and served in another?

• What are the effects of local, state and federal budgets on local Head Start programs?

• What is the state of staff working conditions, especially salary, given the national discussion around having a minimum living wage of $15 per hour?

• Why do local programs vary in terms of funding, quality, and enrollment?