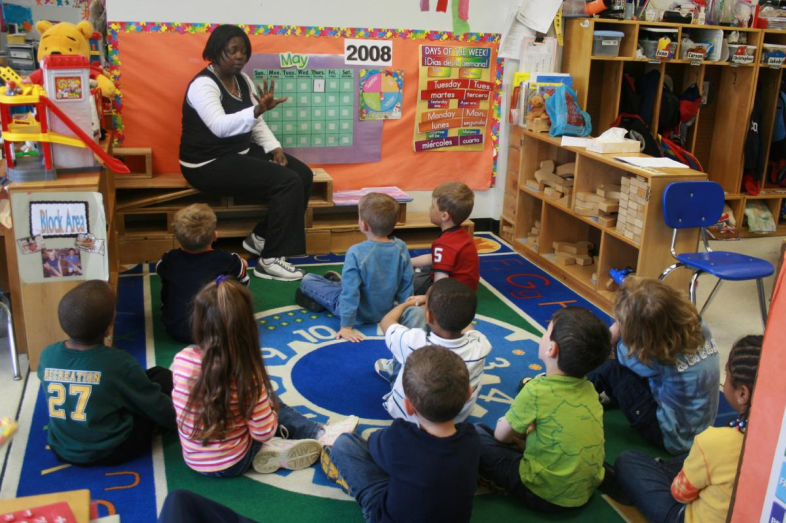 Where Students Miss the Most Class, and Why That’s a Problem

The precocious teen who’s too cool for school – earning high marks despite skipping class – is a pop-culture standard, the idealized version of an effortless youth for whom success comes easy.

Too bad it’s largely a work of fiction that belies a much harsher reality: Missing just two days a month of school for any reason exposes kids to a cascade of academic setbacks, from lower reading and math scores in the third grade to higher risks of dropping out of high school, research suggests.

A new analysis of federal data shows that the problem of chronic absenteeism is both widespread and concentrated. Of the more than six million students who are chronically absent, half attend just 4 percent of the nation’s school districts and 12 percent of the nation’s schools. Nearly nine in 10 districts report chronically absent students, based on data from the 2013-14 school year, a figure that some experts believe is an undercount. The report defines chronic absenteeism as missing at least 15 school days each year, which is roughly 10 percent of the academic calendar.

Pinpointing the students who miss school that often is crucial, said Hedy Chang, a co-author of the report and the director of the advocacy group Attendance Works.

Robert Balfanz, the other co-author of the report and the director of the Everyone Graduates Center at Johns Hopkins University, said districts with high levels of chronic absenteeism are located in diverse settings, from large urban centers and affluent suburbs to small post-industrial towns and rural enclaves.

“We have to know where we have to go to find these kids who are chronically absent, and tailor our approach to the situation,” he said. “A big benefit of this report is it helps us understand the contours of chronic absenteeism.”

In the Philadelphia school district, 37 percent of the system’s 144,000 are chronically absent. Among high school students, the figure shoots up to 51 percent. The districts in Baltimore and Milwaukee have similar numbers. For Cleveland and Detroit, the chronic absenteeism rates are around 50 percent, and more than 60 percent of Cleveland’s high schoolers missed more than three weeks of school a year.

The report’s authors write that one common denominator linking these cities is the “nearly 100 years of historical actions that aimed to segregate African American populations in sections of the city with the poorest housing, greatest proximity to industrial pollutants, greatest exposure to violence, and highest unemployment rates, resulting in widespread inter-generational poverty.”

Tyrone Howard, an associate dean of inclusion and an education professor at the University of California, Los Angeles, said in an email that “chronic absenteeism is typically one of the most ardent signs that something serious may be happening with a student and his or her family.” He noted that students who skip school may be caring for younger siblings, experiencing neglect or homelessness – a plight endured by 1.3 million U.S. students – or facing related traumas.

“Such episodes can lead to students avoiding school for long periods of time,” he added.

Some districts with high levels of chronic absence have more resources than others. Chang and Balfanz’s research shows that affluent suburban districts, such as those in Fairfax County, Virginia, and Montgomery County, Maryland, post some of the highest absenteeism numbers in the country, likely as a result of their growing low-income populations, though the communities’ wealth can provide the financial backstop to support students who are missing too much class. In fact, recent reporting from U.S. News & World Report found that some rich suburban districts receive more federal aid for low-income students than smaller but far poorer districts.

Also at risk are the hundreds of thousands of students in smaller, post-industrial cities, “places like Utica, Schenectady, and Albany in New York, and Syracuse and Buffalo, all of them have very high rates of chronic absenteeism, often topping 50 percent, and they all often have very high rates of concentrated poverty,” said Balfanz. “That’s part of the challenge, that many states have these sort of economically and socially isolated cities spread out across the state.”

UCLA’s Howard joins other scholars in advocating for more social workers and psychologists on school campuses to address the factors that may drive chronic absenteeism. An NPR story recently spotlighted a principal in St. Louis who acquired several free washers and dryers after learning some students avoided school because they lacked clean clothing.

Other researchers and school leaders point to districts collaborating with local charities or agencies to address chronic absenteeism. The Nashville school district joined forces with the city’s after-school program, called Nashville After Zone Alliance (NAZA), to share student demographic data and results on interim tests. The program identifies students who are struggling academically and pairs them with tutors to receive additional learning. School and city leaders in Grand Rapids, Michigan, launched an advocacy and training campaign for educators that has resulted in the absenteeism rate dropping by a quarter and student test scores increasing over time.

Such collaborations may multiply in the near future. That’s because Congress recently overhauled the main federal law for K-12 education, now called the Every Student Succeeds Act. The federal legislation encourages the lowest-performing schools in districts to partner with afterschool providers and other community organizations.

“This is a beyond-schools approach – this is a multi-sector approach, and we have to use our data to bring in those partners,” said Attendance Works’ Chang.

The data point is key: Until recently few districts had the incentive to monitor chronic absences, and instead looked at truancy – a type of unexcused absence – or suspensions. But under the newly overhauled federal education law, states and districts for the first time must report annually on their rates of chronic absenteeism.

Still, Chang said data filed annually isn’t enough. While the federal data set her report used was the first time information on chronic absenteeism had been made publicly available nationwide (the data came out in June), Chang urged districts to collect the information on a continuous basis to detect troubling trends before they escalate. She also believes gathering information only on students who miss three weeks or more of school conceals students who need serious intervention, such as those who are gone for weeks at a time. Relying on cut-offs also obscures kids who miss just under 10 percent of the school year.

Beyond academics, students who frequently miss school are less likely to adopt the behaviors and social norms that employers, colleges and law enforcement may expect, experts say.

“Absence is often associated with low supervision … and alienation or detachment from conventional institutions,” said Patrick H. Tolan, the director of Youth-Nex, a center at the University of Virginia that conducts research on factors influencing youth development.

Camille Farrington, an education scholar at the University of Chicago who studies the ways students’ emotions and mindsets influence learning, added that “poor attendance itself can cause problems with healthy development because of the disruption it causes to academic achievement (and learning) and to social connections with peers and adults at school.”

Students should also want to attend school, and not just for the academics, Chang of Attendance Works said. “We have to have an even more concerted effort around making sure that schools are warm, welcoming, engaging.”