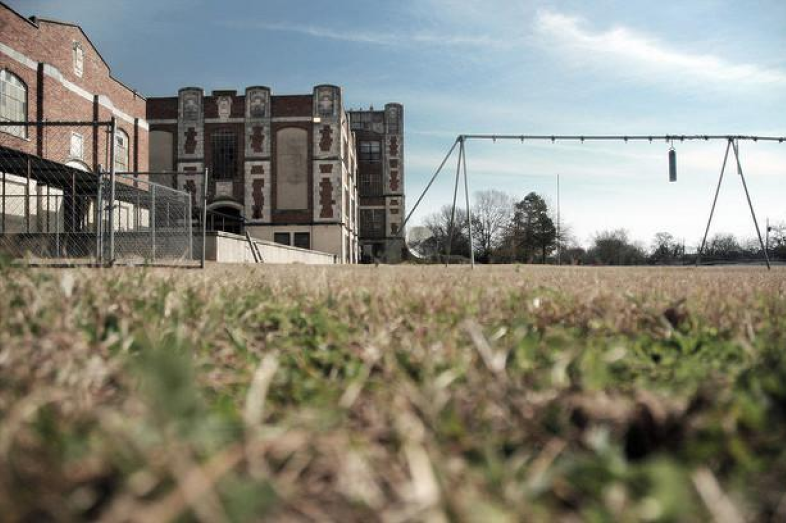 Why High-Poverty Schools Need Not Be ‘A Fact of Life’

As reporters, we often take it for granted when we visit a high-poverty school that it will be surrounded by a similarly struggling neighborhood. And we’re not alone, according to Paul Jargowsky, the director of the Center for Urban Research and Urban Education at Rutgers University. Even as the events in places like Ferguson, Missouri, have prompted important discussions about urban poverty, he says these talks are ignoring a more fundamental question: Why do we have these concentrations of low-income communities to start with?

We’ve “taken that as a fact of life,” he said at a recent EWA seminar in Chicago on covering poverty and education. “It’s not inevitable. It’s the result of very specific policies that we have in this country, and the procedures and institutions that we have.”

While policymakers and the public at large – intentionally or not – avoid talking about how to change those procedures and institutions, Jargowsky has studied how these concentrations of poverty are becoming more and more prevalent, particularly in small- and medium-sized cities. High-poverty neighborhoods are expanding out from the city centers and, in some cases, into the suburbs. (For the purposes of his research, a high-poverty neighborhood is a Census tract where at least 40 percent of residents meet the federal definition of poverty, as measured by the U.S. Census Bureau.)

It’s all a result of exclusionary zoning practices, Jargowsky maintains. Say a developer wants to build small homes that would be financially feasible for poor families in the suburbs. They’re often blocked by city governments from doing so. Jargowsky has served as an expert witness to fight against these types of discriminatory policies.

When affordable housing isn’t available elsewhere, poor families find themselves clustered together. This problem was at a low in 2000, when just 7.2 million Americans lived in high-poverty neighborhoods. The number has increased 91 percent since then to 13.8 million, he said. The figure is up for blacks, Latinos, and whites – and it’s increasing the fastest for the latter demographic group. Currently, 3.5 million white Americans live in a high-poverty neighborhood, up from 1.4 million in 2000.

But, the problem is still the most acute for black and Latino populations, according to Jargowsky. One in 13 poor white Americans in cities live in a high-poverty neighborhood, compared with one in six for Hispanics and one in four for blacks.

These trends are seen the most in older industrial cities in the Northeast and Midwest, rather than in the country’s largest cities.

“I think that’s why we’re not talking about this very much,” Jargowsky said. “It doesn’t filter into the national consciousness as much.”

So what can be done about this? Jargowsky said there’s not a lot of political will to change anything. Another obstacle is that a lot of people aren’t even aware of zoning issues. And, of course, people who want to maintain the status quo are willing to spend big to make sure that happens, he said

“I’m not going to try to force anyone to move anywhere,” he said. “Let’s build some of those and see if they want to move there. … Spread the poverty out a little bit.”

But Jargowsky’s presentation at EWA’s seminar  – and his suggested fix – features single-family homes, not apartment buildings. The latter, he acknowledges, are trickier, particularly because of the reputation public housing has in cities as being dangerous.

If just one suburb builds them, the residents who can afford to move might flee to others without projects. The overall poverty level in that suburb would rise. Jargowsky says that in order for low-income apartments to work in suburbs, the buildings would need to be spread out over several surrounding communities to eliminate affluent families’ option of moving away.

If socioeconomic demographics did begin to look more similar across neighborhoods and town lines, it would make school systems more economically diverse, he said. That might help decrease poverty in the long run.

“And the school goes down another notch,” Jargowsky said. Schools are “a consequence and a cause of people trying to get out.”