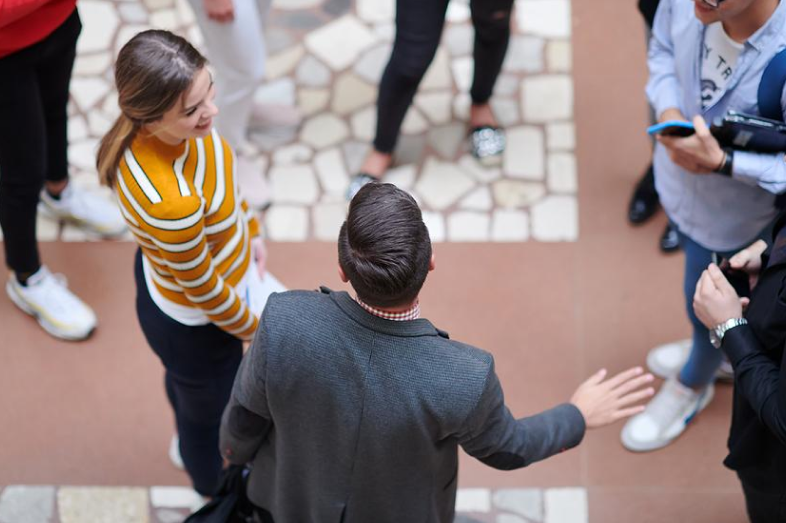 Generally, Academic Freedom is the concept that professors, in the pursuit of knowledge, should be free to take their inquiries wherever they deem necessary without fearing retaliation, and that the success and health of the academy rest on that freedom.

What is academic freedom?

Generally, it’s the concept that professors, in the pursuit of knowledge, should be free to take their inquiries wherever they deem necessary without fearing retaliation, and that the success and health of the academy rests on that freedom. The American Association of University Professors (AAUP), which was created in 1915 for the purpose of defending academic freedom and is an authority on the matter, distills it into four main components.

A faculty member has: 1, the freedom to discuss “all relevant matters” in the classroom; 2, the freedom to explore “all avenues of scholarship, research, and creative expression” and to publish their work; and 3 and 4, freedom from “institutional censorship or discipline” for both intramural speech (meaning speech that’s related to the university/workplace, such as a professor who criticizes her college’s president) and extramural speech. That last bit is the most controversial. Not everyone agrees to what degree academic freedom protects extramural speech. We’ll get into it down below.

In practice, who decides what academic freedom means?

Many colleges have relied upon the AAUP’s language when they crafted policies and procedures to protect academic freedom on their campuses. That language has also been enshrined in faculty handbooks and collective bargaining agreements by faculty senates and unions. (There’s also some relevant Supreme Court cases, if that’s of interest.) So when a professor does or says something controversial, chances are there are rules on the books — along with a strong academic custom — that give the faculty member a lot of latitude over allowable speech/conduct.

But this doesn’t mean that a person’s academic freedom is automatically protected when such controversies arise. University administrators are often the ones interpreting those policies, and sometimes their views differ from the faculty member’s. It’s made even more complicated when such incidents capture the attention of interested parties, such as student activists, lawmakers, and news outlets. Also, though academic freedom applies to all faculty members, including those off the tenure-track, from a practical standpoint, the tenured are much more protected against infringements on their academic freedom than the non-tenured.

Are there any limitations on what professors can do or say?

Yes. Academic freedom does not protect, for example, a professor being a terrible teacher for years on end. Faculty members are still governed by professional standards and have regular reviews to make sure they meet their institutions’ requirements (though that doesn’t mean bad professors are always filtered out. The San Francisco Chronicle published a great story about an economics professor who taught bunk race science for years with basically no consequences.) The AAUP has said that faculty members, when teaching, should avoid addressing controversial matters that aren’t related to their subject at hand.

But the majority of academic freedom controversies these days are over extramural speech — i.e. something a professor says or writes as a citizen, such as on Twitter or in a blog post. Decades ago, the AAUP advised that faculty members are free to express those opinions without fearing discipline or censorship from their colleges, but they should be accurate, exercise appropriate “restraint,” and show respect for other views. But when push comes to shove, the AAUP is generally against the punishment of any faculty member for their extramural speech, no matter how offensive, unless said speech displays “disciplinary incompetence.” So if a European history professor publicly declares the Holocaust is a hoax, for example, it arguably would not be a violation of her academic freedom for her to face some consequences. (I say “arguably” because scholars often disagree on how expansive the protections of academic freedom should be, especially when it comes to speech outside of the academy. Professors, themselves, often don’t have a good handle on what it protects. When writing about this stuff, try to interview more than one expert.)

Another important distinction: academic freedom is not the same thing as free speech, for a few reasons. The First Amendment protects all expressions equally whereas academic freedom is based on the concept that some ideas are better than others, and without people being able to bandy those ideas about, we don’t get the progress of knowledge. Also, the First Amendment is mostly thought of as an individual right, i.e. my right to petition is being infringed upon. Academic freedom is more like an ecosystem. A faculty member’s peers determine what’s within the bounds of their discipline. And the censoring of one person on campus could lead to a greater chilling of academic freedom across campus, the argument goes.

However, practically speaking, the distinction between academic freedom and free speech is sometimes blurry. At public universities, they can overlap. For example, in 2019, Indiana University at Bloomington’s provost publicly condemned a professor’s views on race, gender, and sexuality, which he’d expressed on social media and on his website, as “stunningly ignorant” but said that he wouldn’t be fired because the First Amendment forbids it. The university did put into place certain safeguards, such as double-blind grading, to ensure students were not subject to his prejudices.

Protecting extramural speech can seem like an odd marriage with the rest of the principles of academic freedom. To preserve free inquiry at American universities, why do we need to give a pass to every dumb, racist, or ill-thought-out thing that a professor spouts into the universe? Well, one professor argues, “cultivating a professoriate willing to speak its mind on any topic and in any forum is a necessary precondition for intellectual progress. Extramural speech might not contribute much to that progress, but failing to protect such speech might well hamper the kind of advancements in human knowledge that we most care about.” That high-minded principle becomes more complicated in reality when, for example, students feel harmed by the faculty member’s offensive speech and want their college to take action.

As mentioned above, academic freedom is complicated. Scholars have spent thousands of pages debating these topics. But here are a few prominent cases to make academic freedom less abstract.