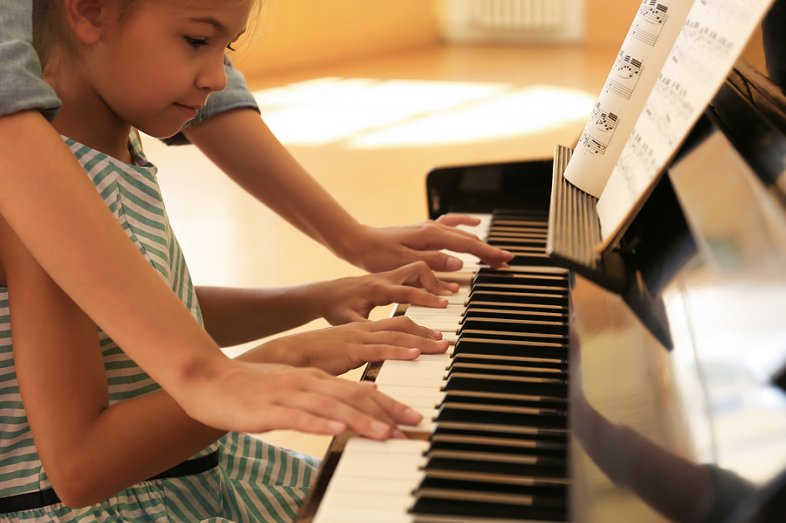 How to Find Stories in Arts Education

Arts education contributes to overall student achievement and well-being. But not every student has access, including those who are Black, Latino and low-income. Dig deeper into these inequities. Learn who’s increasing access and funding the arts locally and nationally, and read the fine print.

Author: Lily Altavena of the Detroit Free Press for EWA
Back to How to Cover the Story

Macaroni glued to paper, holiday songs performed to a crowd of parents on a school night, a school production of Oklahoma: These are all stereotypical notions of what arts education looks like in K-12 schools.

But those ideas hardly encompass what really happens in drama, music, art and dance classrooms across the country.

Education journalists can dispel these stereotypes by reporting from these classrooms and examining the significance of arts programs in schools.

Art, music and drama programs in public schools date back to the 1800s and earlier. Massachusetts was the first state to incorporate art in its general education program, according to University of Chicago research, and in the 1820s, “An Introduction to Linear Drawing” was adapted for public school students to use.

In the 21st century, many arts programs in public schools have flourished. Arts education includes visual arts, such as ceramics and photography, and performing arts, such as dance and music.

While schools are funded in different ways in every state, many state funding formulas create funding gaps between schools in wealthy areas and schools in low-income areas. In some cases, this means arts programs are cut for other vital courses, like English and math.

Jamie Kasper, director of the Arts Education Partnership, said news coverage often focuses on the entertainment value of student performances or shows, but journalists should examine learning in arts education and “the hundreds of hours that got students to that point.”

“Number one is talking to young people about the learning and about the process of learning, about the mistakes they’ve made and how they will learn from those,” she said.

Here’s what reporters should know:

The big hurdle: Funding and standards

Money for arts education courses in public schools can be divided into a few different buckets of funding, including state, federal and grant funding.

State funding: How a state funds arts education will vary and some, if not all, of that spending will likely be up to a school district’s discretion. Reporters should also talk to education finance experts about whether their state funding mechanism allows local school districts to use bonds or other taxes on arts funding, and whether those funding systems allow districts in wealthier areas to create more robust arts programming.

It’s also important for reporters to note whether their state is one of 31 that includes art as a core or academic subject and what arts standards their state has adopted.

Colorado, for example, treats the arts as a core subject as part of a 2010 effort to mandate arts education statewide. Colorado’s arts standards include dance, drama, music and visual arts.

More than a dozen states, including Arizona, also have adopted the National Core Arts Standards, which are standards in dance, theater, visual arts, music, and media art, according to reporting from Education Week.

Federal funding: Congress funded the federal Assistance for Arts Education program at $31 million in fiscal year 2021, according to Americans for the Arts.The program, authorized by the Every Student Succeeds Act, funds professional development for arts educators, development of learning materials, community outreach, and national outreach that expands access to art programs.

“I think in the immediate term, we’re in pretty good shape as a nation,” she said. “I’m interested to see what happens as funding goes away.”

Grant funding: Nonprofit arts organizations hold major influence in funding and supporting school and local arts programs. One of the biggest examples of this is the National Endowment for the Arts, which has awarded more than $5.5 billion in funding to bring arts to communities across the country through a variety of grants.The organization includes a state-by-state breakdown of funding.

Reporters in California should pay close attention to developments related to Proposition 28, passed by voters in November 2022, which will bring $1 billion annually to fund arts education in schools.

The proposal’s passage is just the beginning of the story: Track where this money flows and what the windfall of resources looks like in the classroom. The proposal also allows local school districts to decide how they’ll allocate the money to the arts, according to EdSource in California. Reporters can collect data about the spending district-by-district and analyze how it’s spent.

But journalists should also be aware, as the Los Angeles Times reports, that the proposition allows lawmakers to reduce funding during rocky economic times.

It’s crucial that reporters examine both the significance of arts in public education and ask who in their community can access arts programming.

Substantial research shows the benefits of arts in public education.

According to a Rice University study published in 2019, which focused on elementary schools, adding to arts education programs corresponded with a 3.6 percentage point reduction in disciplinary citations and an improvement in standardized writing scores.

A 2021 report from the American Academy of Arts and Science cites research that shows that students enrolled in arts programming have better attendance rates, and has a significant effect on students with a history of chronic absenteeism.

The benefits of arts programs on students are numerous, Kasper added.

Nationally, students with Latino or Black parents, parents without a college degree, and parents making less than $50,000 a year were less likely to have received any arts education in school.

A 2016 report, for example, found that low-income students in Denver were less likely to receive a quality arts education than their wealthier peers, reported Chalkbeat Colorado.

Reporters have the opportunity to dig deeper into these inequities. Journalists can investigate how comprehensive their local arts programs are – whether those programs include visual arts like ceramics or photography, or dance programs. Reporters should also look at how many students are enrolled in particular arts classes and whether these programs are adequately staffed.

While journalists should look at the data, they should also go directly to the classroom and ask school districts to allow them to observe what arts programming really looks like.

Scott Sheehan, president of the National Association for Music Education, said there are scores of stories to tell about individual students thriving in arts programs: Students have found their identity through a music class or found band class to be a safe space, he said.

“There’s a lot more of the individual stories, kind of under the radar … that I think are just so deep and meaningful for people of how students found themselves through music,” he said.

Recent examples highlighting the significance of community art programs include CNN coverage of prison arts programs, a CBS Bay Area story about a student’s mission to donate instruments to other students in need, and a story in the York Dispatch about a traveling elementary school program that teaches students to breakdance, among other moves.

These kinds of stories are fun to report and provide journalists with the opportunity to zoom out and ask significant questions: What works about these arts programs? What does funding look like? Does the district prioritize arts funding? Is there a particularly dedicated educator you can interview?

Sheehan also noted that an increasing emphasis on technology is fueling even more innovation in arts education, another possible story idea. Music teachers connected with students on an individual basis more often during the pandemic; they weren’t sitting in large band or choir classes in the same room, he said. Out of that came a lot of creativity.

“I’m blown away in my own classroom with what students can compose, where they have these musical ideas inside of them,” he said. “We try to give them the tools to unlock that.”