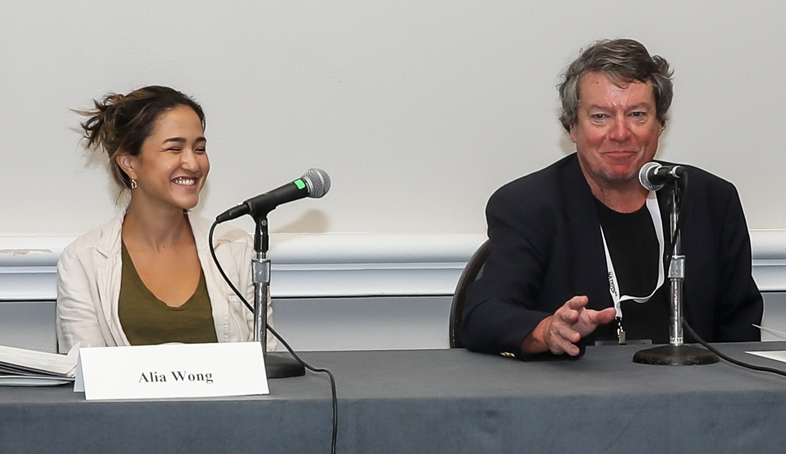 Math can often be an overlooked subject in education journalism, compared with its oft-debated counterpart, reading.

But the stakes have never been higher in math class in the shadow of the pandemic, with widening achievement gaps along racial and socioeconomic lines.

Average math scores nationwide fell more than scores did in New Orleans in the wake of Hurricane Katrina, according to a study in March by NWEA researchers, which was published on the Brookings Institution’s website. NWEA is a nonprofit organization that creates assessments, and Brookings is a nonpartisan think tank. Gaps in math scores between students in high-poverty districts and low-poverty districts grew by 20%.

Advocates say these disparities must be addressed before they worsen.

“Many of the struggles our students have is because we as a nation haven’t done enough work adequately preparing our teacher cohorts to teach math conceptually,” said Lacey Robinson, president and CEO of UnboundEd, a national firm dedicated to bringing equity to teaching practices.

Robinson was joined by two other panelists to consider media coverage around math during a session at the Education Writers Association’s 75th National Seminar on July 25 in Orlando. The panel was moderated by USA Today’s Alia Wong, who asked the experts how journalists can improve their coverage on math.

Set the Stage With Data

Tom Loveless, a researcher formerly with the Brookings Institution, presented data from the National Assessment of Educational Progress (NAEP). Black, Latino and Asian students have all increased NAEP scores over the past decade, from 2009 to 2019, according to Loveless.

Loveless also pointed to NWEA data as an indicator of how well students fared in math during the pandemic. The most staggering drops in achievement affected children who already struggled before the pandemic, he said.

“The groups in the United States who struggled with [the] subject matter before the pandemic have lost more: Disadvantaged kids … lost more during the pandemic,” he said.

“Math is for everyone, and I think that stigma is something that we need to work out,” she said.

Jill Diniz, the chief academic officer for math at Great Minds, an organization that builds instructional materials, said reporters should challenge the notion that time one-on-one with an educator should be prioritized over instruction to the whole class, leaving more time when a student is interacting with a computer.

Explore the Quality of Math Instruction

Journalists should question how teacher-preparation programs at colleges and universities are training educators to teach math, Robinson said.

Teachers without the proper preparation will struggle to discern what instructional material is effective and what is not.

“It’s got to go back to the preparedness of the teacher,” she said. “If you have a third-grade teacher who has no knowledge of the third-grade mathematical standards or the standards that preceded them and the standards that they’re aiming for – when you go to put the materials in front of them, they can’t discern if it’s high quality or not.”

Loveless cautioned reporters against relying on review websites to measure whether the materials educators use in the classroom is high quality or not; the materials it rates are not tested in the field.

And a defeatist mentality around math can turn into a self-fulfilling prophecy for students, Diniz said. Adults should rethink how they portray their own math skills to students; often, adult anxiety around math can trickle down to children.

“I would love to see the media reinforcing the idea that all students can achieve [in] math with high-quality instruction,” she said.

Share
Author
Lily Altavena
of the Detroit Free Press for EWA
Related Skills
A Tale of Two Math Terms: An Infographic Story About When to Use Percent Change vs. Percentage-Point Change
Meanville, USA, was an average American town. Until one day, a local journalist had to figure the best way to explain how town administrators planned to spend a sudden windfall ...
Percent Change Versus Percentage-Point Change: What’s the Difference? 4 Tips for Avoiding Math Errors
Many people get 'percent change' and 'percentage-point change' confused. Use this tip sheet, featuring insights from data journalism pioneer Jennifer LaFleur, to get it right.
5 Questions for Cassandra Mensah: How Schools Can Better Support Pregnant and Parenting Teens
Cassandra Mensah of National Women’s Law Center discusses how schools can support pregnant and parenting teens in this post Roe v. Wade world.
Reporting on the Student Loan Debt Crisis? Here Are Insights From Experts
Experts tackle questions of fairness and the future of student loans and forgiveness.
Investigating How Politics Is Affecting Education? Here’s What to Know
Amid an ‘all-time high’ in partisan polarization in the U.S., get background and tips to better cover the politicization of education and how it affects students.
Load More
x