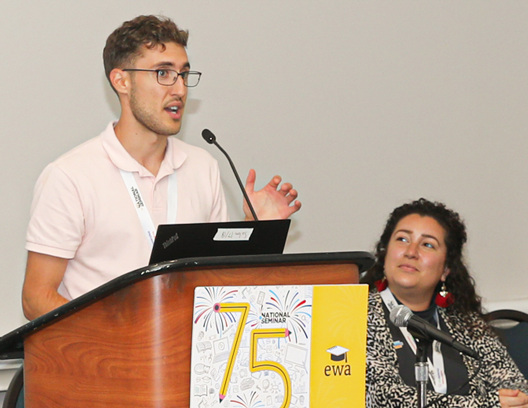 Covering After-School Learning Amid the ‘Engage Every Student Initiative’? Here’s What Reporters Should Know

Leaders involved in summer learning and after-school programs share background and give advice to reporters.

Four leaders involved in out-of-school organizations told journalists what a quality program looks like and what to watch for after the Engage Every Student Initiative began rolling out in July. The federal government partnered with five private organizations to give students access to “high-quality, out-of-school time programs” as part of the initiative.

“The time after school is the time when students can love learning,” Lehrer-Small said.

Engage Every Student Initiative: What to Know

After-school programs are not accessible for many, noted Jen Rinehart, senior vice president of strategy and programs at the nonprofit Afterschool Alliance.

About 25 million kids would attend if enough programs existed, she said. For the ones that do exist, it’s too costly, and kids lack transportation to get there. Low-income families are the ones who are missing out, Rinehart added.

The American Rescue Plan, however, could change that. Rinehart said the legislation, which provides financial relief in response to the pandemic, is a great opportunity to fund summer and after-school learning. But added only 1 in 5 of those programs have been able to access those funds.

Funds from the plan created the U.S. Department of Education’s Engage Every Student Initiative, which includes partnerships with AASA | the School Superintendents Association; the Afterschool Alliance, the National Comprehensive Center, the National League of Cities and the National Summer Learning Association. It was designed to ensure that every student who wants to attend high-quality after-school or summer programs can.

It’s the first time, Rinehart said, after the U.S. Secretary of Education, Miguel Cardona, called for universal access to after-school and summer programs.

“For those of us that have been working in this space, it’s a monumental moment,” Rinehart said.

Rinehart said she isn’t sure when journalists should expect more of a rollout of Engage Every Student because officials are still figuring out the next steps.

But she suspects those steps include Cardona visiting summer learning sites to learn more about them, announcements of funding opportunities and figuring out how to attract both students and staff to the program.

What After-School Organizations Hope to Accomplish

The National Summer Learning Association is one of the five organizations involved in the Engage Every Student Initiative.

Its vice president of programs and systems quality, Brodrick Clarke, said NSLA wants to fight the existing inequality in summer programs. A focus for the nonprofit is to close the opportunity gap between privileged and less-resourced children. It’s not necessarily about catching up on information a student missed during the school year.

A September 2009 report by Child Trends, a nonprofit research organization, stated summer learning programs are likely to have positive impacts when they include hands-on and real-world applications. It also suggests effective programs include grade-level curricular standards, experienced teachers and 15 or fewer student class sizes.

NSLA recognized Breakthrough, a national summer learning organization, as one of the best in the nation. That’s according to Gia Maxwell, a site director and director of curriculum and instruction at Breakthrough’s Miami affiliate.

A few factors Breakthrough looks for in scholarship recipients for its program are racial minorities, recipients of free and reduced meals and kids living in a single-parent household. The organization also offers a teaching fellowship. About a third of the scholars become teaching fellows, Maxwell said.

Since the pandemic, Maxwell said staffing has been challenging at the Miami location. She said they are typically fully staffed by the middle of May. The program starts the third week of June. This year, they were only 75% staffed a week before the program started.

However, with the pipeline staff created through the teaching fellow program, past program participants can return to be volunteers and paid interns.

What a Recent Student Says About After-School Programs

Ramaya Thomas provided the perspective of a recent student.

Thomas is a high school graduate, youth ambassador of the Afterschool Alliance, another partner in the Engage Every Student Initiative, and a frequent after-school and summer program attendee.

She said one of the things that create quality after-school programs is representation. Students want to attend programs where they can see themselves, she explained.

Tips for Reporting on After-School Programs and Summer Learning

Share
Author
Kristen Griffith
of The Baltimore Banner
Related Skills
Investigating the Pandemic’s Effects on America’s Youngest Learners
How an EWA Reporting Fellowship helped me (Alia Wong) better understand whether and how COVID’s unpredictability, stress and isolation undermined kids’ development
How to Cover Indigenous Students Authentically and Accurately
Native reporters and educators provide tips for covering Indigenous students amid critical race theory claims, renewed efforts to teach Native history, and some state rollouts of reduced or free colle
The Student Mental Health Crisis: Resources for Reporters
Featuring recent interviews with education journalists and experts who discussed the nation’s student mental health crisis at EWA’s 2022 National Seminar, this report helps reporters better cover
A Tale of Two Math Terms: An Infographic Story About When to Use Percent Change vs. Percentage-Point Change
Meanville, USA, was an average American town. Until one day, a local journalist had to figure the best way to explain how town administrators planned to spend a sudden windfall ...
Percent Change Versus Percentage-Point Change: What’s the Difference? 4 Tips for Avoiding Math Errors
Many people get 'percent change' and 'percentage-point change' confused. Use this tip sheet, featuring insights from data journalism pioneer Jennifer LaFleur, to get it right.
Load More
x