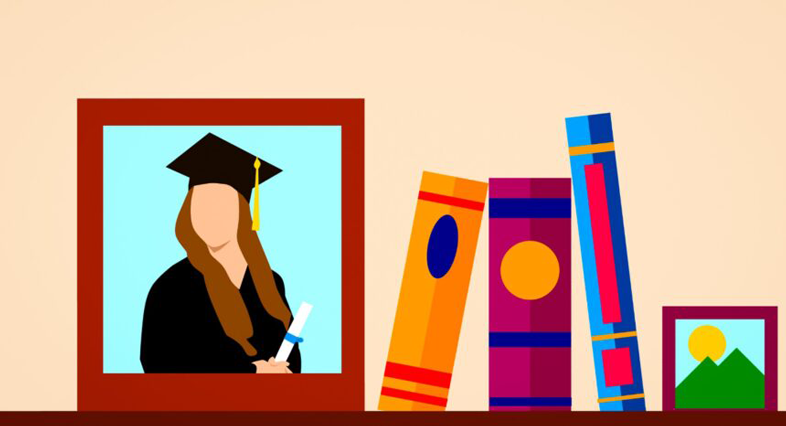 This blog was republished with permission from The Journalist’s Resource, which published it Aug. 25, 2022. (Disclaimer: The author serves on the board of directors for the Education Writers Association.)

President Joe Biden unveiled his highly anticipated student loan forgiveness program, designed to eliminate up to $10,000 in debt for most Americans with student loans backed by the federal government.

Borrowers who received Pell Grants for low- to middle-income families while they were students could see their loan debt slashed by as much as $20,000.

Biden’s historic plan calls for a range of changes designed to reduce the financial burden associated with going to college and seeking training at trade schools, vocational schools and other programs after high school. Nationwide, student loan balances total $1.6 trillion, according to White House officials.

They estimate that as many as 43 million people — the vast majority of adults with federal student loan debt — qualify for the one-time reduction. About 20 million could see their whole balance disappear.

“The policy will deliver the single largest discharge of education debt on record,” The Washington Post reported.

In the coming months, the U.S. Department of Education will release more details about the program, including how borrowers can apply and how much it will cost. An analysis from the University of Pennsylvania’s Penn Wharton Budget Model estimates the debt cancellation piece of Biden’s three-part plan will cost up to $519 billion. The Federal Student Aid office announced an application will be available by Dec. 31.

To help journalists cover this new initiative and student loan forgiveness more broadly, we asked Washington Post reporter Danielle Douglas-Gabriel, who covers the economics of higher education, for advice. She shared a wealth of insights and other information, which we distilled into these five tips to get journalists started.

1. Avoid focusing on young borrowers with college debt. Give audiences a more complete picture of the problem by including other types of borrowers, including older adults and people who used federal student loans to attend vocational and trade schools.

Douglas-Gabriel says it’s a mistake to present student loan debt as a problem plaguing mostly college graduates who have just begun to build their careers. She urges journalists to feature a variety of borrowers in their coverage to demonstrate how the burden of education debt has affected different borrowers and their families over the short- and long-term.

Although news coverage does not always show it, middle-aged Americans make up a substantial portion of the country’s student loan holders. In 2021, 38% of student loan borrowers were 40 years old and older, including more than 3.5 million over age 60, the Federal Reserve reports.

Douglas-Gabriel encourages journalists to seek out older adults to ask about the challenges of paying down student loans while also, in some cases, helping younger family members such as a child or grandchild pay for college. It’s important for journalists to also examine student debt among Americans who attended vocational and trade schools, which offer training in areas such as welding, cosmetology and automotive repair, Douglas-Gabriel adds.

She points to a recent story about employer-based training for truck drivers as an example of journalists drawing attention to an education debt problem many people might not know about. The story, published by the Hechinger Report, a nonprofit education news outlet, reveals how trucking companies offer training to help employees obtain commercial driver’s licenses, provided employees sign repayment agreements that can leave them in debt and make it tough for those who quit to find other jobs.

“Those kinds of hidden-debt stories are important to do because they add to the overall landscape of who has [education] debt and what it means for these different populations,” Douglas-Gabriel says.

Here are two of her other storytelling suggestions:

2. Familiarize yourself with the loan forgiveness programs the federal government offers.

The student loan forgiveness program Biden unveiled Wednesday is one of several the federal government offers. Douglas-Gabriel recommends journalists become familiar with them, and these five in particular:

It’s important to note that some states also offer student loan forgiveness programs. Many of those target adults specializing in fields where there is a shortage of workers or turnover rates are high.

3. Examine the reasons more people have not qualified for or participated in earlier federal loan forgiveness programs.

The rules for federal loan forgiveness programs are complicated and confusing, Douglas-Gabriel notes. Because of it, many borrowers don’t follow the rules correctly and miss out on a chance to erase all or a portion of their loan debt. Some borrowers also are denied because of paperwork errors and other technicalities.

In 2018, the U.S. Government Accountability Office issued a 34-page report criticizing the way the U.S. Department of Education had administered the Public Service Loan Forgiveness program, established a decade earlier. As of April 2018, fewer than 1% of borrowers who had applied for loan forgiveness under this program received it.

According to the report, “borrowers were frequently confused by program requirements.”

“For example, the Consumer Financial Protection Bureau reported that borrowers have complained of spending years making payments, believing they were making progress towards PSLF loan forgiveness, and then learning that they were not eligible,” the Government Accountability Office writes.

That office released a report last year pointing out the Department of Education had, as of January 2020, denied 94% of Public Service Loan Forgiveness applications submitted by active-duty service members and other Department of Defense employees.

Last year, the nonprofit National Consumer Law Center released a report blasting Income-Driven Repayment plans, known as IDR plans. In the 25 years that program has existed, the federal government has canceled debts for a total of 32 people.

“As noted, only 32 IDR borrowers have successfully cancelled their loans even though approximately two million borrowers have been in repayment for 20 years or longer,” according to the report. “The shockingly low rate of cancellation of these borrowers’ loans is emblematic of [the U.S. Department of Education’s] failure to deliver the relief Congress intended when it passed the statutes enabling the creation of these IDR programs.”

4. Seek out experts who examine issues around student loan forgiveness through different lenses. Spotlight the work and opinions of authorities who are not white or male.

While Douglas-Gabriel recommends journalists interview researchers and academics when reporting on student debt and loan forgiveness, she says it’s important to reach out to other types of experts to get a fuller understanding of the issue.

“There are a wealth of people paying attention to this space who don’t get much attention for it,” she says.

Douglas-Gabriel urges journalists to further diversify their sources by spotlighting the work and opinions of experts who are not white or male. Ask researchers and other sources for suggestions about who to call.

This is how she does it:

“I say ‘Hey, I really want to elevate the voices of people of color and younger and older folks who don’t get attention [for their work]. Does anyone come to mind?’”

She adds that framing the question “in this really positive, altruistic language helps to break down any defensiveness people may have” about a journalist looking for sources with specific characteristics.

5. Watch the mini-documentary series, “Looking Back to Move Forward: A History of Federal Student Aid.”

Douglas-Gabriel recommends watching this series of six short films, presented by the Lumina Foundation and the Institute for Higher Education Policy, to learn about the origins and evolution of the federal student aid system over the last 60 years. Each film runs 10 to 15 minutes.

“I really would encourage anyone who wants to get into this space and to know how we got here and why we’re here to watch [the series],” she says. “It gives you a better idea of why this system — like many government programs — was really well-meaning but unwieldy, exceedingly complicated and made it easy to fall through the cracks.”

She joined The Journalist’s Resource in 2015 after working as a reporter for newspapers and radio stations in the U.S. and Central America, including the Orlando Sentinel and Philadelphia Inquirer. Her work also has appeared in publications such as USA TODAY, the New York Times, Chicago Tribune and Washington Post. She has received a multitude of national, regional and state-level journalism awards and was named as a Pulitzer Prize finalist in 2013 for an investigative series she led that focused on hazing and other problems at Florida A&M University. Ordway was a 2014-15 Fellow of Harvard’s Nieman Foundation for Journalism. She also serves on the board of directors of the Education Writers Association. @DeniseOrdway

Share
Author
Denise-Marie Ordway
of The Journalist's Resource
Related Skills
A Tale of Two Math Terms: An Infographic Story About When to Use Percent Change vs. Percentage-Point Change
Meanville, USA, was an average American town. Until one day, a local journalist had to figure the best way to explain how town administrators planned to spend a sudden windfall ...
Percent Change Versus Percentage-Point Change: What’s the Difference? 4 Tips for Avoiding Math Errors
Many people get 'percent change' and 'percentage-point change' confused. Use this tip sheet, featuring insights from data journalism pioneer Jennifer LaFleur, to get it right.
5 Questions for Cassandra Mensah: How Schools Can Better Support Pregnant and Parenting Teens
Cassandra Mensah of National Women’s Law Center discusses how schools can support pregnant and parenting teens in this post Roe v. Wade world.
Reporting on the Student Loan Debt Crisis? Here Are Insights From Experts
Experts tackle questions of fairness and the future of student loans and forgiveness.
Investigating How Politics Is Affecting Education? Here’s What to Know
Amid an ‘all-time high’ in partisan polarization in the U.S., get background and tips to better cover the politicization of education and how it affects students.
Load More
x