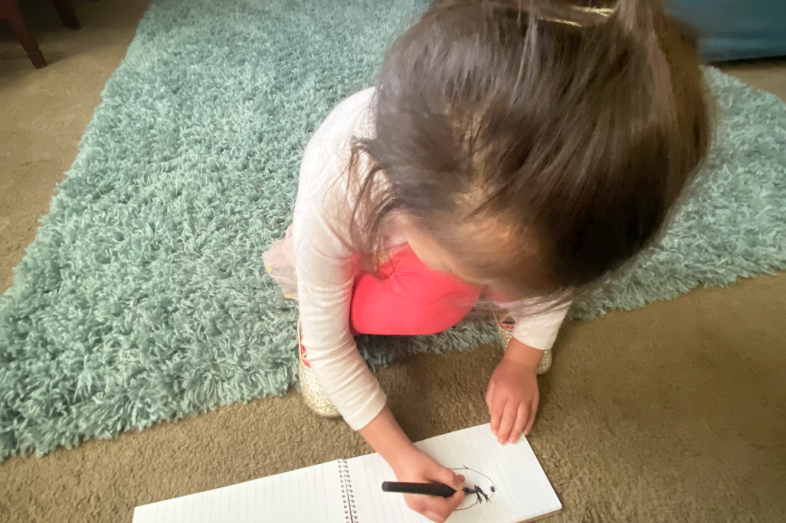 How an EWA Reporting Fellowship helped me (Alia Wong) better understand whether and how COVID’s unpredictability, stress and isolation undermined kids’ development

Back to How to Cover the Story

Sometime in the fall of 2021, a source of mine said something that really stuck with me. I’d been covering child care and early learning for years at that point, writing about it almost exclusively at the height of the pandemic. As we said our goodbyes, the source, a preschool director in the Philadelphia area, thanked me for writing about early childhood education. And don’t forget, she said, to cover the “child” part of it all.

So much of the pandemic-era coverage on the topic, including my own, had indeed largely examined the issue through the lens of parents – uneven access to and the soaring costs of child care, the economic ramifications. But how do those pressures trickle down to the kids?

I decided to investigate this in earnest earlier this year with the help of an EWA Reporting Fellowship. Over the course of several months starting in January 2022, I interviewed dozens of experts, parents and educators and pored over numerous studies. The final product – a feature story with photography and video and two sidebars with advice – published in June 2022.

I’ve long been fascinated with early childhood education because of the brain science of it all. When I began my career as an education reporter a decade ago, a universal prekindergarten proposal was under debate in the state where I lived; I’ve followed the growing research base on how formative those early years are ever since.

By the time I spoke with that Philadelphia-area preschool director last fall, it felt like disruptions and stress and unpredictability would remain a relentless fact of life for families with young children, particularly those with limited means. If that’s not good for parents, I thought, that can’t be good for their children. If at least 85% of the brain develops before age 5, what happens when most of those early years were spent in a pandemic?

Answering that question would be no easy task. For one, it will be years, at least, before researchers can adequately measure whether the pandemic had any material, long-term effect on early childhood development. That meant I’d need to rely on a lot of anecdotal evidence, as well as interviews with as many experts as possible. Finding the stories and people who could capture the complexity and nuances of the issues would take time and resources – both of which were in short supply at a time when our beat was being pulled in all kinds of directions.

The biggest value of the EWA Reporting Fellowship was the time it gave me to do quality reporting and research. Throughout the winter and spring of 2022, I got to dedicate weeks to soaking up knowledge about early-childhood development from dozens of experts, researchers and wonks. During this time, I also went on a (virtual) listening tour of sorts to develop relationships with the dozens of other “real people” sources who ultimately let me into their lives and/or work.

I went into each conversation with a set of guiding questions, prompts I finessed the more I talked with folks and refined my angle while also adjusting the list depending on whom I was interviewing.

At the end of every conversation, I asked the given source for recommendations on others who might want to chime in on my project. I’d even bring the story up in conversations for unrelated assignments, on the off chance the source had a friend or a colleague studying these issues or dealing with them first-hand. I also leveraged existing relationships with PR folks, asking if they had clients or knew of groups that might be able to help. This source-networking proved invaluable, ultimately leading me to the parents I featured most prominently in my project.

I interviewed more than two dozen parents of babies born during or shortly before the pandemic, and there were common denominators. Quality child care was expensive and hard to come by. But there were a lot of differences, too – in how they were navigating the challenges, in how they thought their kids were faring. Developmental concerns were, frankly, low on the list of priorities for parents more focused on day-to-day problems – bills that needed to be paid, jobs that needed to be done, baby-sitting that needed to be found.

Those conversations were precisely what solidified my thesis: After talking with a range of experts, kids’ development would struggle to the extent that their own parents were struggling. The conversations also reinforced the importance of my reporting – of making the research on early childhood accessible and applicable for everyday parents.

About two and a half months into my reporting, in early April 2022, I connected with Jillian, a mother in Missouri whose daughter’s story ended up being one of the main narratives in my piece. Coincidentally, I’d been talking with some early childhood professionals and advocates in the state, so I decided to center my in-person reporting there.

Over the course of a week, I made my way from one end of Missouri to the other, driving and walking around the cities just to get a feel for them: Taking notes on my observations while sitting on park benches and in coffee shops. Chit-chatting with families in their homes, their yards. Playing with the children and asking them questions (while letting them interrogate me as well, of course).

One of the most memorable days of my trip was in Columbia, Missouri, home to a teaching hospital with lots of social programs, including one run by the organization Zero to Three that provides both maternal and 0-3 support for struggling families. I had fostered a good relationship with the organization over the course of my reporting, and its staff allowed me to shadow some visits, giving me intimate access to scenes that are normally off-limits.

One of my core objectives with this project was to make the available information on pandemic-era child development accessible to everyday people –  to parents in the throes of raising a young child during one of the most difficult chapters in the country’s recent history.

The fellowship, which allowed the story to run in front of USA TODAY’s paywall, enabled that accessibility. And USA TODAY’s platform as a national outlet with sister publications throughout the country maximized that reach. We brought together people from teams across the newsroom, including two audience/engagement editors, colleagues who are pros at search engine optimization and multimedia producers.

In addition to the standard Twitter and Facebook posts, we experimented with platforms I hadn’t used before, including Twitter Spaces and TikTok. Jillian and an expert (the pediatric surgeon Dana Suskind) joined me for the Spaces, an audio-only panel open to the public where we discussed a range of themes I didn’t get to expand on much in the project.

For the TikTok, I wrote a conversational script tailored for parents of young kids and filmed myself answering questions that came up frequently throughout my reporting. My colleagues and I also repurposed the TikTok for an Instagram reel.

More recently, my reporting was featured in a USA TODAY documentary about the pandemic’s impacts on children. That episode, part of USA TODAY’s newly launched “States of America” docu-series, was released in early September, coinciding with the back-to-school season. I narrated my segment. The goal was to reach as many people – namely parents – as possible. And the multilayered audience and engagement plan allowed us to achieve that.

These experiences from the start of the project to its finish taught me some valuable lessons on how to best cover early childhood, as well as how to maximize a fellowship like that offered through EWA:

Perhaps the biggest takeaway was in the beauty of letting my angle evolve: When I started the reporting for this series, I set out to better understand the biggest pain points of early childhood development in the COVID era.

But the story that I uncovered ended up being about far more than developmental delays and lagging social skills in today’s toddlers and babies. It ended up being about how difficult it is to be a parent of a young child in America — a problem that predated but was further exposed by the pandemic. 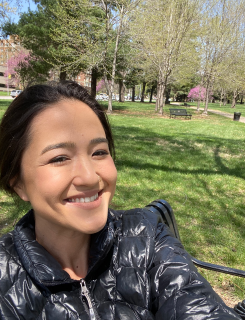 By Alia Wong
of USA TODAY for EWA
Related Skills
How to Cover Indigenous Students Authentically and Accurately
Native reporters and educators provide tips for covering Indigenous students amid critical race theory claims, renewed efforts to teach Native history, and some state rollouts of reduced or free colle
The Student Mental Health Crisis: Resources for Reporters
Featuring recent interviews with education journalists and experts who discussed the nation’s student mental health crisis at EWA’s 2022 National Seminar, this report helps reporters better cover
A Tale of Two Math Terms: An Infographic Story About When to Use Percent Change vs. Percentage-Point Change
Meanville, USA, was an average American town. Until one day, a local journalist had to figure the best way to explain how town administrators planned to spend a sudden windfall ...
Percent Change Versus Percentage-Point Change: What’s the Difference? 4 Tips for Avoiding Math Errors
Many people get 'percent change' and 'percentage-point change' confused. Use this tip sheet, featuring insights from data journalism pioneer Jennifer LaFleur, to get it right.
5 Questions for Cassandra Mensah: How Schools Can Better Support Pregnant and Parenting Teens
Cassandra Mensah of National Women’s Law Center discusses how schools can support pregnant and parenting teens in this post Roe v. Wade world.
Load More