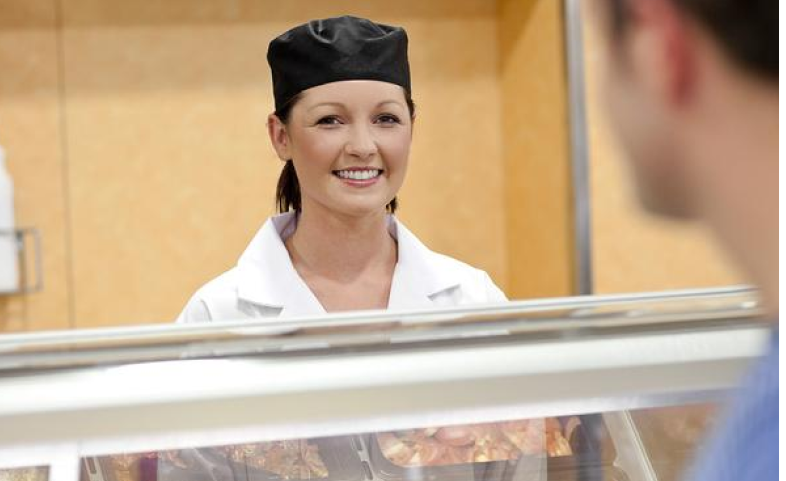 One of the rare areas of agreement between Democrats and Republicans these days might surprise you: Leaders of both parties are critical of a financial aid program that provides jobs to about 600,000 students.

One of the rare areas of agreement between Democrats and Republicans these days might surprise you: Leaders of both parties are critical of a financial aid program that provides jobs to about 600,000 students.

President Donald Trump  proposed slashing funding to the Federal Work-Study (FWS) program in his 2019 budget proposal. He said the 54-year-old financial aid program was outdated, inefficient and ill-designed “to advance students’ career and training opportunities.” FWS, he added, needs to be dramatically restructured to “to both improve its targeting and its ability to provide students with career-oriented training.”

This comes after eight years in which the Obama Administration also cut the program (by about 10%), despite inflation and student demand for jobs that far exceeds the currently funded supply.

Why is a program that is popular with students and parents the subject of bipartisan criticism in Washington? Is the political opposition justified? To help journalists covering college affordability issues, here are some fact-checks of the most common criticisms of the work-study program, and resources to help you better dig into impacts of the program (and the proposed cuts) in your community.

Complaint 1: The money is not distributed equitably

In the 2015-16 academic year, for example, community colleges, which serve almost 40% of undergraduates, got only 15% of the federal work-study funding.

And many of the jobs go to comparatively wealthier students, while needier students are denied due to an antiquated funding formula. In 2014-15, for example, 13 percent of work-study awards went to students from families earning over $100,000. Seton Hall economist Robert Kelchen found that in 2011-12 roughly a quarter of all undergraduate awards went to students at private nonprofit colleges who did not qualify for federal Pell Grants—three times the number of awards that went to Pell recipients at community colleges.

The reason for this misallocation is a federal formula that promises colleges the same amount of money that they received in the past, regardless of their current demographics. This “base guarantee” favors institutions that joined the program at its inception over more recent entrants.

There’s no single standard for awarding the aid, either. Unlike Pell Grants, which go directly to students, work study dollars flow through institutions. These colleges, which cover 25 percent of the costs of the program, have tremendous discretion over how the grants are awarded.

This means that students’ odds of receiving a grant depend on which institution they attend, and how many of their classmates meet their college’s criteria.

Policymakers from both parties, and advocates for both students and financial aid administrators say it is past time to eliminate the base guarantee and award work-study funds based solely on student need (i.e., a “fair share” formula).

This complaint is more debatable, in part because of the many possible definitions of “meaningful,” but advocates and lawmakers agree that the program should be re-designed so more students get career-relevant training.

Under federal law, work-study positions are supposed to complement and reinforce the recipient’s educational program or career goals “to the maximum extent practicable.” One reason they don’t, however, is the federal rules that detail just what jobs qualify for FWS actually discourage colleges from placing work-study students in businesses where the student might get more real-world experience.

The rules cap the percentage of the students’ wages that that the government will pay at 50 percent, rather than the 75 percent it covers for nonprofit employment. In addition, institutions can only use 25 percent of their total allocations to fund off-campus, for-profit positions.

Overall, while  many work-study jobs are clerical desk jobs, say swiping cards in the gym or checking out books in the library, some research indicates that work-study jobs are at least slightly more likely to be related to a student’s major than off-campus jobs.

True, the work-study program has never been subject to a randomized control trial, and the government doesn’t track outcomes by student aid program. But some recent quasi-experimental research finds mostly positive effects for students working a part-time job on campus (as long as students don’t work more than 20 hours a week).

It found that while participating in federal work-study may dampen students’ grades in their freshmen year, it ultimately increases their odds of completing a bachelor’s degree and finding employment. Low-income students and students at public colleges saw the biggest gains.

The study’s authors say these findings suggest that lawmakers should consider either increasing spending on the public two-year and four-year colleges that educate a majority of low-income students or re-writing the funding formula to put those institutions at less of a disadvantage.

In fact, the National Association of Student Financial Aid Administrators concludes that “overall, the literature seems to point to positive effects for students participating in FWS.”

To localize your story:

Data by school: The U.S. Department of Education provides a downloadable Excel sheet of every college’s work-study funding. (Scroll down to the “campus-based” tab. Colleges that fill out the Common Data Set (CDS) report total work-study funding in the H1 section. Most colleges now post their CDS on their websites. If you have access to databases such as Peterson’s, you can compare lots of colleges’ work-study funding quickly.

Data by state: The Federal Campus-Based Program Data Book for 2017 breaks down funding by school type and state.

Data by congressional district is available from the Center for American Progress.

What to watch for:

From the administration: The Trump Administration has floated proposals to change the way FWS funds are allocated. One option: distributing the jobs at least partially based on each school’s enrollment of Pell recipients. Another possibility: allowing colleges to fund individual students through subsidized employment, paid internships, or other designs, so long as the placements were “career or academically relevant.” Colleges could also fund programs serving multiple students that “expose students to or build their preparedness for careers.”

From Congress: In their bill to reauthorize the Higher Education Act, House Republicans have also floated plans to allocate the jobs based on a school’s Pell-eligible population. (To see how this change could affect institutions you cover, check out this analysis by the American Council on Education.)

The bill, dubbed “The PROSPER Act” would also do away with the 25 percent private-sector employment cap and require private-sector jobs to “reinforce the educational goals or career goals of each student receiving assistance.”

It would also create a new work-based learning component, defined as “paid interactions with industry or community professionals in real workplace settings that foster in-depth, firsthand engagement with the tasks required of a given career field, that are aligned to a student’s field of study.’’

The bill cleared the committee in 2017, but the changes to work-study could face an uphill climb. The last time lawmakers tried to abolish the base guarantee, in the 2008 reauthorization of the Higher Education Act, they faced strong pushback from senators from New England states that have benefitted under the current formula, and the changes were struck from the bill.