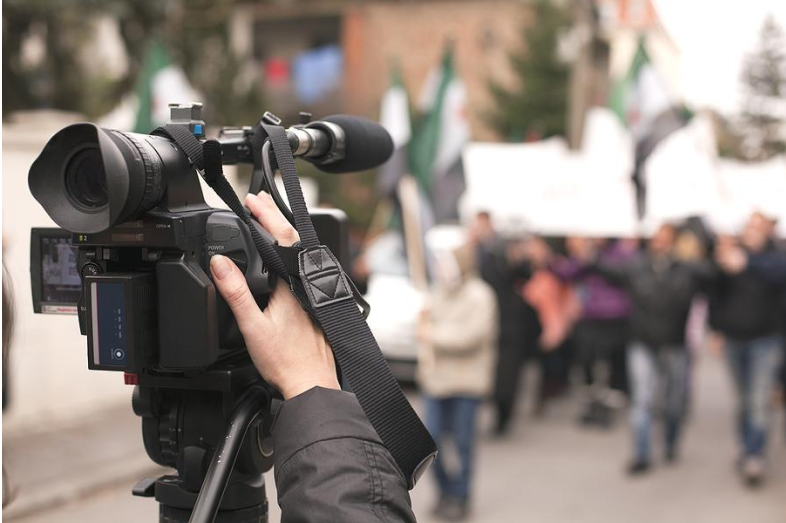 Reporters should broaden source networks and avoid assumptions about “success”.

Student activists are increasingly making news, tackling issues such as campus racism, rising tuition and college administrators’ often arbitrary pandemic responses. But they often complain that coverage of their activism can be shallow, cliched or even biased.

While acknowledging that journalists face deadline pressures, and that the pandemic has made it more difficult to connect with sources, several student activists participating in the Education Writers Association’s 2020 Higher Education Seminar urged reporters to improve the coverage by spending more time cultivating relationships with students, digging into each activist’s unique journey, and broadening their source networks to feature a variety of voices.

A panel of student activists asked journalists to avoid glib assumptions about the reasons behind, or the goals of, their activism. During the session, moderated by Aaricka Washington, statewide education reporter for Chalkbeat’s Indiana Bureau, they suggested four techniques journalists can use to improve their coverage and relationships with student activists.

Start at the beginning

One key step: Avoid making assumptions about why students are engaging in activism, and instead do a little research, the students said.

Dallas Hobbs, a defensive lineman on the Washington State University football team, began activism work because he was worried about COVID-19, for example. In-person classes were deemed unsafe for other students, but athletes were called back to work out and play.

Early on, Hobbs said, “my university was doing a good job,” and was testing students regularly, for example. But then the team had to leave campus for travel to games. With no consistent health and safety protocols in place, things didn’t feel so safe, he said.

At Columbia College Chicago, students Isaiah Moore and Angel Page Smigielski were sparked to take action by their school’s insistence on charging full tuition despite switching to remote classes.

“This is a primarily commuter school,” Moore said, adding that “I felt as if it wasn’t really accommodating to the students in terms of providing any kind of equitable solutions.”

Tiana Woodard, a University of Texas at Austin student, started speaking out more forcefully on issues of race and discrimination after she resigned in frustration from her position as the diversity and inclusion director for the university’s newspaper in 2020.

The students said  journalists rushing to meet deadlines often end up just calling the same few activists over and over again. Students in the spotlight can start to feel burnt out, the panelists said.

And it makes the coverage too narrow because the public just hears the same few stories repeated, rather than getting fresh or different perspectives.

Woodard advised journalists to ask their established sources for help in expanding their networks. Ask sources who else they should interview or include in the story. Then build on those relationships by keeping in touch in a more general way.

“If there was an emergency in the area, just check in and say, ‘Hey, are you OK?’” Woodard suggested. This demonstrates a willingness to build trust and shows student activists that they’re not being used just to meet a deadline or get a few quotes.

Moore also encouraged journalists to cultivate relationships with students on an ongoing basis, rather than simply when on deadline for a news story. One way to do that – though difficult during a pandemic – is to seek out college students in clubs, school events, and other places they tend to congregate, Moore and other panelists suggested.

Reporters should also understand the risks students take when they speak out, and consider offering them some protection, said Hobbs, the student athlete from Washington State. Journalists sometimes just focus on top athletes’ comments. The voices of other athletes are important as well. But non-elite athletes may be afraid to speak on certain issues for fear of retaliation from coaches, who can revoke scholarships or other benefits, such as playing time or positions.

“I think there needs to be more one-on-one interviews, whether it has to be anonymous in a way or … just something that protects the student athlete, because I feel like a lot of them don’t want to speak up on these issues that they’re having,” Hobbs said.

Getting colleges to change practices or policies is usually a long-term process, so reporters should keep checking in to monitor progress and update the larger community, Moore said.

“Follow it every step of the way. Update folks about what’s happened. Tell the journey, not just the hardships and then the success, but also of that middle ground that is so important,” Moore said.

Of course, one challenge for journalists is that the student population changes every year. Students eventually graduate or move on. The pandemic will pass, as well. And  Woodard worries that public  attention to Black Lives Matter will fade as well.

“With the news cycle, it’s really hard to keep focus and to keep all of your reporting on so many things. But I feel like this is just not something that people can easily let up on,” she said. “One big thing is just not letting up on the story and not swooping out as soon as it’s over.”

“When a university says they’re going to do this, or make this change, hold them accountable. Are they actually making those changes or people that have been impacted, have their lives improved in some way?” she asked.

The students asked reporters not to impose their own – or the college’s – definition of “success” on a protest or action.

Several panelists said their colleges tried to spin creation of a study committee as a successful conclusion to their activism.

“They kind of ignore your emails, get a meeting with you, banter towards you, create a task force, send a survey, and then forget about you again,” said Moore, a Columbia College Chicago student.

Hobbs also warned against viewing a committee as a success. “They set up task forces, committees, all those things that are supposed to help you in the long run. But then, like Isaiah said, they never follow up with you. You’ll never even see results posted about the survey. So it’s just a joke, really.”

Instead, the students said, while their end goals include long-term improvements to students’ lives and getting students more power in college decisions, they also notched smaller, often unanticipated successes such as stronger student organizations.

One example of a surprise success, Hobbs said, was the creation of a network of athlete activists at many schools. “Just bringing all these athletes together that haven’t really had this platform to speak about all the issues that are happening. I’ve never talked to someone at another school really about these things. Now we’re talking about a lot of issues that are happening and creating a platform for awareness,” that could lead to more sweeping victories over the long term, he said.

Moore agreed: “Small victories, come in ways that you may not imagine, opening doors of opportunities.”