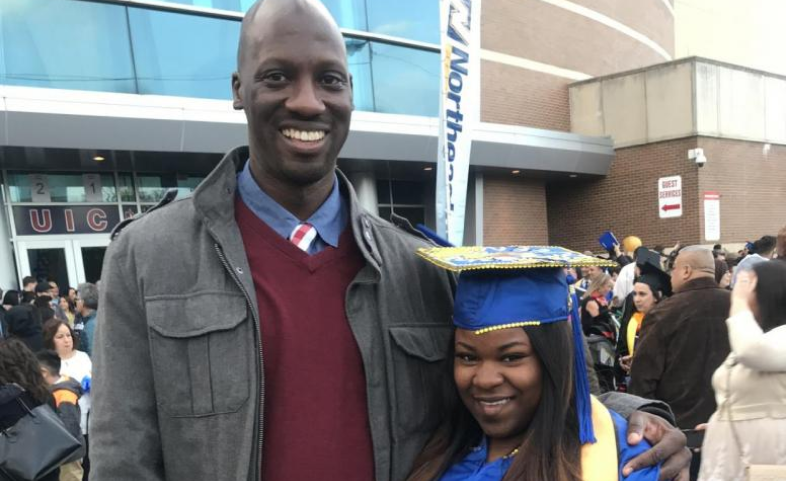 How to Help First-Generation Students Persist Through College

When Pete Gooden went to college, he had an all-too-common experience.

“As a first-generation student, I was just coasting through college, and I was just trying to navigate on my own without support,” he said.

Eventually, he dropped out. After earning his degree at age 30, Gooden began working for KIPP Through College Chicago, where he’s now the director—amazed to find a program that offered the help he once needed.

It’s one of the resources that Gooden, researcher Jenny Nagaoka and author Richard Whitmire discussed at a November EWA panel on helping first-generation students get to and through college. Education reporter Jason Gonzales of the Tennessean newspaper moderated the conversation. They had several takeaways for the audience: look beyond academic support, get high schools involved and don’t forget the family.

Success in college isn’t just about academic preparedness. And it’s especially not just about test scores. First-generation students need to learn about the procedural parts, like how to get through the application process. They have to know how to learn in an environment where they aren’t sitting in class all day—and that might be very different from where they grew up.

Oftentimes, when first-generation students “get on campus, they feel lost,” Gooden said. Even the physical isolation of a big, rural state university, with just one big-box store miles away, can feel shocking for a Chicago kid who grew up surrounded by several round-the-clock businesses and activity.

“They’re so used to there being a corner store or something and now there’s just a Walmart,” he said.

Going to college is not just an academic step up but, sometimes, a social and emotional transformation for young people that changes their self-image, Nagaoka said. To make that transformation, they need support and counseling every step of the way, she said, from study skills to finding a college where they feel like they belong.

Some of that help should come from their high schools, according to the panelists. Chicago Public Schools has made its high schools pay attention to college persistence by factoring it into their accountability score. But even without the pressure, in order for a significant number of first-generation students to succeed in college, districts have to stop thinking that their responsibility ends after senior year, Whitmire said. “My opinion? They should have made that transition long ago.”

High schools should also analyze data, such as that offered by the National Student Clearinghouse and use it to tailor services, said Whitmire, author of the recent book “The B.A. Breakthrough,” which reported on schools and organizations that have helped significant numbers of disadvantaged students graduate from college.

For instance, students at Uncommon Schools, a network of charter schools in the Northeast that has won national recognition for the academic success of its mostly low-income students, saw that its most successful graduates left high school with a 3.0 GPA or better. So the charter group instituted “Target 3.0,” an effort to ensure all Uncommon graduates hit that mark, Whitmire said.

Families have an important role to play as well. Even if they start out not knowing how to apply for financial aid, “They have the most influence on their children,” Gooden said. “When our students are struggling, I will call their mom.”

Nagaoka said she knew a college admissions officer who won over a prospective student’s mother by calling to let her know they’d look out for her daughter.

Despite that example, the panelists generally agreed that most colleges haven’t stepped up enough. (One exception cited by panelists was Georgia State University. Learn more about its approach in this EWA blog post.)

“College is expensive,” Nagaoka said, and students are paying. Universities have to become “places [where] everyone can engage in learning and actually become their best selves, as opposed to feeling like they have to become completely different.”

Look at Every Strategy

When covering these issues, Gooden reminded reporters that not all first-generation college students have the same problems.

“We need to start seeing them as individuals,” he said. “They all have different academic, financial and social needs. They come from different backgrounds. They have different familial support.”

And don’t be wowed by mentorship, coaching, a campus liaison, advisory groups, high-tech “nudges” or any other single tactic of the month, he said.

Colleges have to combine a variety of strategies, Nagaoka said. To help a student graduate, it takes “a larger cultural shift.”