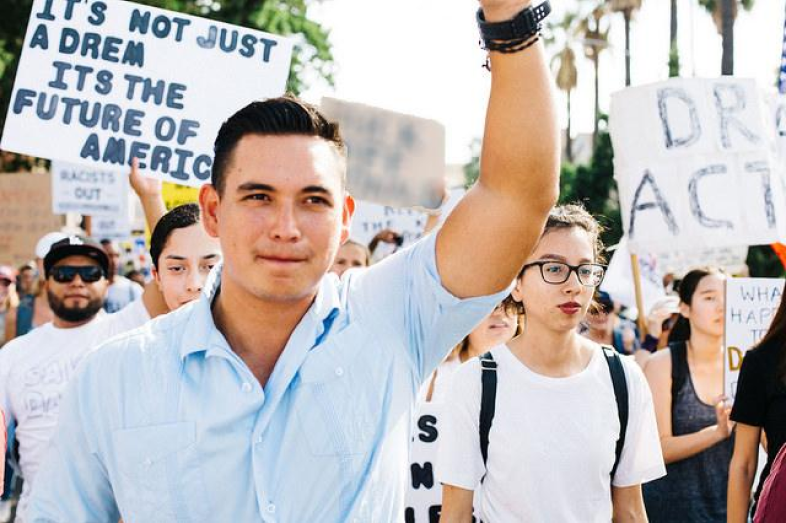 How to Report on Undocumented Students in the Time of Trump

As clock ticks on DACA, journalists must consider practical, legal, and ethical challenges in coverage.

When the Trump administration announced plans in September to remove protections for some undocumented immigrants, Sasha Aslanian, a reporter with APM Reports, contacted an undocumented student to get a personal reaction to the news.

For education reporters, telling the stories of undocumented students across the country is rife with practical, legal, and, as Aslanian’s story shows, ethical challenges.

How do you tell undocumented immigrants’ personal stories, using their names, without exposing them to legal repercussions? How do you report on such a highly charged topic with sensitivity and empathy, and in a way that avoids tired generalizations, while on deadline?

Like most difficult questions, the answer is, “It depends,” said Axel Herrera Ramos, an undocumented student at Duke University. At the Education Writers Association’s recent higher education seminar in Atlanta, Ramos spoke alongside Aslanian and Laura Emiko Soltis, the executive director of an “underground” university in Georgia that serves undocumented students.

The panelists advised journalists to bolster their stories by including national and local political contexts, avoiding generalizations, and approaching the issue of identifying undocumented students with sensitivity and flexibility.

“I’ve always been willing to throw my name out there because the importance of our story being told and us creating the narrative that is out there is everything,” Ramos said.

But others, Ramos said, even those who have shared their stories publicly before, may not be emotionally prepared to speak to the press on a moment’s notice.

“Sometimes when you have to tell the story, even though it’s so important to tell, that in itself is draining,” Ramos said. “If they’re not ready, ask: ‘Who else do you know that might want to talk?’”

Part of the job of a reporter, Aslanian said, is to cultivate relationships with sources so that there’s already a baseline of trust when you reach out to them on short notice. Aslanian spent several months building relationships with undocumented students for her documentary, Shadow Class: College Dreamers in Trump’s America.

The challenges of covering undocumented students have only been exacerbated by the rhetoric of President Donald Trump, who, as a candidate, made aggressive immigration enforcement a central piece of his platform.

In September, the Trump administration announced plans to end the Deferred Action for Childhood Arrivals program, or DACA. Enacted during the Obama administration, DACA protects some undocumented immigrants brought to this country as children from deportation. Without congressional action, DACA protections will end in March 2018, subjecting the nearly 800,000 immigrants protected by the program (for two year, renewable terms) to possible deportation.

While news stories tend to focus on undocumented students who were brought to the U.S. from Latin America as children, undocumented immigrants are not a monolith, Soltis and Ramos told journalists.

DACA beneficiaries make up just a fraction of the estimated 11 million undocumented immigrants in the U.S. Soltis suggested that journalists not only tell the story of DACA beneficiaries, but also their parents’ stories or the stories of immigrants who didn’t qualify for DACA. She added that the best stories are those that capture the nuances of the issue and situate it within the broader political and historical context.

While the national context tends to get the most attention, Ramos advised journalists to also keep in mind the local or state context for individual students.

“In my case, compared to the situation in Georgia … Durham [North Carolina] is a little bit of a pocket that is pretty receptive to these issues,” Ramos said to explain his decision to go public with his story. “The local government is pretty supportive of policies that are welcoming, although there’s still structural issues in terms of law enforcement policies.”

Part of the “situation in Georgia” that Ramos referred to is the state’s policy on undocumented students’ access to postsecondary education. In 2010, the Georgia Board of Regents, which oversees that state’s university system, barred undocumented immigrants from attending Georgia’s top five public colleges. On top of that, Georgia is one of three states that specifically prohibits in-state tuition rates for undocumented students.

When a measure is enacted that affects undocumented immigrants, journalists also can look for stories in what happens next. What countermoves or responses does the policy trigger?

The decision in Georgia to effectively shut the doors of the state’s top colleges to thousands of undocumented immigrants prompted a group of students, college professors, and activists to create a new kind of university—one unlike anything that existed in the state.

In addition to taking classes, the 40 or so students who attend Freedom University engage in direct, nonviolent action to protest the state’s immigration policies. Last year, undocumented students were arrested when they refused to leave a classroom on the campus of the University of Georgia.

The point of these actions, Soltis said, is to “actually force UGA to enact these policies which are removing perfectly qualified students from the classroom and arresting them.”

Soltis called the state’s admission ban on undocumented students “modern segregation.” In Georgia, she said, “access to public higher education is not based on academic merit, but based on [legal] status completely out of students’ control.”

With the clock ticking on the DACA program, there are plenty of questions journalists might explore in their coverage: How are local governments responding to DACA’s rescission? What about local K-12 schools, colleges, and universities? With an estimated 20,000 DACA-eligible teachers nationwide, how might the teacher workforce in your community be impacted?

Finally, what compelling personal stories can you include in your coverage to help bring the issue of DACA to life for readers?