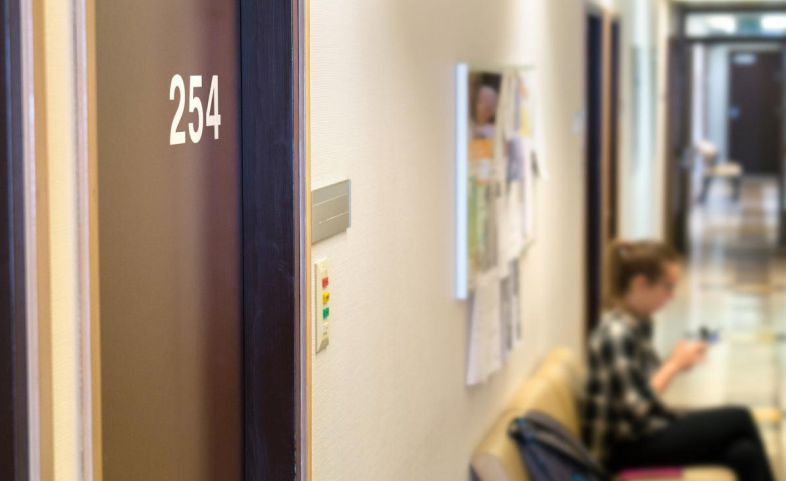 For years, kicking students out of school was a common discipline move for administrators. Now, suspending students, a practice that disproportionately affects black and Hispanic youngsters, is out of favor.

For years, kicking students out of school was a common discipline move for administrators. Now, suspending students, a practice that disproportionately affects black and Hispanic youngsters, is out of favor, as educators work to respond to bad behavior without cutting off educational opportunities.

But the change hasn’t been easy, and many educators are still grappling with how to handle discipline problems in ways that don’t hurt students’ education, according to a panel at the Education Writers Association’s annual conference this spring in Baltimore.

“It’s undoing 25 years of telling teachers, ‘the way to handle discipline is to throw kids out of your class,’” said Abigail Gray, a senior researcher at the University of Pennsylvania.

Gray, who has studied school climate and discipline in Philadelphia schools, said some teachers aren’t on board with the shift, in part because their schools haven’t provided good alternatives—or good explanations—to the zero-tolerance policies that led to lots of suspensions.

“It’s helping teachers understand not just the ‘what’ but the ‘why,’” Gray said.

Creating a Sense of Urgency

Federal data show that black students in K-12 public schools are nearly four times as likely to be suspended, and twice as likely to be expelled, as white students. Those alarming statistics, and pressure from the Obama administration, prompted schools to find ways to address misbehavior without removing students from class. Some of the nation’s largest districts have adopted policies that prohibit the use of suspension for certain infractions or for the youngest students. But some educators and policymakers worry that such policies limit teachers’ autonomy and make schools less safe, especially if suspension bans are not accompanied with additional support and training for teachers.

At City Springs Elementary/Middle School in Baltimore, reducing suspensions came about by adopting restorative justice practices, said principal Rhonda Richetta. Those efforts seek to reduce bad behavior by helping students resolve conflicts and make amends for things that hurt others while keeping everyone in class.

It took a lot of time and some stumbles for the new initiative, first implemented a decade ago, to take hold, Richetta said.

Early on, she admitted, “it was kind of me trying to shove it down everybody’s throat.”

This school year, the Baltimore school has had 14 suspensions. A decade ago, with fewer students on campus, it had nearly 100.

“We’re not cooking the books,” Richetta said. “The behavior has changed.”

Ashley McCall, a teacher at César Chávez Multicultural Academic Center in Chicago, said schools often make swift policy changes without consulting teachers. The shift away from zero-tolerance discipline policies, and lots of suspensions, was no different.

“Oftentimes we have policies where the teacher’s voice was in no way incorporated,” she said. “That’s not an effective way to develop a culture.”

McCall has heard teachers express frustrations about changing discipline strategies, with some complaining that even when youngsters are hitting each other and cursing, “I can’t do anything about it.”

Schools would do better to share discipline data with teachers, McCall said, before issuing new directives. Teachers would be more likely to embrace changes, she added, if they could see how existing rules hurt certain groups of children the most.

“You have to make a case and create that sense of urgency,” she said.

Michael Mulgrew, the president of the United Federation of Teachers, has worked to help schools in New York adopt new discipline plans while cautioning against directives that don’t adequately support teachers in the transition to less-punitive practices.

And while teachers likely won’t buy into a total reversal, or a blanket “no-suspensions” rule, Mulgrew said they are open to change if new policies are done well.

He cautioned that, as with many things in education, there are no quick fixes or miracle cures. What works in one school might not work in another.

“There’s no such thing as an answer for everything,” he said.

But the schools that successfully changed involved everyone on campus, including security guards and cafeteria workers, and viewed their new plans through a wide lens.

Mulgrew cautioned to beware of anyone peddling one-day training as a way to improve school discipline.

“It’s a ridiculous thing to do,” he said. “There’s no follow-up. You can’t actually use it.”