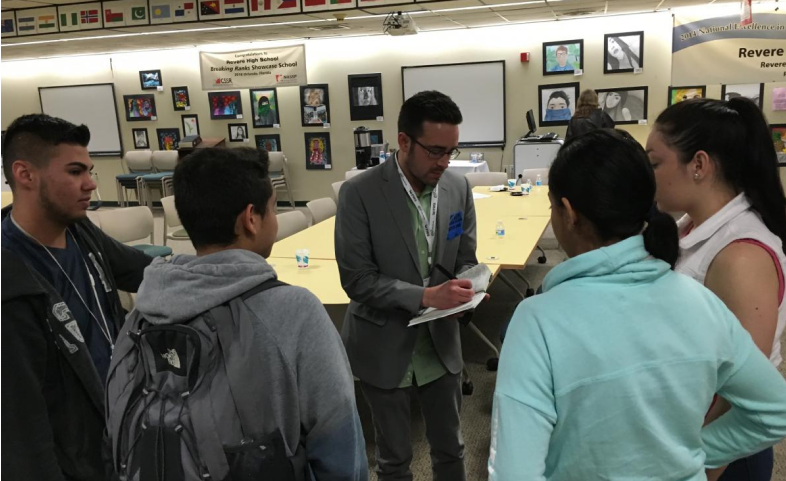 The Ethics of Interviewing Students

Reporters face increasingly complex ethical and legal questions when it comes to interviewing and reporting on children in the digital age.

A sensitive story that once would have rolled off the presses and been recycled the next day, or lived on the air for less than a minute, now remains online with no expiration in sight.

When kids are involved, generally the biggest issue to look out for is privacy concerns, said Ashley Messenger, a senior associate general counsel at NPR. She offered as examples journalists who learn about medical issues, immigration status, or incidents of abuse or school disciplinary action.

“Courts are very deferential to the privacy interest of children,” she said, and specifically the “disclosure of private information that’s not of legitimate public concern.”

A reporter’s biggest defense to these claims? Consent.

But the inherent challenge here is that children cannot legally give consent on their own. They must be at least 18 years old to do that. So reporters must seek the consent of parents. Messenger said it’s wise to seek both parents’ consent, especially when reporting on sensitive topics.

Messenger was joined by two NPR colleagues to discuss the ever-evolving legal and ethical issues with interviewing children at the Education Writers Association’s national conference in Boston in May.

Mark Memmott, NPR’s supervising senior editor for standards and practices, and senior education editor Steve Drummond asked reporters to consider whether a child’s full name was necessary to prove a point when their future employer may find the story, or the information could prove harmful down the road.

“The name may not matter as much as the story,” said Memmott, who noted this issue has become increasingly common when reporting on immigration.

Messenger made clear that she could not give legal advice to journalists attending the EWA event, but wanted to help identify the situations in which they may need to take additional legal or ethical care. She suggested The Reporters Committee for Freedom of the Press as an important resource. (Another source: NPR’s Ethics Handbook.)

“It’s a good starting point if you don’t have a newsroom lawyer readily accessible,” Messenger said.

When it comes to interacting with kids on social media, Memmott said reporters’ actions shouldn’t be any different from in-person conduct.

“Anything you do on social media should meet the standards for your broadcast,” he said. “I’d be very cautious about talking to kids via social media.”

Memmott and Messenger recommended getting parental permission before any further interaction, such as an interview over the phone, takes place.

Drummond said he has been surprised by how often his NPR team discusses whether a child needs to be named in a story. And that’s when privacy butts up against transparency.

“Anytime we grant anonymity, the next sentence in the story should be why,” he said.

A reporter in the audience asked if the consideration over whether to print full names should apply to students speaking about controversial topics, such as ousting a superintendent, at public meetings. Both Memmott and Messenger agreed that any child speaking at a public meeting has taken on an adult role. In addition, a public meeting is public record, meaning there’s less of a concern over printing private facts.

Messenger also addressed consent forms as they relate to schools. She cautioned against relying on media releases written by schools. She reviews all school-drafted releases if NPR plans to use them.

“Ninety percent of the time, they’re written to cover the school, not you,” Messenger said. “You have to read them to see if they actually cover you.” Generally, she said, releases “are just evidence” to show what you did.

“It’s not a waste of your time because it shows a good faith effort on your part,” Messenger said. “Releases are good evidence, if nothing else.” However, she cautioned that the power of such releases to protect news outlets from legal action varies greatly based on state laws.

On special education stories, Drummond and Memmott said NPR often uses photos that protect the identity of children. For instance, an editor might select a photo showing the teacher and the back of a student’s head, rather than the student’s face.

When interviewing kids in traumatic situations, Messenger and Drummond both stressed the importance of accurate reporting, rather than being first to report. (Visit The Dart Center on Journalism and Trauma for more on this important issue.)

“Getting it right is important so you don’t have a libel problem,” Messenger said. “Even if you get it right, [you] have to weigh factors that go into privacy.”

Drummond also warned reporters to be cautious when interviewing children who have been through a traumatic experience. Panelists and reporters alike mentioned that children are prone to please adults, so if a reporter frames a question poorly, the child may answer affirmatively even if it wasn’t accurate.

“I think you need to be really careful,” Drummond said.

Share
Author
Marta Jewson
of The Lens for EWA
x