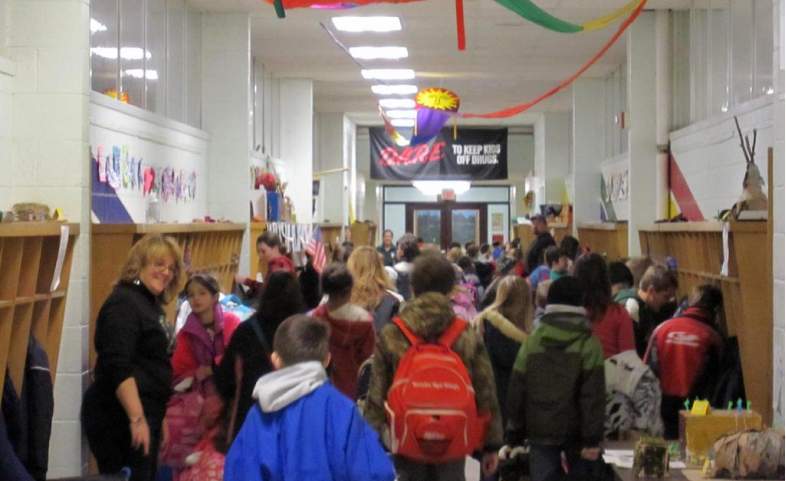 Too Many Students, Not Enough Seats

Declining enrollment and sudden growth spurts come with their own challenges. In both cases, a little foresight can go a long way.

In the fall of 2009, as the Las Vegas Sun’s education reporter, I wrote about the Clark County School District experiencing its first drop in enrollment in a quarter century.

On Monday, The New York Times reported that Clark County – the nation’s fifth-largest school district – is once again bursting at its proverbial seams.

Clark County, which covers the Las Vegas Valley (the metropolitan area), currently has 318,597 students on 357 campuses, up from 308,377 just two years ago. While school enrollment is only one indicator, it’s a crucial component of a community’s economic forecast. The rebound in the Clark County district is an encouraging sign that the worst of the recession’s lingering effects are receding.

At the same time, enrollment growth poses significant logistical challenges – even in a boomtown that has more than a passing familiarity with the scenario. There are classroom seats to find, teachers to hire, and support services to provide.

Las Vegas is hardly the only city struggling with a sudden influx of students this year: add Denver, San Antonio, and Wake County, N.C. to the list. But in several of the nation’s largest school districts – including Chicago, Los Angeles, New York  and Philadelphia – enrollment has been declining. In Philly, nearly two dozen schools were closed last year, while Chicago shuttered 50 “underutilized” campuses.

Declining enrollment and sudden growth spurts come with their own challenges. In both cases, a little foresight can go a long way.

As The New York Times points out, the rebound in enrollment in Las Vegas is something the school district tried to prepare for in 2012 when it asked voters to support a $669 million bond measure. That proposal failed at the ballot box, in part because the long-term benefits were a tough sell to voters more interested in preserving their own short-term fiscal outlooks.

So where does that leave Las Vegas? Right now the district is scouting out temporary classroom space in abandoned strip malls, encouraging more students to sign up for virtual classes, and converting nine-month schools to year-round calendars.

The research is a mixed bag on how year-round schools influence student achievement. Some studies have found it benefits students from low-income households who were already struggling academically – the shorter breaks from instruction mean less summer learning loss. In Las Vegas, economics has been the driver of the decision to go year-round, as the campuses are significantly cheaper to operate than building a new school .

But at some point, cost-saving measures simply won’t cover the deficit of classroom seats. At the height of the last boom – roughly 1998 to the full-on recession almost decade later – Clark County was breaking ground on a new school nearly every month. But the last new campus was built in 2010. The district has about 1,800 portable classrooms in use, and 132 of them are 30 years old, said Joyce Haldeman, the school district’s associate superintendent of community and government relations. That’s a problem, given that the life expectancy of the units is 20 years.

There’s another element to be considered in the enrollment boom that the Times didn’t touch on: how Nevada’s per-pupil funding formula factors into the crisis. Like many states, Nevada provides schools with money based on an annual headcount of kids, which took place on the third Friday in September. (Nevada ranks near the bottom nationally when it comes to education funding, but that’s a whole other story.) That means the district doesn’t receive additional money throughout the year even as new students enroll.  Discussions are underway as to whether adding a second count day – perhaps in the middle of the academic year – might be beneficial, Haldeman said. That would require a change to state law.

As education reporters, there are some logical elements to consider when writing about school enrollment increases. The first question to ask: Is anyone surprised? Districts typically have demographers on staff responsible for building enrollment forecasts based in part on local birthrates and other factors. The number of babies born in 2014, adjusted for the percentage of families expected to move out of town in the next few years, can give a pretty accurate prediction of the number of first graders expected to register in 2020. (What those forecasts obviously can’t predict are major economic episodes like the recession.)

Also worth considering: How is the school district ensuring educational equity during the crush for classroom seats? In other words: Are the portable classrooms more common in the oldest schools with the highest populations of minority students from low-income homes? Are zoning boundaries being adjusted in a way that favors one neighborhood over another? How are staffing decisions being made to allocate the full-time teachers compared with the substitutes?

In the meantime, Las Vegas schools are not expecting an enrollment slowdown anytime soon.

“I was driving down the street the other day and someone said: ‘Look at that. They are building new homes over there. That’s good news,’ ” Dave Flatt, a father of three who is president-elect of the Nevada Parent Teacher Association, told The New York Times. “I said: ‘No, that is not. That is not good news.’ ”