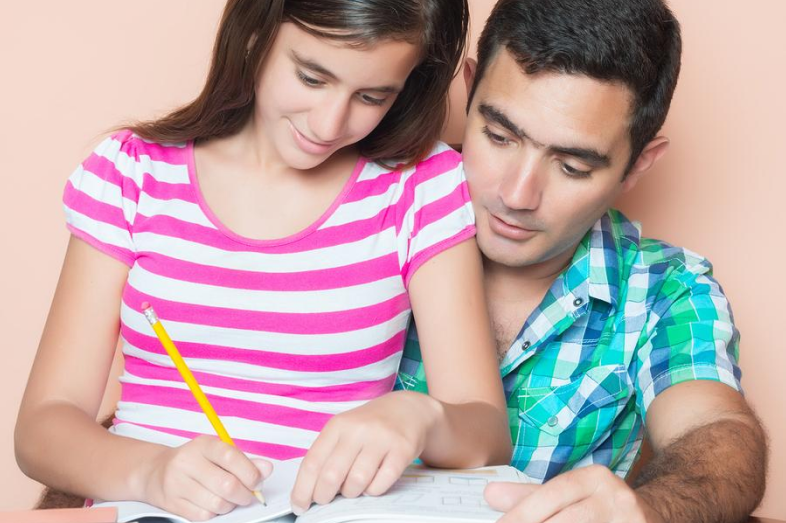 Latino and black parents who participated in a recent national survey believe educators’ expectations for poor kids are too low and that schools should do a better job of providing rigor to all students.

The survey, released Monday by The Leadership Conference Education Fund, was intended to elevate the voices of parents of “the new majority” in schools — students of color. These parents know what schools are or are not doing for their children and have clear beliefs about what needs to be done, the report states.

Research has found that even before entering the classroom, some teachers have low expectations for low-income students of color – and parents know it. In response to the survey, which polled 400 Latino and 400 black parents over the phone, one Latino parent from Chicago said:

“I believe that the teachers underestimate these kids’ level of knowledge and that they are not being challenged enough. They’re not given the opportunity to express themselves openly without being misjudged of who they are and where they come from. We live in a low economic area yet these kids have a lot of knowledge and yet the teachers do not believe in their potential.”

Ninety percent of both the Latino and black survey respondents said schools should hold low-income students to the same or higher standard as other students. If low-income students achieve success in school, it’s most likely because of support they receive from their families — not the education they’re getting at school, parents said.

“They really want to see higher expectation for students of color,” said Matt Hogan, a partner with Anzalone Liszt Grove Research that conducted the poll, Education Week reports. “They overwhelmingly say basically, those expectations are not high enough and they want to see them higher.” 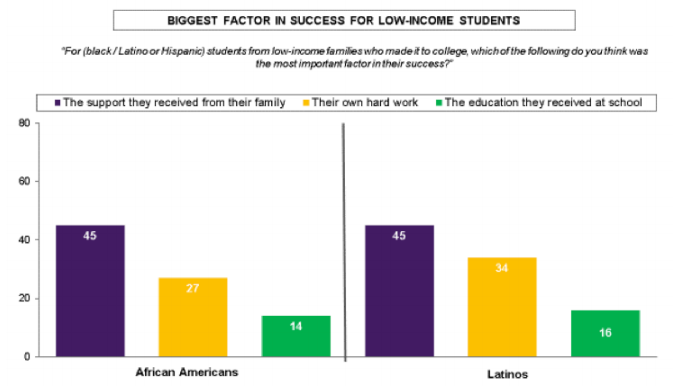 For more coverage of the report, which will be featured in a session at our upcoming National Seminar in Boston, see stories by EWA members in Education Week, the Los Angeles Times and The Huffington Post.