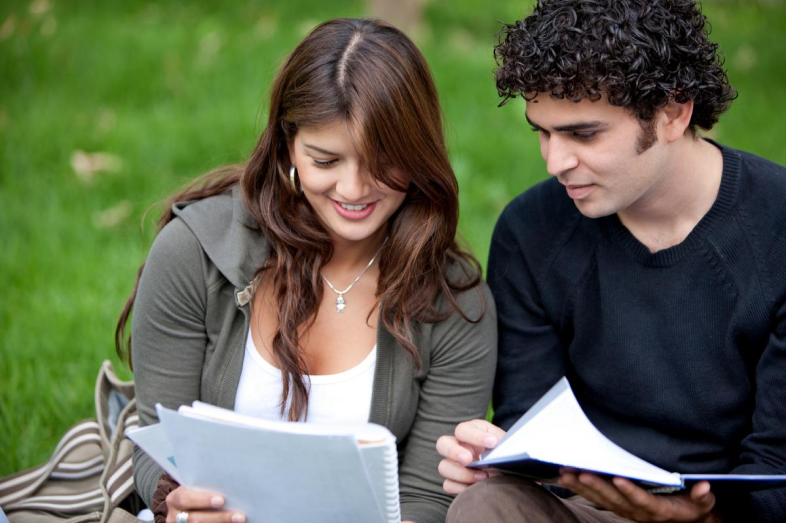 In Indianapolis, a Private College Aims to Recruit Latino Students

At least, that’s what school officials are hoping.

“The burgeoning Latino population has to be recognized and is very important to our future,” Dan Conway, the college’s senior vice president for mission, identity and planning, told Indy Star reporter Stephanie Wang. The $50-million Latino scholarship fund will be used to help students, including undocumented immigrants, pay for a private education.

Marian isn’t the only college focusing its attention on Latinos.

In an email Tuesday, Deborah Santiago, chief operating officer and vice president for policy at Excelencia in Education, said the organization has noticed an increase in the interest and inquiries of institutions looking to step up their Latino student recruitment efforts. Possible reasons, Santiago said, are:

Of the 370 Hispanic-serving institutions — accredited and degree-granting not-for-profit institutions with 25 percent or more total undergraduate Hispanic full-time equivalent student enrollment — in the United States, 32 percent are private two- and four-year schools, according to information on Excelencia in Education’s website.

A 2012 report by the organization evaluating the Top 25 colleges graduating Latino students — the most recent of its kind — revealed that for the 2009-10 school year public universities took the lead in awarding associates, bachelor’s and doctoral degrees. However, of the Top 25 universities awarding master’s degrees, the majority were private institutions.

In 2013, researchers at the University of Southern California found that among Latinos who graduated from the state’s best high schools, 46 percent in the top 10 percent statewide chose to attend a community college — reflecting concerns about costs and accessibility, not just the students’ academic preparation or ability.

“(The findings) show that it’s not just preparation per se that’s driving students’ college decision-making. There are a lot of other factors, from issues of cost and accessibility to state colleges limiting enrollment due to budget cuts,” said Lindsey Malcom-Piqueux, the study’s lead author.

So colleges, like Marian, placing an emphasis on recruiting Latino students could make a big difference in changing these statistics.

“They (need to) feel like they belong in the institution. That can make a difference between them staying or going,” Santiago said in Wang’s article.

Santiago said colleges tend to be most successful when they work with community-based organizations that have already established trust relationships with the Latino community. The university hosted “Festival Mariano” in October to commemorate Hispanic Heritage Month and link its Catholic heritage with the faith of many local Hispanics.

Events like these help familiarize Latinos with campuses. Students sometimes don’t know that small private universities such as Marian exist, in part because 40 percent of Latino students are the first in their families to go to college, Wang wrote.