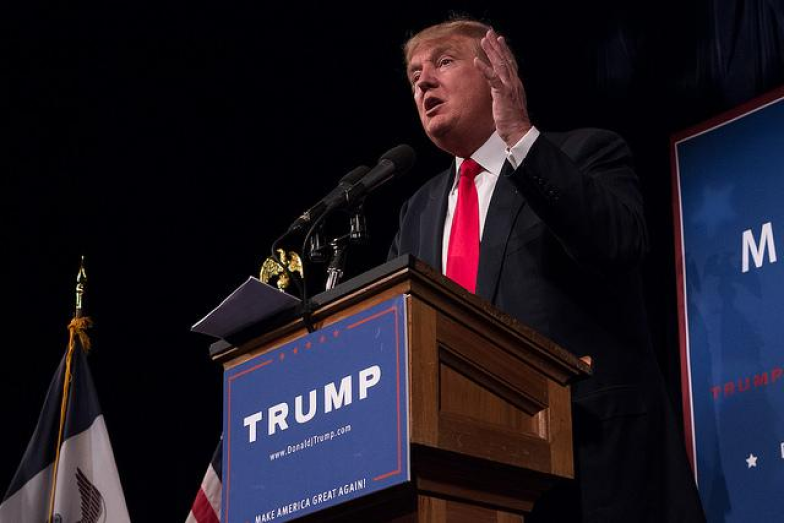 Hispanic students in Sioux City, Iowa, say they’ve been bullied since Donald Trump made controversial comments about illegal Mexican immigrants during his presidential campaign announcement speech, prompting hundreds of students, parents and other residents to protest the Republican candidate’s appearance at a local high school this week.

A petition to rescind Trump’s invitation to speak at West High School in Sioux City had garnered 1,400 signatures on Tuesday, the Associated Press reported. Opponents of the campaign event argued Trump’s remarks on immigration are hostile and violate the school’s anti-bullying policy.

“Latino students are being harassed and bullied in the wake of Mr. Trump’s inflammatory comments,” a student organizer told the AP. “He makes people at his events think that saying the kinds of things he does to other people is OK. It’s not OK.”

CBS News interviewed Takkia Frazier, a sophomore at West High School who said there is not a history of racial bullying at the school. But since Trump’s announcement speech, Hispanic students have been targeted with such comments as, ”You know Mexican kids just want to get their green card,” in the classroom.

When Trump announced he was entering the 2016 race for president in June, he said:

Despite the controversy that’s followed him throughout his campaign because of these remarks, Trump has stood by his position, claiming he is not racist and that his words have been distorted.

“What can be simpler or more accurately stated? The Mexican Government is forcing their most unwanted people into the United States. They are, in many cases, criminals, drug dealers, rapists, etc.,” he later said in a statement.

Despite the protests, school officials did not cancel the political rally on Tuesday, where Trump spoke to a crowded gym-full of supporters.

According to an article in the Sioux City Journal, Superintendent Paul Gausman said Trump is not the first politician to use the West High School campus as a campaign stop, and political rallies are an allowed usage of the property under district policy.

“This situation presents an opportunity for us to model for our students and community how to properly demonstrate the rights of free speech and the freedom of assembly, and the democratic process,” he said.