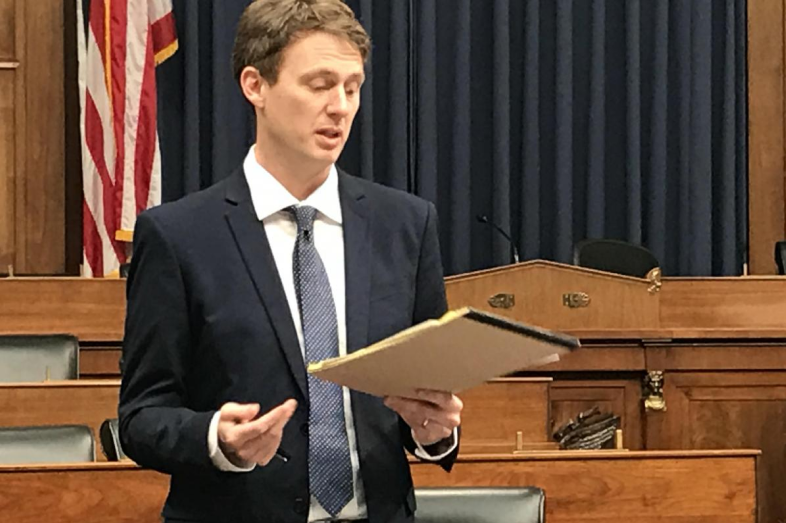 The ability to speak more than one language can enhance brain function, academic performance and business acumen, linguistic experts said at a U.S. House of Representatives briefing Tuesday.

The ability to speak more than one language can enhance brain function, academic performance and business acumen, linguistic experts said at a U.S. House of Representatives briefing Tuesday, making the case for a greater emphasis on multilingual education in American schools.

Teaching children in multiple languages can even help them learn English quicker, said Anita Pandey, a professor at Morgan State University in Baltimore. “If we want our students to be proficient in English, research shows that use of that primary language accelerates and serves as a catalyst.”

She was speaking specifically about the 22 percent of children ages 5-17 in the U.S. who speak a language other than English in the home and the estimated 4.5 million students in U.S. public schools who are English-language learners.

Dual-language education programs that promote bilingualism and biliteracy in English and a partner language have been found to narrow the achievement gap between English-language learners and their native English-speaking peers.

It has other benefits, too — and not just for “crib bilinguals,” or children who grow up speaking a language other than English in the home, said Georgetown University Professor Luke Plonsky, who specializes in second language acquisition. People who speak more than one language often have increased creativity and problem-solving skills, as well as better memory and ability to multitask.

He likened it to the benefits of playing Sudoku, which conventional wisdom says is good for the brain. “Think Sudoku every minute of every single day,” he said.

Dual-language programs are growing in popularity across the country. Experts estimate there are at least 2,000 — a jump from about 260 in 2005. A joint U.S. Department of Education-American Institutes for Research report shows 39 states and Washington, D.C. were offering dual-language education during the 2012-13 school year, with Spanish and Chinese programs cited as the most commonly used languages.

Still, dual-language education remains controversial. In the late 1990s and early 2000s, California, Arizona and Massachusetts passed laws mandating that students who were English-language learners be placed in English-only immersion programs, though Californians recently voted to repeal the law. Pushback has come from policymakers, as well as parents of English-language learners who prefer that their children focus on learning English at school.

The country could have a lot to gain from language education — a way to help create a society that’s capable of performing at its highest cognitive potential, said Plonsky. He said he has personally witnessed the benefits of multilingualism with his own children. When the family lived in Spain, his son, now 7, was able to distinguish and explain the differences between Spanish and Catalan, a language spoken in northeastern Spain and other European countries.

This kind of cultural and metalinguistic awareness is important in business — an argument that has the potential to convince policymakers of the importance of language education, said Trevor Gunn, vice president of international affairs at Medtronic, a global healthcare company, and an adjunct professor at Georgetown.

His own company has seen success and the failure live and die “on the lack or presence of cultural understanding,” which language skills and global travel can provide, he said.

Without it, he said, the U.S. ends up being a country with great products but less ability to sell those to foreign governments.