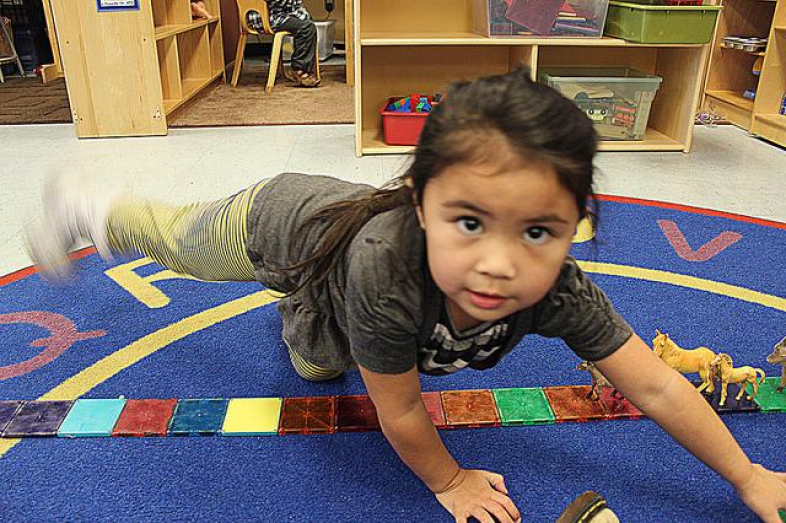 More Low-Income Hispanic Kids Are Getting Early Start to Education

A report by the National Research Center on Hispanic Children and Families found that nationally, two-thirds of low-income Hispanics ages 3-5 attend some form of early education, nearly on par with white children of the same socioeconomic status, though lagging behind their black peers. And when looking more specifically at center-based childcare — which includes public pre-K, Head Start and community- or church-based programs — researchers found no significant differences in enrollment by race or ethnicity of preschool-aged children.

Hispanic children also spent more time in early education settings each week with an average of 30 hours — comparable to the average time spent in these programs by black students and more than whites.

That Hispanic families are seeking out center-based childcare for their young children ”disrupts the prevailing idea that [Hispanic] families prefer to keep kids at home or don’t like center care and prefer family-based care,” Michael López, a principal investigator at the National Research Center on Hispanic Children and Families, told KPCC, Southern California’s NPR affiliate.

Hispanic children have historically had lower participation rates in early care and education, but there is little evidence to support common explanations, such as the ones López referenced. In general, Hispanic parents hold similar perceptions of these programs as white and black parents and are no more likely to report having relatives who can care for their children, according to the Center.

The growth in participation rates among low-income Hispanic families signals federal, state, and local investments in early childhood education programs, as well as targeted outreach to underserved populations, appear to be paying off in closing the disparity gap, researchers point out.

Experts have long touted the benefits of early childhood education, especially for children from low-income households who are typically behind their peers academically upon entering kindergarten. (Latino students in particular lag behind in academic readiness.)

As New York University Professor Gigliana Melzi told reporters at a recent EWA conference, “Various research has shown that those who go to pre-K have better school performance in elementary, in high school, a higher probability of graduating from high school — even a higher income at 40 years old than kids who do not go to pre-K.”