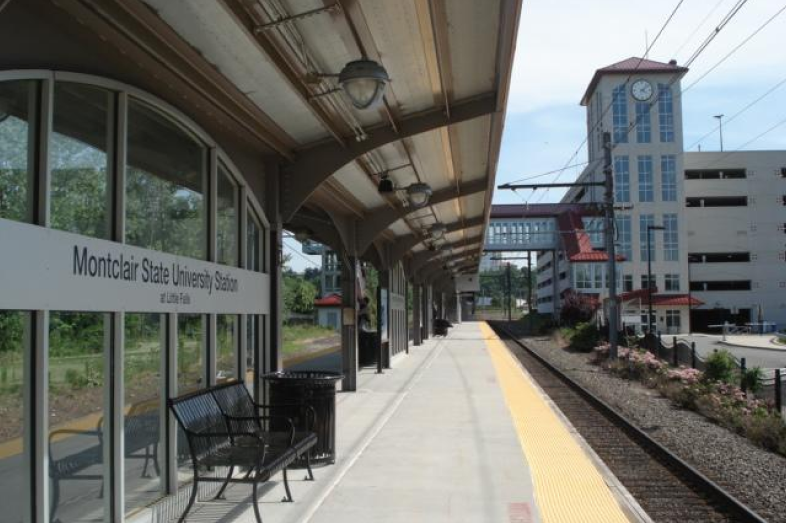 It may be nestled near the middle in a list of the Top 100 Colleges for Hispanics, but Montclair State University in New Jersey received front cover-worthy recognition in the latest edition of the Hispanic Outlook in Higher Education Magazine.

The university has been listed among the top 100 for 16 consecutive years and is slowly inching its way up the list. Significant strides in Hispanic degree-attainment and graduate school enrollment — which improved by 15 percent in two years, according to the magazine article — helped Montclair State move up from its placement as No. 76 for bachelor’s degrees granted to Hispanics in the publication’s 2014 rankings to No. 51 this year.

What’s their secret? Jeff Indiveri-Gant, director of undergraduate admissions at Montclair, said in an email that recruitment efforts don’t specifically target a certain demographic, though there are a few initiatives targeted toward first-generation Hispanic students. The university provides recruitment and information materials in Spanish and has several Spanish-speaking recruiters on staff.

“The surrounding areas, from which we draw a significant number of students in general, have large Hispanic communities,” he said. “These students, like all our students, are attracted to Montclair State for our wide range of academic programs, access to top faculty and facilities, and the cachet that goes along with a degree from Montclair State.”

Indiveri-Gant also mentioned the university’s recent decision to make the SAT and ACT tests optional for admission — the first public university in New Jersey to do so. These tests, The Record newspaper reported in July when Montclair announced its decision, have been criticized for biases that could disadvantage students who are racial/ethnic minorities or from low-income backgrounds.

Of the six New Jersey colleges and universities on Hispanic Outlook’s list, Montclair was second to Rutgers University-New Brunswick, which holds the 46th spot.

Mary Ann Cooper, the magazine’s senior editor, said in an email Wednesday that the rankings were compiled using 2013 data from the Integrated Postsecondary Education Data System (IPEDS) of the National Center for Education Statistics. The list was based on the total number of Hispanic students and degree-earners at a college or university.

Sixty-three of the schools listed in the top 100 are in Texas, Florida and California — all states with large Hispanic populations. According to a statement on Montclair’s website, the university is “continuing to do its part” to advance diversity in New Jersey, which is nearly 75 percent white and about 19 percent Hispanic or Latino.