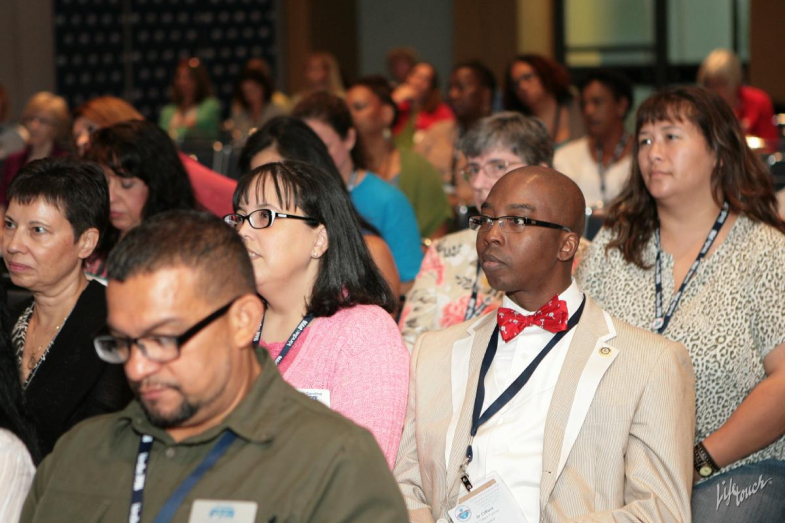 More than 100 adults convened in North Carolina last week for the first-ever Hispanic Family Engagement Symposium as a part of the National PTA’s annual conference.

The event — a joint effort by the National PTA and the Hispanic Heritage Foundation — served as an answer to the call for a “commitment to action” that the White House Initiative on Educational Excellence for Hispanics made, urging new steps to increase Latino parent involvement in education.

According to a news release from the National PTA, “Hispanic and African-American students are the most likely to report they would like their parents to be more involved in their education.”

In a story for The Charlotte Observer, Jane Wester reports that some Latino parents face barriers like language difficulties, cultural differences and documentation that keep them out of the classrooms. In Charlotte-Mecklenburg Schools, for example, parent volunteers must pass background checks. Tutors, field-trip chaperones and other adults in unsupervised roles need to provide photo identification and Social Security numbers.

The symposium was designed to create a better learning environment for Hispanic students — currently 25 percent of the U.S. public school population — by strengthening engagement and support from Latino families, according to the news release.

Research shows family involvement can be an important contributor to school success and completion – the most accurate predictor being how much a student’s family encourages learning. A 2013 Child Trends study revealed Hispanic and black students were less likely than white students to have parents attend school events or volunteer their time at school.

These gaps do not appear to be due to a lack of desire or interest: Latinos place education as a high priority. But as one PTA leader said at the symposium, PTAs and parent involvement in education just aren’t a part of the cultures where many Latino immigrant parents are from, Wester reports.