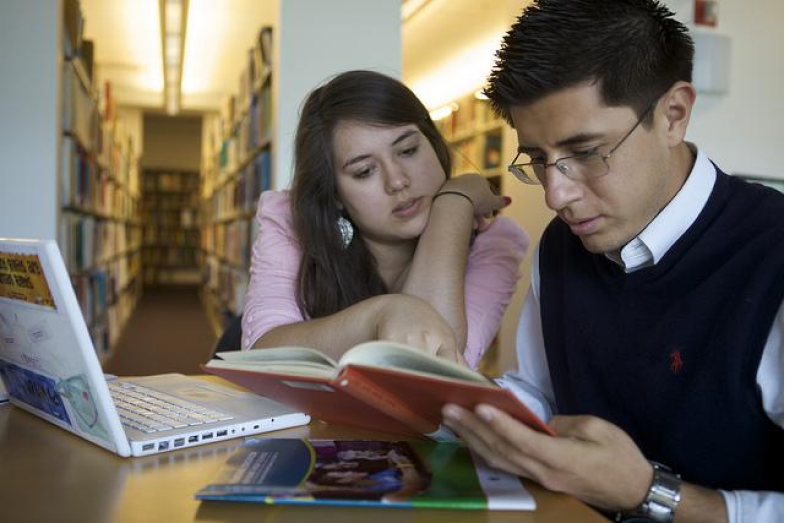 In early education, elementary, high school and undergraduate college programs, Latinos represent the second largest group of students, according to a new report by Excelencia in Education.

The report, released last week, is comprised of more than 20 fact sheets profiling the state of Latinos in education across the pipeline.

In 2012, Latinos were 26 percent of the population under age 5, but by 2060, Latino youngsters are expected to be the majority among their peers. And while Latino children were less likely to be enrolled in early-childhood education programs than other groups, they were just as likely to have someone teach them fundamental math and reading skills at home.

Other notable facts in this section include:

Latino elementary school students have made progress in their NAEP reading and math scores — up seven and 11 points, respectively, since 2003 and were the second-largest racial or ethnic group in gifted and talented programs. However, scores are still 19 points below white students and 27 below Asians.

According to the report, “The Condition of Latinos in Education: 2015 Factbook,” many Latinos attended highly segregated schools, where minorities were the majority. Also, many were enrolled in schools where most students qualified for free and reduced lunch.

In 2013, Hispanics represented 22 percent of high-school students in the United States. That number is expected to climb 41 percent by 2019.

Dropout rates among the demographic have decreased, falling by nearly half between 2003 and 2012, but remain higher than the high-school dropout rates of African Americans and whites. Latino immigrants were more likely to be high school dropouts than Latinos born in the United States.

The report records a steady number of SAT and ACT Latino test-takers but states these students see lower scores than other groups. Only 14 percent of Latinos met all four benchmarks set by the ACT, which are used to predict a student’s success in college. However, Latinos had a higher college-going rate than other groups: 70 percent of recent high-school graduates enrolled in college, compared to 66 percent of their white peers.

Other things to note:

Latinos were the second-largest population represented at the undergraduate level, but were only a small percentage of students enrolled in advanced-degree programs. However, the report notes that the number of master’s and doctoral degrees earned by Latinos has gone up.

Business and health degrees were also popular at this level, with education joining the ranks of the top three graduate degrees sought after by Latinos.

The Factbook was compiled as a baseline from which to measure performance over time, according to its writers. “One of Excelencia in Education’s strategies to compel action to increase Latino student success is to provide timely information about the condition of the fast growing and young Latino population in education. For us, ignorance abatement is a first step towards taking action to accelerate student success,” the report states.