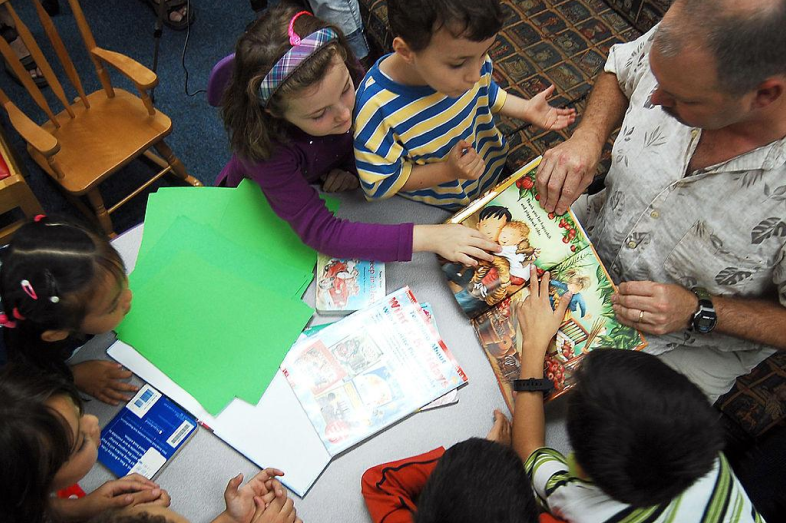 Organizations Team Up to Improve Early Learning Among Hispanic Children

Children are “Too Small To Fail” — the name of one organization that’s teamed up to focus on improving early learning results among Hispanic children.

Univision Communications Inc., the leading media company serving Hispanic America, and Too Small to Fail, announced their partnership Wednesday — a commitment to help Hispanic parents and caregivers “boost early brain development and improve early learning among Hispanic children from birth to age five,” according to a news release. Studies show Latino children lag far behind in academic readiness upon entering kindergarten, struggling in both reading and math.

The organizations hope to change that, aiming to deepen and strengthen an already existing campaign the two launched in February, “Pequeños y Valiosos,” or “Small and Valuable.” Their goals for 2015 are as follows.

The commitment was unveiled in conjunction with today’s White House Early Learning Summit, where it was announced that $1 billion in federal, private, public and philanthropic funding was being put toward early learning, including $750 million in federal investments for preschool development grants and an expansion of the Early Head Start program.

The president’s plan also includes expansion of the Maternal, Infant and Early Childhood Home Visiting program to increase the number of voluntary home visiting programs which help connect low-income families with services and educational support shown to improve a child’s health, development and ability to learn.

This is the second time this year Too Small to Fail — a joint effort of the Clinton Foundation and Next Generation — has worked with the White House and early childhood community leaders to support early learning and help close the word gap, or, “the disparity in words that children living in lower-income families hear and learn compared to those in higher-income families,” the news release states. In October, Too Small to Fail joined the White House Office of Science & Technology Policy, the U.S. Department of Health and Human Services, U.S. Department of Education, and others to highlight the ways that communities across the country are tackling this challenge.

Univision isn’t new to this issue either. The Spanish-language media giant recently ran a month-long campaign – part of Pequeños y Valiosos – aimed at raising awareness among parents about the importance of interacting with their children every day, specifically from birth to the preschool years, to help them develop their learning skills. As stated in an earlier Latino Ed Beat post, the network encouraged parents to pledge at least 15 minutes of uninterrupted time with their child, and those who signed up to participate received tools, resources and tips to maximize their child’s learning potential.