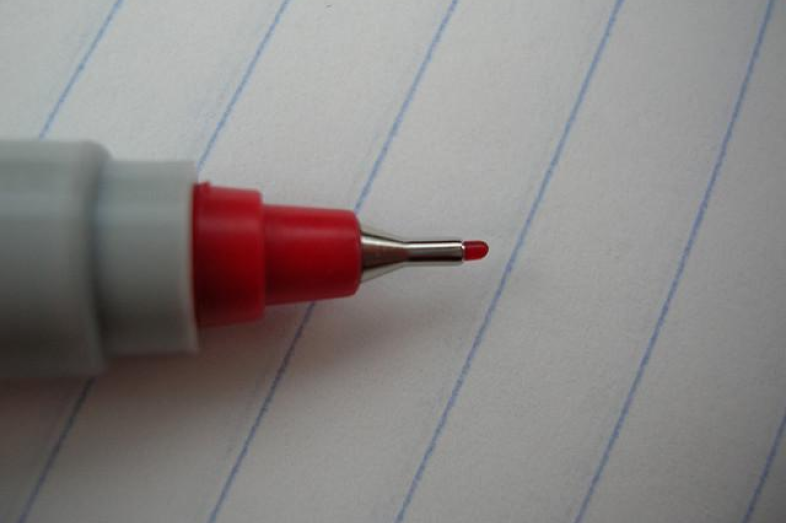 Professor Accuses Latina Student of Plagiarism: ‘This Is Not Your Language’

A high-achieving Latina student at Suffolk University in Boston says a professor accused her of plagiarism in front of the class after she used the word “hence” in a literature review.

Tiffany Martinez shared the story on a blog post that went viral last week, titled “Academia, Love Me Back.”

“This is not your language,” the professor reportedly said and circled the word “hence” in her paper with a note: “This is not your word.” As seen in a picture,”not” is underlined twice for emphasis. Martinez said the professor also asked her to indicate which material in the paper she had copied and pasted.

“They assumed that the work I turned in was not my own. My professor did not ask me if it was my language, instead they immediately blamed me in front of peers,” Martinez wrote.

“I name these accomplishments because I understand the vitality of credentials in a society where people like me are not set up to succeed,” she writes. “My last name and appearance immediately instills a set of biases before I have the chance to open my mouth.”

She told BuzzFeed News, “I spent the rest of the class going back through every single line, every single citation to make sure that nothing had been plagiarized, even though I knew I hadn’t.”

The incident has sparked discussions over the assumptions faculty members make regarding students of color and underscores a lack of diversity in the professoriate, where a small number of faculty members share cultural backgrounds and experiences with a growing number of minority students.

An overwhelming majority (84 percent) of full-time professors in American colleges are white, according to data from the National Center for Education Statistics released last year. Blacks and Hispanics make up 4 percent and 3 percent of the workforce, respectively.

It’s a “critical issue,” Excelencia in Education’s Deborah Santiago recently said. Latino college-goers — 40 percent of whom are first-generation college students — “don’t see a lot of Latino faculty and don’t have them as professors when they go to college. So they don’t see it as a viable option. They don’t have role models to show them it’s possible.”

While her professor’s rebuke did make Martinez question her ability to pursue a career in academia, she wrote that ultimately solidified her desire to continue her studies and earn a Ph.D.

In an email to all students and faculty Friday, Suffolk University officials acknowledged that they were aware of the blog post and said that the university was looking into the incident.

“Suffolk University is deeply committed to fostering an inclusive environment. Every student and every member of our community should feel respected. We need to pay attention to both the intention behind our words and actions and the way in which those words and actions are experienced. As a community we are not perfect, and we make mistakes as an institution and as individuals,” it states.