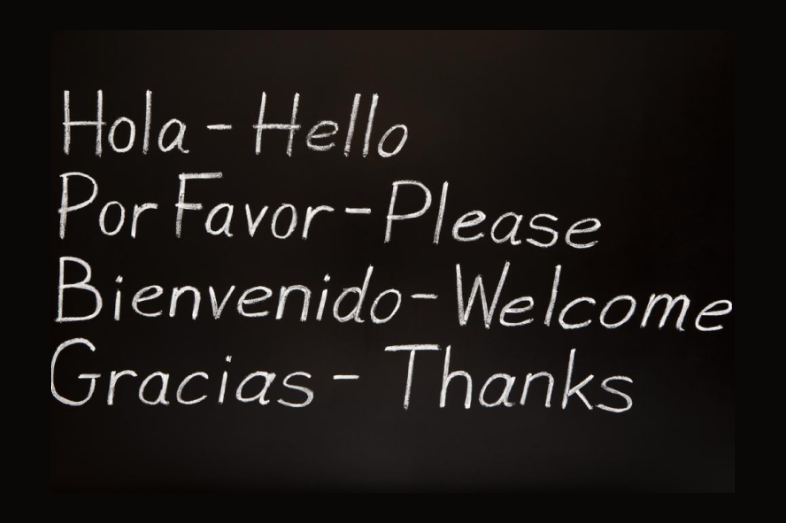 Nearly 10 percent of K-12 students in the United States are not native English speakers. That’s 4.4 million children enrolled in school who have been identified as English language learners.

Nearly 10 percent of K-12 students in the United States are not native English speakers. That’s 4.4 million children enrolled in school who have been identified as English language learners.

So how are the more than 2,000 dual language programs that serve these students funded? Well — as laid out in a November report by New America – it’s a bit complicated.

Originally, these programs were funded under a competitive grant process in the mid-1990s after the reauthorization of the Elementary and Secondary Education Act. They were designed to help school districts improve their instruction of students with limited English proficiency so they could improve their English fluency and “to the extent possible, their native language.” Winners of the competitive funding program received two-year grants for bilingual education programs or five-year grants to implement school- or district-wide programs.

After No Child Left Behind, the English Language Acquisition grants program was relocated to Title III of the ESEA and became formula-funded.

“Making dual language learner funding available through a formula rather than a competition meant that virtually all districts had the benefit of those dollars — and all districts could be held accountable for their outcomes,” the report states. But research points to inconsistencies and inequities in the formula.

The formula works like this: States get 80 percent of their funds according to their share of dual language learners when compared with the rest of the country. The other 20 percent of the money is based on the number of immigrant children.

The states then distribute these federal funds on a similar scale. Districts that would receive a grant of less than $10,000 don’t get anything, according to the report.

So how does the Department of Education calculate the number of students that should be benefiting from the funds? Therein lie the discrepancies.

The Department uses data from the U.S. Census Bureau’s American Community Survey to figure grant awards rather than the number of children who take the English proficiency assessments as reported by states. But the ACS data require only a sampling of students.

Source. Screenshot of the most recent American Community Survey map tool, where each dot represents 100 people who said they speak English “less than very well”.

Other differences between the two methods, as recorded in the report:

In 2006, a report by the U.S. Government Accountability Office put into a graphic exactly what these differences meant for some states.

In California — one of the GAO’s 12 study states, where nearly 40 percent of the population is Hispanic or Latino — the state reported having about 1.6 million students with limited English proficiency during the previous school year. However, ACS estimates had come in at 1.1 million, an almost 50 percent difference, according to the GAO report. In similar straits were Texas — where the difference was approximately 140,000 children — Nevada, Washington, Arizona and Colorado.

Changes in funding for dual language programs could be on the horizon.

“In a bill to reauthorize the Elementary and Secondary Education Act…retiring Sen. Tom Harkin, current chair of the HELP Committee, rewrote the data requirements for Title III funding. Instead, his bill would require the use of Census Bureau ACS data in calculating the share of immigrant children in each state. For the larger portion of the formula — each state’s share of dual language learners, specifically — the Department of Education would be able to use ACS data, state-reported data, a combination of both sources, or another, more reliable source of data,” the New America report states.

The document ends with a promise from New America to keep a close eye on Congress as it pursues “a long-overdue reauthorization of NCLB — and, perhaps, a much-needed reconsideration of dual language learners’ needs.”