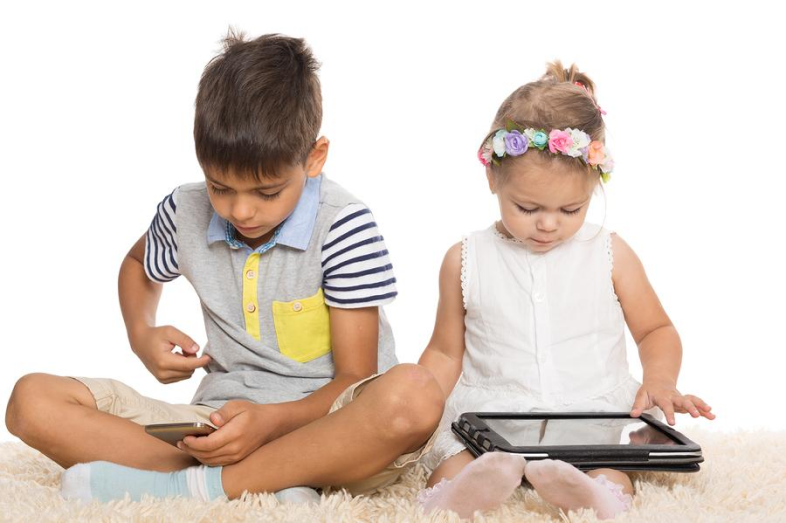 Report: Young Latinos Less Likely to Use Technology for Education

Latino children and their white peers have similar access to technology, a new study finds, but a digital divide persists: how parents use digital tools to advance children’s early learning.

Latino children and their white peers have similar access to technology, a new study finds, but a digital divide persists: how parents use digital tools to advance children’s early learning.

In a report released Wednesday by the Joan Ganz Cooney Center at Sesame Workshop – by University of California, Berkeley researchers in collaboration with EWA and the Latino Policy Forum – the writers found that Latino families are less likely to use technology for educational purposes, particularly in homes where Spanish is the primary language.

The report, “Digital Media and Latino Families: New Channels for Learning, Parenting, and Local Organizing,” used survey data of a nationally representative group of Hispanic parents of children ages 2-10, evaluating the use of technology for learning at home. This included educational TV programs like “Sesame Street” and “Dora” as well as the usage of mobile devices for homework.

The findings — compared with parents of other demographic groups in a 2014 Cooney Center report – revealed that across every platform and almost all subject areas, Hispanic-Latino parents are the least likely to say their child has learned from educational media. For example, when asked whether their child has learned some or a lot about math from computers, 63 percent of Latino parents said yes, compared to 91 percent of black and 79 percent of white parents.

I talked with Bruce Fuller, the lead researcher on the report, about the survey findings. He shed some light on what might be behind these statistics.

The gap in ownership and access to digital devices between Hispanics and whites has narrowed significantly in recent years — at a rate which Fuller said initially surprised researchers – and has been driven primarily by English-speaking Latino families, which tend to have higher levels of income and education.

Though 90 percent of Spanish-speaking families surveyed expressed a desire to have more resources and devices that would further their child’s learning, in many cases, parents aren’t plugged into electronic devices in ways related to education. Tablets or smartphones appear to be used more as electronic babysitters than mind-enrichment tools, and there’s less supervision involved. 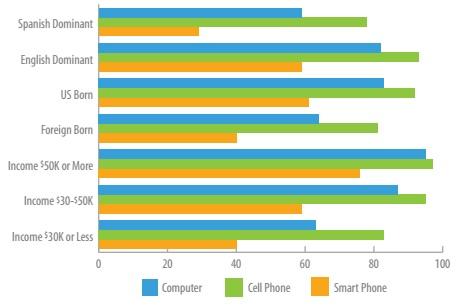 Also, Fuller said the quality of apps in Spanish geared toward children is low.

“Major Latino outlets, such as La Opinion and Univision, actively experiment with digital platforms to broadcast news or mount pro-education campaigns. But few other producers have created games, educational programs, or apps tailored to various slices of the Latino market,” the report states. “Producers seem to hold scarce knowledge of Latino communities and a weak capacity to engage these children and families. “

The report points out that hard evidence on the long-term benefits of using digital media for education is lacking, especially as it relates to Latino children. Exactly how does time spent on these devices relate to performance gains in reading in math? Research is emerging, but the data currently available are somewhat sketchy, the report suggests.

“Digital Media and Latino Families” was released Wednesday along with two other Cooney Center reports, “Aprendiendo en Casa” and “Connecting to Learn.” All three show an “urgent need for a more culturally inclusive approach to designing media for our country’s diverse children and families,” Cooney Center Executive Director Michael Levine said in an accompanying news release.

“While Hispanic families are early adopters of technologies in the U.S., our research indicates that we are missing a key opportunity to tap the educational value of the new, more interactive media,” he said.