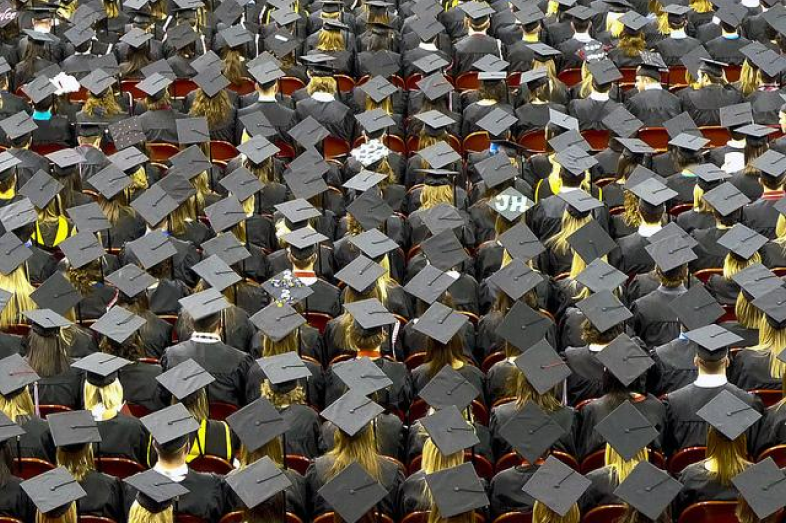 The statistics are eye-catching. Only 41 percent of Latino college students finish their college degree in six years. When compared with the national average of 50 percent who earn a degree in the same time frame, the disparity seems to be clear.

But is this an indicator that Hispanic-serving institutions – colleges where 25 percent or more of the student population is Latino — aren’t doing their job well enough? Recent research would argue the opposite.

Stella Flores, lead author of a recent study that found students of color do as well at minority-serving institutions as they do at non-MSIs, said in August, MSIs get a “bad rap” because of the large gaps in college completion, “rather than being considered viable and crucial contenders for increasing the rate of degree completion in America.”

Given the changing demographics of student diversity, Flores said, the focus should be on how well these schools are performing in the midst of “significant challenges.”

I spoke with John Moder, senior vice president and chief operating officer of the Hispanic Association of Colleges and Universities, about some of those challenges over the phone Thursday. He was first quick to point out the flaws in measuring a school’s success by graduation rates alone.

That group of “traditional” students,” however, is now becoming the exception. And while the percentage of Latino 18 to 24 year olds enrolled in college full time has gone up 175 percent since 2000, the Latino college student profile — as given by Excelencia in Education’s Deborah Santiago at the EWA Spanish-Language Media Convening in September — is low-income, enrolled only part time at a community college or HSI.

And over half of HSIs admit all who apply. Enter the “challenges.”

“If you look at a school that is…open admissions, for one thing, or not particularly selective, then you’re looking at a school who’s taking a lot of students who are coming with some degree of unpreparedness for college,” Moder said. “For schools that take in a set of students like that, they have more academic failures to get over, more financial failures to get over. (Some are) married, parents themselves — all these real-life kinds of things interfere with being able to focus solely on education. It’s not surprising that schools that have these kinds of students have lower graduation rates.”

And the graduation rates don’t adequately measure what goes on behind the scenes.

HACU has found many HSIs do a good job of providing remedial help to students, Moder said, in an effort to boost those college completion rates. And because HSIs tend to be smaller, more regional or community-minded schools, the faculty are often willing to go the extra mile.

Also, Moder said, financial aid has become a priority. “I think that really sensitive schools recognize that for a lot of low-income students, it’s not just about a financial aid package that covers their costs. These are also students who are one car repair away from not being able to make ends meet. They’ll set up revolving loan funds so that students that get into a financial jam can borrow a little money to be able to get over this hurdle,” he said, adding, “It’s hard to imagine that being a big issue at Harvard.”

Moder isn’t sure what the future holds for HSIs if graduation rates don’t go up, but noted schools are actively looking for ways to address the statistics.

HACU is keeping close tabs on the upcoming reauthorization of the Higher Education Act, which could have an impact on Title V funding for HSIs.

“Given the political climate in Washington, I think there’s a danger for every government-funded program to be facing hard times. I don’t know that HSIs or MSIs are more at risk than any others,” he said. “I hope the case that can be made – because it’s true – (is) that they are serving a part of the population that faces more challenges to getting to graduation than they typically think of when they think of college kids. Institutions are doing it with fewer resources than the wealthier institutions are and that if we really want an educated populous, it would be self-defeating to undermine the institutions that really are the gateway to the middle class for so many people.”