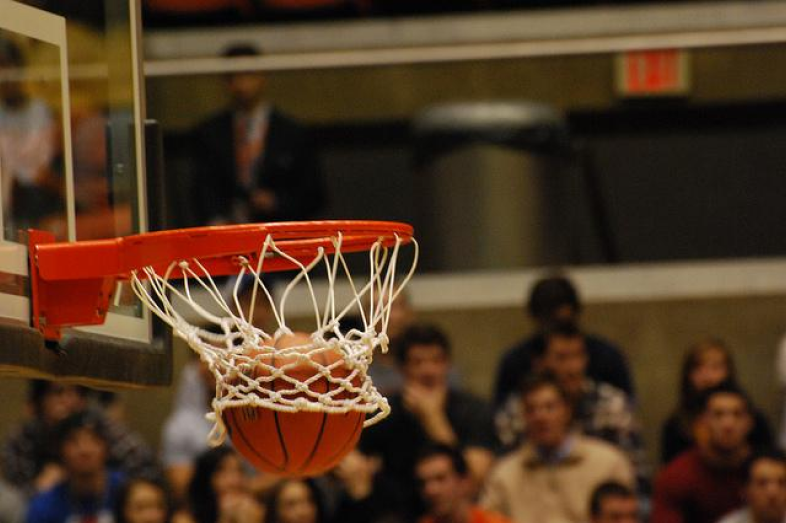 In Iowa last Monday, the team from Perry High School, which has several minority players, dribbled to the chants of “Trump, Trump, Trump,” from the opposing team. Visiting fans also began to recite what the Republican presidential candidate has said about his plans for undocumented immigrants and their children if he is elected, Des Moines-based NBC affiliate WHO reports.

One student later wrote in the Perry High School newspaper that this was not the first time Trump’s name had come up at athletic events, saying, ”It is a chant said to intimidate and discriminate our Latino/Hispanic students and it is a chant that is fueled by racism.”

The administration at the opposing team’s school said it is handling the situation, though officials declined to comment on specific disciplinary measures.

In a Friday Catholic Cup game between two Indiana schools, Andrean High School fans arrived with a large image of Trump’s face and a sign that read “ESPN Deportes.” Students reportedly chanted “Build a wall,” referring to Trump’s plan to do so along the U.S.-Mexico border to stop Mexican immigrants — whom he has called drug smugglers and rapists — from entering the country illegally. According to an article in the Times of Northwest Indiana, the heated exchange spiraled into racist remarks about black students as well.

“Any actions or words that can be perceived as racist or derogatory to others are antithetical to the Christian faith and will not be tolerated in any of our institutions,” Bishop Donald Hying of the Gary Diocese said in a statement on the incident Tuesday. ”Jesus is at the center of all we do and his message was and is one of inclusion and respect for all people. I take this incident to heart and again state that it is not to be tolerated, even as a childish prank.”

These incidents aren’t the first in which Trump’s campaign rhetoric has incited allegations of racism at the school level. In October I blogged about a school in Sioux City, Iowa, where students protested a Trump rally there because they said his remarks had incited bullying and harassment of Hispanic students at the school.