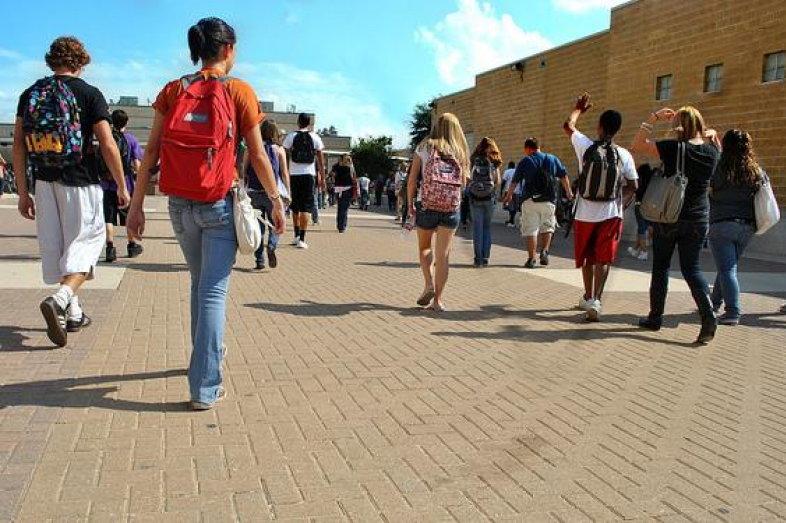 The superintendent of Richmond Public Schools in Virginia issued a public apology Monday for a two-year-old incident in which Latino students were searched and threatened with deportation.

The Richmond Times-Dispatch and other news outlets reported that Superintendent Dana Bedden and Huguenot High School Principal Jafar Barakat visited the school Monday for a long-overdue address of the “inappropriate” incident.

According to reports, in February 2013, Latino students were led into the Huguenot cafeteria for what they were told was a meeting of their Latino club. Instead of a meeting, however, the students were allegedly threatened with deportation if they did not comply to a bag search, with Barakat explaining they were being singled out because of previous violent outbursts and rumors of a fight. At dismissal time, the Latino students were escorted to their respective buses in small groups.

That situation was exacerbated by the lack of Spanish-speaking staff members, Zachary Reid writes for the Times-Dispatch.

The Virginia-based Wayside Center for Popular Education put out a news release Saturday announcing the apology and alleging a pattern of “discriminatory treatment” at the school.

“This (apology) sounds good, but we will be watching to make sure they follow through on all of our demands,” Claudia Rodriguez, whose daughter was enrolled at Huguenot at the time of the incident, said in the release. “This was just one incident but there are many ongoing problems. We will continue to fight until we have justice for all of our children.”

“The previous administration created a Multicultural Task Force in response to the group’s demands, which included access to interpretation services, an immediate end to threats based on immigration status and others. Students and families formally opposed the task force, which included service providers and professionals, but no one from among the group that presented the demands. Their concerns were ignored and the Task Force continued for more than two years without producing any visible results. The students and parents continued to organize during this time. When Dr. Bedden stepped into the superintendent role, they initiated the ongoing series of talks that led to this apology.”

The district has acknowledged the students were “improperly searched” but officials have not released details of that day.

Latino students and their parents told News Channel 12 the school district has made “strides forward” since then, like allotting $1 million for translation and interpretive services in the proposed budget. There’s also talk of creating a possible welcome center for non-English speaking students.