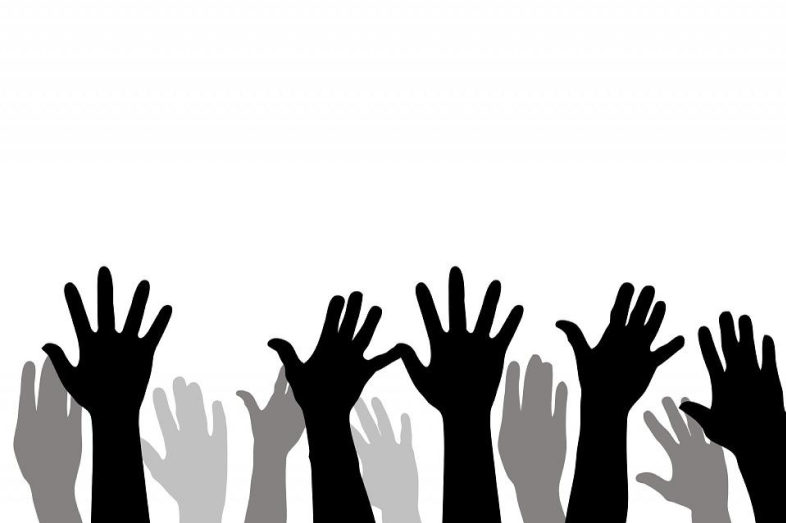 “Diversity — (noun) the state of being diverse; variety”

A student held up a sign with this definition outside a New Haven, Connecticut charter school this week as he and his fellow students walked out of class protesting the lack of diversity among the mostly white teaching staff at the school, where, according to the school’s website, 98 percent of the students are black or Latino. Another student’s sign read “Diversity =” followed by a drawing of a key.

The New Haven Independent reports that hundreds of students met on the football field and chanted things like, “What do we want? Diversity! When do we want it? Now!” Most students dressed in white and their leaders in black.

“Diversity in the staff increases our sense of comfort and our ability to interact with confidence in our problems,” one student who led a call and response told the newspaper. “Growing up without a father figure, I always looked to find one inside the classroom. Unfortunately, not to sound rude, a Caucasian male would never be able to teach me how to live in a society that still looks down at the skin of my color.”

Achievement First Amistad High School is rated No. 3 in the state by U.S. News & World Report and boasts a 100 percent college acceptance rate for its graduates.

The administration said the school has worked hard to recruit a diverse staff. This year, 27 percent of the teachers identify as black, Latino or multiracial – up from 21 percent in 2013-14.

“Achievement First strives to recruit a talented and diverse team of educators. Teachers and school leaders who share racial and/or socioeconomic backgrounds with our students are poised to be especially effective role models, and they bring an important perspective to school teams that enhances sensitivity and cultural competence. Achievement First also strives to create an inclusive working environment in order to attract talented people from all backgrounds—regardless of race, religion, ethnicity, sexual orientation, age and sex. We believe our students are best served by a team that represents the global community for which our students are being prepared.”

After the protests, the school promised to “do better.”

Achievement First is a charter school network of 30 schools in New York, Connecticut and Rhode Island.