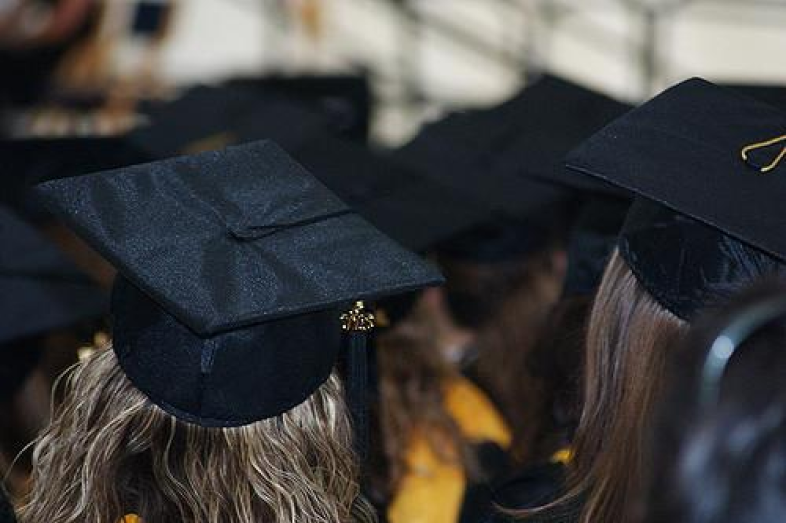 Though white adults are more likely to have a college degree than their black and Hispanic peers, a new study says the value they place on a postsecondary education for their children is not as high as other groups.

According to a survey conducted by the Pew Research Center, 86 percent of Hispanic parents with children under 18 say a college degree is very or extremely important. Seventy-nine percent of black parents said the same, compared to 67 percent of white parents.

Almost half (49 percent) of Hispanics who took the survey and 43 percent of blacks say that a college education is a requirement to be part of the middle class, while just 22 percent of whites agreed. The results could have something to do with socioeconomic status, researchers write. Hispanic and black families in the United States are more likely to be low-income.

“When you have a certain level of income and comfort, you realize two things,” The Education Trust’s Jose Luis Santos told Arizona-based 12 News. “If I have some financial means, I want my child to go to college, but if my child doesn’t … I have much more social and cultural capital to know that they can succeed in other ways — starting a business — without having a degree.”

But in contrast, “Quite frankly, poor people don’t have the luxury to question the value of higher education,” Santos said.

“There is a much higher level of faith in education from Hispanic/Latino parents as well from other low-income parents, such as African Americans,” Hispanic Association of Colleges and Universities President Antonio Flores said in an interview with TakePart. “They see how significant life can be changed by a higher education degree, so they want the best for their children. They are very motivated, compared to white parents who are middle class or upper middle class and already have college degrees.”

Other research has shown Hispanics are more optimistic about college than whites in terms of access and affordability. When asked in a 2015 Gallup-Lumina Foundation poll if postsecondary education is available to those who need it, 73 percent of Hispanic respondents said yes. A majority of Hispanics also believe college is affordable.

Election polls have also shown that Hispanic voters place a high priority on education over other major issues, including the economy, health care, immigration and conflicts in the Middle East.