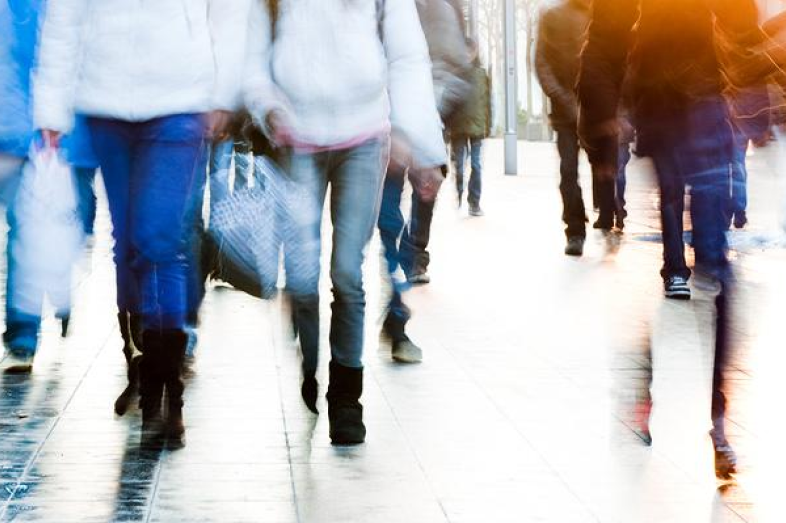 Study: Some White College Students Buy in to Stereotypes of Minority Peers

Asian-American students are “cold but competent.” Latinos and blacks ”need to work harder to move up.”

At least, that’s how some of their white peers at the country’s elite colleges and universities see them, according to a new study by Baylor University researchers. The study uses data from the National Longitudinal Survey of Freshmen, a survey of 898 participants from 27 prestigious American universities in which respondents rated their opinions of Asian, black and Latino Americans based on work ethic, intelligence and perseverance.

Researchers set out to determine whether stereotypes of these minority groups are commonly believed and found their suspicions confirmed.

“Now we have some concrete evidence that some white people tend to think that,” said Jerry Park, an associate professor of sociology in Baylor’s College of Arts & Sciences and lead researcher on the study.

Park said in an email Wednesday that respondents were asked to rate each minority group independently, which led to more accurate results given that many people find it socially unacceptable to draw direct comparisons. Students who believed Asians are more competent are the same ones who think Latinos and blacks need to work harder.

“Recent theories suggest that Latinos are generally perceived in the same ways as African Americans when compared against Asian Americans,” said Park. ”These white student respondents tended to rate Asian Americans more highly than Latinos on qualities that reflect competence. When we analyzed this perception with beliefs about Latino inequality, the same relationship found for beliefs about African American inequality appeared also: These respondents tend to agree that Latinos do not work hard enough to improve their life circumstances.”

Worth noting: While an overwhelming majority of respondents had only one or no Asian, black or Latino friends, there was no definitive correlation between the students’ friendship composition and their views toward specific racial minority outcomes.

In reality, the perceived performance of some minority students might have less to do with personal effort and more to do with structural inequalities that go unchecked, Park said. “Residential segregation and low-income jobs work together to reduce the taxes available for poor neighborhoods with children. This results in poor quality education for many minority students.”

Of all minority groups, Asians are the least segregated in schools, and Latinos in the West are the most segregated, said Patricia Gándara, co-director of the Civil Rights Project/ Proyecto Derechos Civiles at UCLA.

“Yes, they do perform very differently, but it’s class, not race, that drives this,” she wrote in an email. ”And those stereotypes get reified and even the students carry those stereotype and many Latinos and African Americans are afraid to try to compete with them — and then you get stereotype threat. So it gets replicated over and over.”

Park pointed out that many “immigrant Asian Americans are recruited because of their specialized education and skills that result in the kind of ‘human capital’ that promotes educational pursuits in children. … The stereotype presumes that this achievement is a result of inherent intelligence and/or competence, when in reality it is due to selective migration of the very smart individuals and families from various countries in Asia.”

Changing the Way We Think

To combat these stereotypes, Park said Americans would do well to first acknowledge that these ideas influence their thoughts and behavior and educate themselves on the history and contemporary realities of American minorities.

Desegregating schools and providing poor kids with the same educational opportunities could also make a difference, Gándara said. “Unfortunately we cannot easily make up for all the social and cultural capital in the homes of these kids, but we can do what is possible to provide similar counseling, support, and out of school opportunities to begin to even things up.”

“Increased interactions between students of diverse backgrounds is key to helping students think critically about existing stereotypes among college students who will soon become leaders in various social sectors,” said Poon, attributing the “cold but competent” stereotype — also prevalent in the workforce – to limited cross-racial interactions.

The study was published in Social Psychology Quarterly and focused on the opinions of white students because, researchers wrote, “arguably, many of these respondents come largely from environments of privilege and will likely have significant influence in many quarters of American society.”