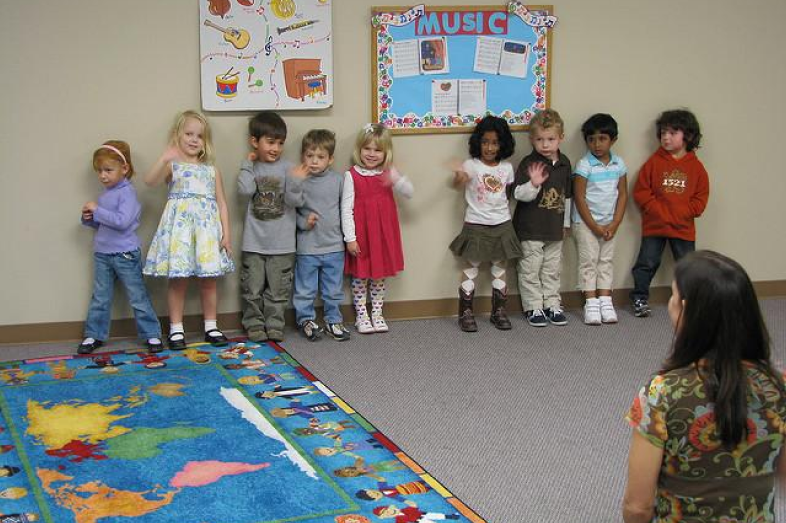 Young Latinos who are not proficient in English are more likely to develop higher early literacy skills when their teachers are also Latino, according to a University of Virginia study released this week examining the teacher-student racial gap in pre-K.

The UVA study, published in the Early Childhood Research Quarterly, looked at 701 state-funded pre-K programs enrolling nearly 3,000 students in 11 states, using data from the National Center for Early Development and Learning Multi-State Study of Pre-Kindergarten and the State-Wide Early Education Programs study in the early 2000s. Although the numbers used for the study are now more than a decade old, lead researcher Jason Downer, an associate professor of education and director of The Center for Advanced Study of Teaching and Learning, maintains the study is still relevant.

“Sure, it’d be easy to dismiss these findings based on the data being 15 years old. But, unfortunately, children in pre-K have only gotten MORE diverse over that time period, and the teacher workforce has definitely not kept up,” Downer wrote in an email. ”I’d say this is even more striking when you get into K-12, where the teacher workforce is even less diverse than the early education workforce.”

At EWA’s annual Spanish-language media convening in Washington, D.C., Aug. 2-3, a panel of experts told attendees that out of 3 million teachers in the U.S., just 8 percent are Latino. Meanwhile, 25 percent of the student population is Latino.

The U.S. Department of Education, which launched the social media campaign #LatinosTeach last fall, has cited various challenges as causes for the wide Latino teacher-student diversity gap, including college access and affordability for Latino students, and also the number of Latino college graduates, which is still not on par with the degree attainment rates of students of other ethnicities. Additionally, Latinos from immigrant families especially may feel pressure to choose a career with a higher salary, panelists said at last week’s conference.

“Within most early education programs, many if not most African-American and Latino children are taught by Caucasian teachers and it is these very children, often poor, who enter kindergarten behind their same-aged peers,” the UVA report states. ”The extent of this race/ethnic mismatch in preschool, particularly for poor children being served by publicly funded programs, is considerable and has been suggested as a possible explanation for achievement and developmental gaps reported.”

Fifty-eight percent of the students involved in the study were nonwhite. Almost all of the participating teachers were female — 64 percent white, 13 percent black, and 15 percent Latina — with an average of nine years of experience teaching preschool.

Downer and his team point out that while many studies have pointed to increased levels of engagement and learning related to teacher-student racial and ethnic match, notably, ”no studies of ethnic match/mismatch effects in preschoolers have examined academic achievement outcomes,” and most of the work done in this area has been based on interviews with teachers or classroom observations, Downer said. UVA researchers used teacher ratings of children’s performance for their study, as well as direct assessments of their students’ literacy and language skills for a more objective measure.

According to the study, which looked at teachers’ perceptions of student behavior as well as academic performance for both black and Latino students, the only significant area where mismatch played a role for Latino children — and Spanish-speakers specifically — was in early literacy skills for non-English-proficient students (assessed in Spanish).

Downer acknowledged this doesn’t appear to be a strong pattern, clarifying, “The study results are definitely not saying that the match is consistently important across all kids and all outcomes; the story is much more nuanced.”

It’s meaningful that racial and ethnic match isn’t an “across-the-board strong predictor of teacher perceptions and directly assessed skills,” he said, but the study’s findings also demonstrate that mismatch in pre-K classrooms “can’t be completely ignored.”