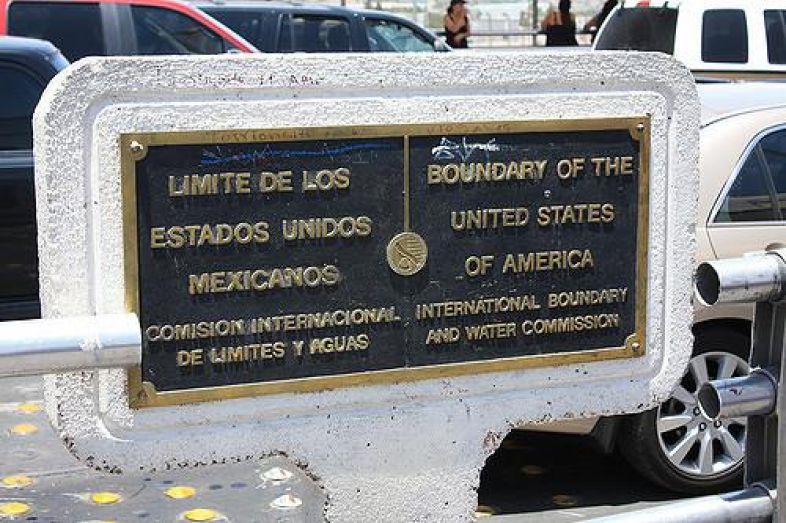 In 1910, one in four children in the U.S. was an immigrant, and most of that group were European, Christian and white.

More than a century later, the same one in four statistic is true, but the demographics are vastly different. Today, 84 percent of immigrant children are kids of color, many of whom will face issues of implicit bias and structural racism in this country, in addition to immigration policy issues, said Laura Speer, associate director for policy reform and advocacy at The Annie E. Casey Foundation, at a recent convening of black and Hispanic journalists in Washington, D.C.

Speer was referring to the 18 million children in the U.S. who immigrated with their families or have at least one foreign-born parent. While the vast majority are U.S. citizens, about 1.2 million are undocumented, and 5 million have at least one unauthorized parent. The majority of immigrant children, 54 percent, are Latino.

“In many, many places, they actually are the face of the child population,” Speer said, noting later that 1 in 2 children in California are immigrants themselves or children of immigrants. ”So, when we think of kids’ policy in California, it really is immigrant kids’ policy because so many kids are impacted.” 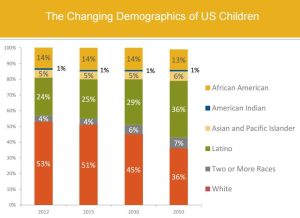 But the issues immigrant children face aren’t always getting the media attention they deserve, argued veteran journalists on the panel with Speer. They offered tips for producing accurate news coverage on the topic and discussed why it’s not advocacy to expose harsh realities in border detention centers, for example, despite what the public — and even editors — might think.

Immigration Reporters: the Next Muckrakers?

Panelist Maria Peña, the D.C. correspondent for the Los Angeles-based La Opinión and Impremedia, came to the U.S. as the result of a Civil War in Nicaragua 38 years ago. She can “totally relate” to the violence children in Central America currently are facing and why they’re fleeing to the U.S., she said.

Peña recently visited a U.S. Department of Health and Human Services-run facility for border detainees in a Phoenix suburb. Unlike some of the horrifying images she had seen and the stories she’d heard, the facility was clean and even offered the children English classes.

“But the sad story – the reality — is that they’re still being held in a place where they shouldn’t be,” Peña said. ”I think we need to put the word out there that even if they’re in a golden little cage, they’re still in a cage.”

“As journalists, while we’re not necessarily advocates, we do have a role to play in this debate,” she continued, adding that she’s often reminded of the muckrakers era. “They brought around important reforms to labor laws in this country. And it was because of their hard work, even going undercover, that a lot of those changes were made. So I think when we talk about immigration being the civil rights issue of our time, then that’s the kind of work that we need to keep doing.”

Phillip Martin, an investigative reporter for WGBH in Boston and Maria Hinojosa, host of ”Latino USA” and “America by the Numbers,” agreed.

Martin said one approach to covering immigration, and especially children, is to focus on success stories.

“The more we focus on success stories, I think we get across to people that what many immigrants want — undocumented or otherwise — is the same thing that you want, the best for your life and the best for your children,” Martin said.

Many journalists in the audience expressed an interest in covering the types of stories about immigrant children that the panelists recommended, but some said it was difficult to convince their editors or news directors that it was worth their time and that, as Latinos themselves, they didn’t have an agenda.

“The data and the reality speaks for itself,” said Hinojosa and reminded the audience that when black journalists in the South covered lynchings, they received significant backlash for promoting a “political, un-patriotic, un-American agenda.”

In Hinojosa’s newsroom at the Futuro Media Group, reporters don’t say “illegals” or ”minorities.” And while ”unaccompanied minors” is a phrase often used to describe children who cross the border without a parent or guardian, Hinojosa prefers to refer to them as children seeking refuge or sanctuary, she said.

Speer asked journalists not to use the word “wave” to refer to an increase in the number of immigrants coming to the U.S., explaining that the word carries a connotation of fear.

“Terminology is incredibly important,” said Nelson Castillo, an immigration lawyer in the audience. Words that label individuals could affect the way they’re viewed in the legal system and also have the power to either stunt or bring about reform.