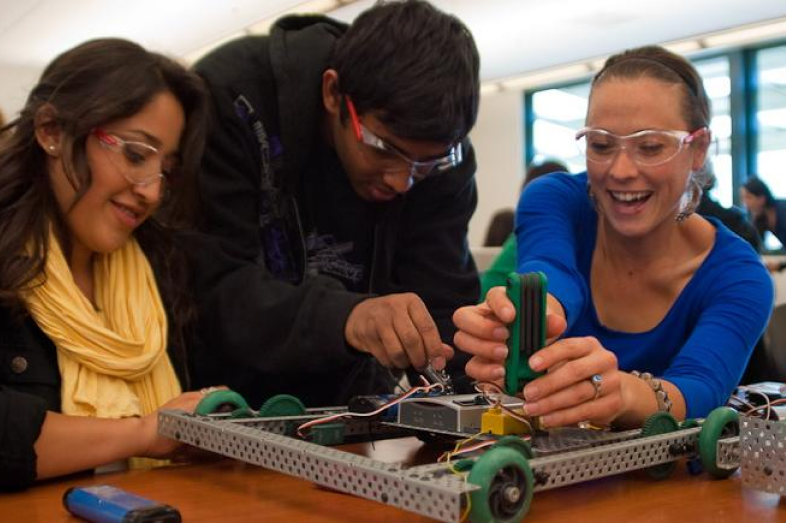 The ACT, STEM and Latino Students

Fewer than half of Hispanic students who took the ACT this year met the college readiness benchmarks in math or science, but those who actually expressed interest in STEM fared better on the college admissions exam.

To clarify, ACT’s benchmark scores represent the level of achievement required for students to have a 50 percent chance of obtaining a B or higher or about a 75 percent chance of obtaining a C or higher in corresponding first-year college courses. In math and science, these courses are college algebra and biology. “Expressed and measured interest” applies in cases when students who indicate an interest in STEM on the ACT Interest Inventory also choose a major or occupation in a STEM field in the Standard Profile Section of the test.

From 2009–2013, the number of ACT test-taking Hispanic graduates increased by about 94 percent, while the number of Caucasian students has decreased since 2010. Last year, 259,741 Hispanic class of 2013 graduates took the ACT, according a report by ACT and Excelencia in Education.

In 2013, Hispanics students performed best on the English portion of the ACT where 48 percent achieved the benchmark. Math, reading and science scores followed — in that order — and only 14 percent earned the benchmark in all four subjects, compared with 26 percent of all students who did the same. Prior to 2013, math and science consistently rounded out the bottom two, though Hispanics did see a significant boost in science scores — from an average of 13 percent making the benchmark in 2009 to a jump from 16 to 21 percent between 2012 and 2013.

Regardless of the number of ACT benchmarks met, in most cases college retention rates were similar to or somewhat higher for Hispanic students than for all students, according to the joint ACT-Excelencia in Education report.

But Hispanics performing well in STEM is important. Businesses are already looking to the growing number of Hispanic students – currently at 25 percent in public schools — to fill future vacancies and meet the need of growing STEM fields. Latino Magazine estimates the United States must graduate 100,000 more engineers per year; a quarter of them will likely be Hispanic.

Today in Washington, D.C., the publication is hosting its fifth annual Latino education conference with a special focus on STEM, recognizing efforts that have already been made by Corporate America to help Latino students succeed in those areas.

For more on STEM in education, see our topics page on the subject.