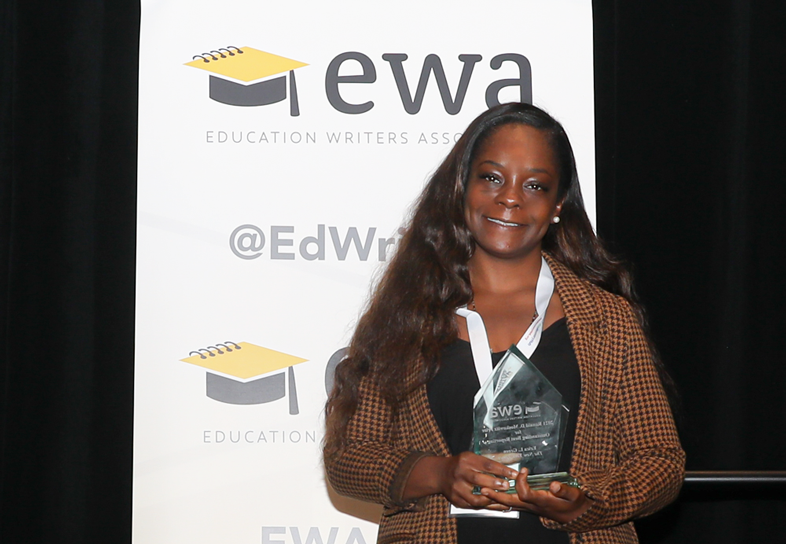 EWA is pleased to announce the winner of the 2021 Ronald Moskowitz Prize for Outstanding Beat Reporting.

Orlando, FL (July 25, 2022) — The Education Writers Association is pleased to announce that Erica Green of The New York Times has been selected as the recipient of the Ronald Moskowitz Prize for Outstanding Beat Reporting.

The prize honors the best-of-the-best beat reporters in EWA’s National Awards for Education Reporting. Other finalists were Mila Koumpilova of Chalkbeat Chicago and Linda Jacobson of The 74. Jacobson and Koumpilova were named as winners of the beat reporting prizes for small and midsize newsrooms, respectively. Green was the winner of the large newsroom category.

“Erica sets the standard for high-quality beat coverage, marrying deep compassion for the people she reports on with an unflagging allegiance to the needs of her readers,” said EWA Executive Director Caroline Hendrie. “Congratulations to Erica, Mila and Linda, and all the finalists and winners of this year’s awards competition.”

Thanks to a bequest from Ronald Moskowitz, the late education journalist and former EWA board member, EWA has had the privilege of awarding the Moskowitz prize since 2015. This special recognition celebrating outstanding education beat reporting comes with a $2,500 cash prize. 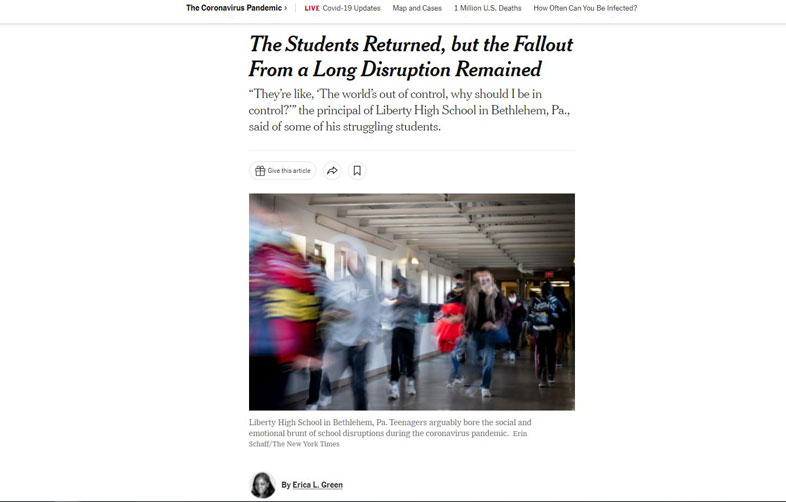 Green has been a member of the EWA Board of Directors since 2019, and has served as board secretary since December 2021. Under the rules governing the National Awards for Education Reporting, “Officers and members of the Board of Directors of the Education Writers Association may enter but are not eligible to win cash awards in the competition.” The awards are independently judged by current and former education reporters, and none of the judges were assigned to evaluate a category that they would be eligible to enter.

The awards judges remarked that Green’s stories showed remarkable detail, empathy and insight. She didn’t indulge in he-said, she-said coverage, but instead explored how national trends and political issues affected learning and children.

“Wow, what can be said about Erica Green’s reporting that has not already been said,” wrote one judge. “Erica wrote about the impacts of the pandemic without stooping to engage with the political debates and straw-man arguments on social media. It’s clear that the children were the main focus of her reporting and she writes about their struggles with clarity and depth. At a time where pundits are speaking about students, Erica was speaking to them in her reporting, a rare effort,” added another.

They singled out in particular a story on student suicides in Las Vegas as setting the national conversation about schools’ role in addressing mental health. They called her coverage of a Black superintendent’s experience discussing George Floyd’s death in a rural school district “prescient.”

“Her reporting deftly investigated the problems in America’s schools before anyone else connected the dots,” they wrote.