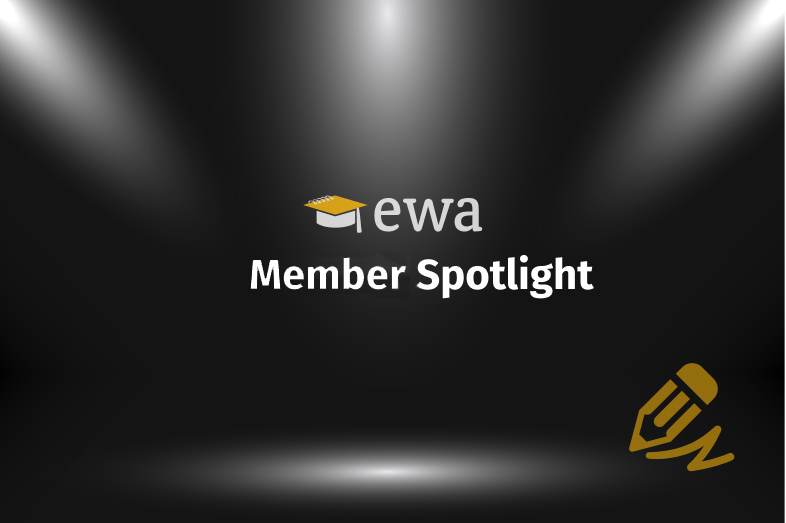 From Processing One Crisis to Covering Another: A New Ed Reporter’s Story

It is an ‘incredible time’ to be a journalist, says Charlottesville Tomorrow’s Billy Jean Louis

Billy Jean Louis is no stranger to writing in times of crisis. As a young teenager in Port-au-Prince, Haiti, the 2004 coup d’etat completely shifted the world around him. At the time, many people didn’t feel safe speaking about what was going on in the country due to the lack of press freedom in Haiti. Writing his experiences in a diary, he says, was an important way for him to process the chaos around him every day.

Now in the midst of a different kind of crisis, Jean Louis is using his reporting to help others make sense of today’s firehose of often-conflicting news and information. As an education reporter with Charlottesville Tomorrow since April 2019, Jean Louis recognizes the important role that journalists play in telling the full story during times like this.

“With the right stories, we can help teachers, parents, and others really understand what is going on. To quote one of my college professors, the job of a journalist is to ‘make sense of a confused world,’” he said.

As a member of EWA’s 2019-2020 New to the Beat cohort, Jean Louis’ mentor, Delece Smith-Barrow of the Hechinger Report, has been a helpful guide in making sure he’s reporting the news thoroughly and accurately. But in addition to that, as a fellow journalist of color, she’s helped him find space to breathe as a young Black reporter. For this EWA Member Spotlight, Jean Louis shares his journey so far and some of the lessons he’s learned along the way. 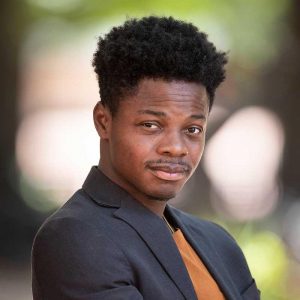 This interview has been edited for length and clarity.

Growing up in Haiti, how did you first get interested in writing?

I remember it was a very intense experience living and growing up in Haiti. I was just 12 years old when I experienced the coup d’etat in 2004. I have a distinct memory of walking to school one day and seeing a dead body on the street, right in front of me. I started writing about my experiences to process what I was seeing at such a young age.

By the time I was 16, I completed a full, diary-style book that spoke to my experiences as a young teenager in Haiti. The book discussed my experience living in Haiti and touched on some of the fears and concerns parents had for the safety of their children during the financial crisis. It is written entirely in French, and so far, only three of my relatives have read it, including my sister Johanne Easterling. Since I’m trilingual in English, French, and Haitian Creole, most of my early experiences with writing were translating texts between those languages. This book was my first passion project, something I wrote for a real audience, and maybe someday I’ll have it published!

Once you got to the United States, what were your first experiences in journalism, and what drew you to the education beat?

I moved to the United States when I was a sophomore in high school, and I was initially on track for a career in health. However, I quickly realized I wanted to do more writing and tried out journalism. I fell in love with it.

My first journalism internship was as a multimedia web writer at Action News Jax. I then covered law enforcement with the Gainesville Sun, and as a recent graduate, I also covered cops at the Odessa American. While I was mainly focused on cops, there were some weekends I’d also have to work in general assignments. That’s when I got my first exposure to covering education stories, and I immediately felt a strong personal connection to the education beat.

As a foreign Black man, education has played a big factor in my life. I studied a lot in high school, and I saw what education can do for people like me. My experience has made me really want to shine a light on education topics in my work. I started focusing on education as an education and health reporter at the Baxter Bulletin in Arkansas, and after doing some business reporting at the South Florida Business Journal, I’ve been a full-time education beat reporter at Charlottesville Tomorrow since April 2019.

Are there any misconceptions or challenges you’ve faced as a Black reporter on this beat?

For Black journalists, I think there are many times when people think we come with a certain agenda. First and foremost, I am a journalist, and I am genuinely covering the news. Anything I cover is purely objective, and I always make sure to get both sides of the story.

As a new education reporter at Charlottesville Tomorrow, how did you establish and introduce yourself to the community?

As a new reporter in the area, it was definitely tough to introduce myself to people in the community and become visible as a reporter. With the support of my editor, Elliott Robinson; Emily Hays, now of New Haven Independent; and our executive news director, Giles Morris, I was able to pinpoint community leaders I could introduce myself to. I would just send them an email saying I’m new to the community and wanted to sit down with them for coffee as an opportunity to network. That worked well, and they’d agree to sit down with me and talk about what’s going on in Charlottesville.

Three to four months after arriving in Charlottesville, I worked on a profile of Zyahna Bryant, the teenager who started many of the conversations around removing Confederate statues in the city back in 2017. It was tough to get the story because I was new to Charlottesville and because Bryant was a really busy person. I had to really show up to make myself visible in the community and keep following up with her as much as I could. (Jean Louis won one of his two Virginia Press Association awards for this profile.)

I also organized two school board forums within a few months on the job. That was a big success. I strongly believe that elevated my profile as an education reporter in town because so many people watched the forums live on Facebook.

With the pandemic, however, sourcing has been a serious challenge. It’s tough when you can’t meet in person, especially because part of my job is also to speak with parents. One thing I’ve realized is that if you always go to the same sources, they can get burnt out. I’ve made that mistake before. So, what I’ve been doing to expand my network is asking the sources I already built a relationship with to introduce me to new people. That’s the only way I’ve been able to meet new people during the pandemic, and my source list has been growing from this strategy.

In addition to sourcing, how else has the pandemic impacted your work and role as a journalist?

The pandemic is an incredible time to be a journalist. There are a lot of people that rely on us for information, and there is a lot to cover. Because there are so many people depending on journalists for answers, it is important that we do our job really carefully. This is why I struggle to comprehend why some journalists feel the need to run and publish what public officials tell them directly, without asking around for more background information from average people or public records requests.

My newsroom has been making a lot of FOIA (Freedom of Information Act) requests because we want to get the full answer, and with FOIA, the law requires that the organization has to comply if something is available. People can sometimes decline to comment on tough issues, but a FOIA forces them to respond.

How have you made time for self-care?

My mentor in EWA’s New to the Beat program, Delece Smith-Barrow, taught me a lot about how to take care of myself as a human being. She always checks in to see what I am doing to relax and de-stress on the weekends. As a young, Black reporter, I am a go-getter. I even once cooked Haitian food at a festival just so I could talk to people there and expand my network. I made Haitian-style rice and beans, fried plantains, fried chicken and chicken sauce. Chicken sauce is just a sauce made with chicken mixed with vegetables. It was a hit. I sold out. However, I am a human being, and I get tired. Learning to make time for myself was a really important part of the mentorship program, in addition to her helpful advice on skills like sourcing and reporting with data.

As for what I like to do when I self-care, I have a minor in theater, so before the pandemic, I was actually considering joining the local theater. I like to stay active, so I go hiking and out on runs in my neighborhood. I also enjoy cooking, reading, having video calls with my family, and bowling!