One of the most widely used math curricula in elementary schools, Investigations in Number, Data, and Space, also known as simply “Investigations” or by its developer’s name, “TERC,” was found to underperform three other elementary school curricula. The three that performed better were Math Expressions, Saxon Math and Scott Foresman-Addison Wesley Mathematics (SFAW), also known as “enVision” Math.

The study, sponsored by a unit of the U.S. Department of Education to figure out what works in classrooms, looked at student results in 58 schools over the course of two years. It builds upon a previous one-year study that showed that students using the Saxon curriculum outperformed others, which I previously wrote about here.

Here are the key findings, according to a press release by Mathematica, which conducted the study for the Institute of Education Sciences.

At public school tours this past Spring in New York City, educators were openly criticizing the TERC curriculum and suggesting that parents should do supplemental drills to make sure that their kids learn how to add, subtract, multiply and divide. It’s a well-intentioned curriculum that encourages kids not simply to memorize formulas but to express their own mathematical ideas and make sense of numbers. It’s music to the ears of anyone who prefers progressive approach to education. I’d like to understand a little more about what this curriculum is doing wrong. 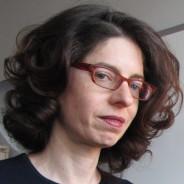