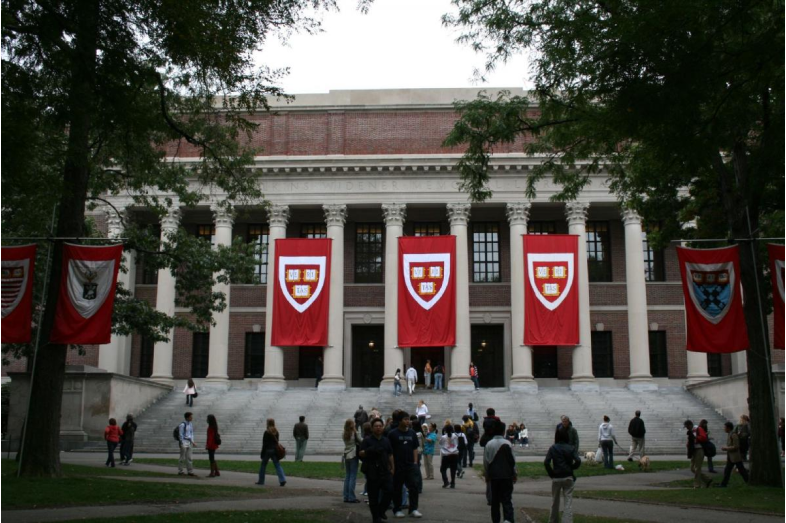 The often secretive and arbitrary-seeming acceptance and rejection decisions by elite colleges have long sparked controversy and, thus, news stories.

The often secretive and arbitrary-seeming acceptance and rejection decisions by elite colleges have long sparked controversy and, thus, news stories.

But new complaints by high-achieving students of Asian descent are raising questions about a kind of racism that may well be surprising to most Americans, as well as challenges to long-standing affirmative action policies, according to a panel of admissions experts who spoke at the Education Writers Association’s Higher Education conference Oct. 2-3.

In an effort to correct for historical and societal racism against black and Latino students, the Supreme Court has, so far, upheld the right of colleges to consider an applicant’s race in a “holistic” admissions evaluation, as long as race is only one of many factors.

But now, lawsuits filed by a group called Students for Fair Admission, accuse selective colleges such as Harvard University, University of North Carolina at Chapel Hill and University of Texas at Austin of rejecting qualified Asians (and, in some cases, white applicants) in favor of less-qualified Black and Latino students.

The plaintiffs point out that the percentage of Asian students at top colleges has remained stable even as the percentage of highly qualified Asians in the college applicant pool has risen sharply. Students of Asian descent made up 21 percent of all SAT-takers who scored an average of 700 on each test in the 1990s, the plaintiffs claim. By 2012, Asian-American students made up about a third of that elite group, they say. Meanwhile the percentage of students of Asian descent at Harvard, for example, has remained steady in the 18 to 21 percent range so far this century.

And a study from a 2009 book on admissions practices found that Asian-Americans had to score 140 points higher (on a 1600 point scale) on the SAT than white students to have the same chance at admission to several elite colleges.

Selective schools that claim to ignore the race of the applicant and only consider academic qualifications tend to enroll higher percentages of Asians, Zhao said. The California Institute of Technology, an elite private college located in a state that has banned affirmative action policies, has seen its Asian population grow since the ban, for example. Meanwhile, the share of Asians has remained stable at other selective schools that say they are using affirmative action policies, Zhao said.

College admissions counselors “believe that if we push down a couple Asians, we can bring up a couple more African-American or minorities,” Zhao alleged.

Ochi said an important part of the story, when searching for evidence of discriminatory admissions policies, is to look at the number of students of a particular race who apply and are admitted. Often, Ochi has seen reporting that relies on whether the students enrolled in the college — a number that can be skewed based on whether or not the student actually accepted the enrollment. It would be fairer to instead examine application and qualification numbers by race, she said.

The problem is that data is difficult for reporters to obtain.

The federal government requires colleges to make public the racial (and gender and age-group) breakdown of their enrollment (freely available through the National Center for Education Statistics’ College Navigator and the Integrated Post-Secondary Education Data System, aka IPEDS).

But the applicant demographic and qualification data needed to show whether any particular college is in fact holding members of different racial groups to different admissions standards is not required to be made public. In fact, private colleges, such as Princeton University, have argued in court that such information is protected as a “trade secret.”

Admissions data collected by public colleges and universities may be subject to Freedom Of Information Act (or FOIA) requests, said Mike Heistand, a legal consultant with the Student Press Law Center.

(Reporters interested in filing a FOIA for this information can get help using the Journalist’s Toolbox FOIA page.)

And even if the admissions data indicates the use of different admissions standards, reporters shouldn’t jump to the assumption “that affirmative action is the cause,” of that discrimination, Ochi warns.

She noted that some of the lawsuits presented as bringing justice for Asian students were initiated by Edward Blum, who over the past decade has used many legal strategies to attack colleges’ affirmative action policies. Blum, for example, helped fund Abigail Fisher’s (ultimately unsuccessful) claim that the University of Texas discriminated against white applicants.

There could be many causes for different average test scores and GPAs of different subgroups, she said.

One point Ochi and Zhao agreed upon: one alternative explanation could be something as simple — and as problematic — as discrimination against Asians.