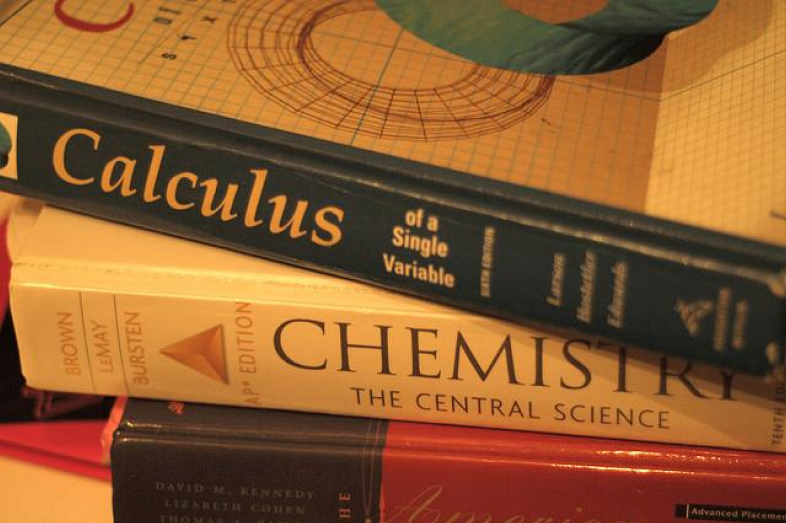 “Hey ‘John,’ according to our data, you qualify for these AP,” he says he would write in a letter to students in the district. “You need to talk to your mom and dad.”

But for most AP courses offered in Long Beach high schools, any student can sign up — even if their grades haven’t warranted a personal invitation from the superintendent. This policy has increased participation among minority and low-income students, who make up the majority of students in the district. But of the 91 percent of Long Beach students who take AP end-of-course exams hoping to receive college credit, only half actually pass.

The push to increase AP course-taking among disadvantaged students isn’t unique to Long Beach. But even as districts and states across the nation look to expand access to the program by cutting costs and even ensuring college credit for high scores in some cases, these moves have coincided with lower passing rates on AP exams.

“I was shocked when I saw that kids were being encouraged to take AP, but declining scores,” said Diane Rado, who moderated a panel on AP’s role in college readiness at a recent EWA seminar in Los Angeles. Rado, a reporter for the Chicago Tribune, has been covering Illinois’ new law that would require state colleges and universities to grant college credit for students who earn a score of 3 or higher on high school AP exams. At one low-income school she visited, AP exam participation had doubled over five years. Passing rates, however, had plunged.

“The spin I found in school districts was, ‘We don’t talk about results. We just get them in the class,’” she said.

“So, is Advanced Placement a vehicle for college readiness if students aren’t passing?” Rado asked Steinhauser and his co-panelists, James Montoya of the College Board, the nonprofit organization behind the creation of AP, and Robert Tai, a University of Virginia researcher who studies students’ transitions from high school to college.

Montoya, senior vice president of higher education and international programs at the College Board, made the argument that students who participate in AP coursework benefit from the program’s higher level of rigor. AP students are more likely to perform well in college and graduate within four years, he said.

But Tai’s research findings in the science disciplines, which he deemed a “surprise,” shows that even students who passed their AP science exams with a 3, equivalent to “qualified” on the AP grading scale, did not perform well in the corresponding introductory college course. And about 25 percent of students who got the highest score of 5 on their AP tests did not get A’s in the class, with some getting as low as C’s in their first semesters of biology, chemistry and physics courses.

“The idea is that they’re getting a college course while they’re in high school. Unless they’re just absolutely not paying attention whatsoever, what made them do so poorly? It is certainly interesting to explore,” Tai said.

Based on his research, Tai said it’s not entirely clear that giving a student college credit for a 3 on an AP exam is going to benefit them in the long run, because they’ll be required to understand the material when they go on to take calculus 2, for example.

“I understand the challenges of financial aid and trying to make it through college in terms of paying for things. But at the end, you have to show that your experience there has given you something that you wouldn’t have gotten had you not been there,” he said.

Steinhauser told reporters to ask K-12 educators what practices they have in place to support students who enter the rigorous coursework of AP programs. For example, while most AP courses are open to all students at Long Beach high schools, students who want to take AP calculus or foreign language courses must demonstrate competency.

“I don’t think that we should move forward simply for the sake of quantity,” Montoya said, “without being responsible as it relates to quality.”