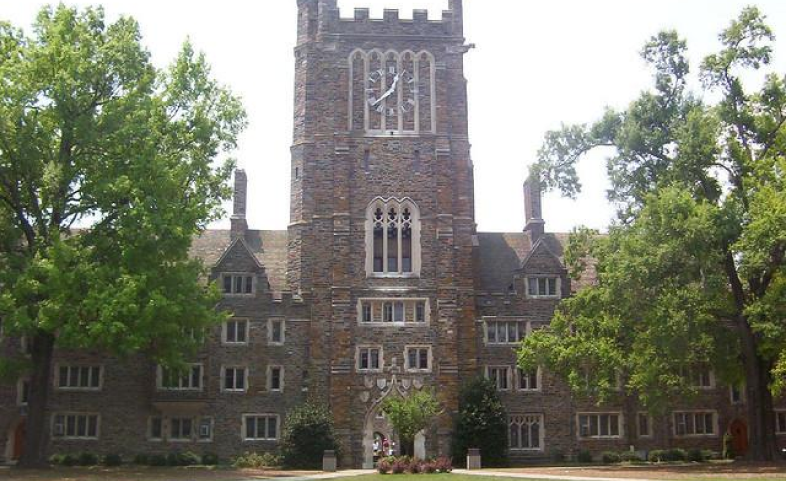 A Latino student group at Duke University has declared the school is “not a safe space“ for Latinos, and announced this week it will no longer participate in an annual recruitment event for prospective Latino students.

A Latino student group at Duke University has declared the school is “not a safe space“ for Latinos, and announced this week it will no longer participate in an annual recruitment event for prospective Latino students.

Mi Gente (My People) issued a list of 10 demands in The Chronicle, an independent student newspaper — among them a cultural center, a plan for hiring more Latino faculty, need-blind admission for undocumented students, $15 wages for all staff. The group is also asking that its office space be upgraded from the converted janitorial closet it now occupies. Mi Gente claims its requests to the administration have gone unanswered since 2005.

“Over the years, our organization and the student Latinx population has grown. Despite our growth on campus and in the nation at large, we have yet to be recognized as full members of the community instead of just models for an admissions brochure. The actions that Mi Gente are taking assert that Duke University is not a safe space for Latinx’s and we no longer feel comfortable encouraging prospective students to attend a university where their numbers will be lauded but their humanity ignored. Therefore, we will be refocusing our efforts toward establishing a safe space on this campus for current Latinx students, and we will leave the recruitment to those on the Duke payroll.”

Between 1993 – the year after Mi Gente was founded – and 2012, Latinos comprised about 2.1 percent of the faculty at Duke, while the total number of black faculty has tripled, the Latin Post reported Thursday. However, the number of Latino undergraduates has grown. While the classes of 2016 and 2017 are 7 percent Latino, a record 11 percent of the Class of 2019’s 1,750 students are Latino.

According to the group’s co-president, Gloria Tomlinson, the growth has been, in part, to the school’s Latino Student Recruitment Weekend. More than half of the 60 to 80 students who attend the annual spring event enroll at Duke the following fall, The Chronicle reported in September.

But instead of helping to organize the event this year, Mi Gente will channel its efforts into collaborating with other organizations on political events, organizing demonstrations and meeting with the university’s administration.

In a response to the list of demands, a former Mi Gente president praised the group’s desire for a cultural center but criticized the group for its “tone,” saying it was better to exude a “contagious excitement” for an idea rather than to make demands.

“Maybe I was naive, but I always felt like any other Duke student, regardless of my name or complexion and that I had access to campus resources as an individual and as a campus group leader,” said Alexandra Villasante-Fricke, co-president during the 2007-08 school year.

Mi Gente has requested a formal response from the administration by 5 p.m. Friday and also wants a public apology for the “routine negligence of Latino issues” on campus.

Note: “Latinx” is an emerging gender-neutral term sometimes used instead of Latino, a masculine identifier, or Latina, which refers to females of Latin American descent, to include all possible gender and sexual identities. More on that here.