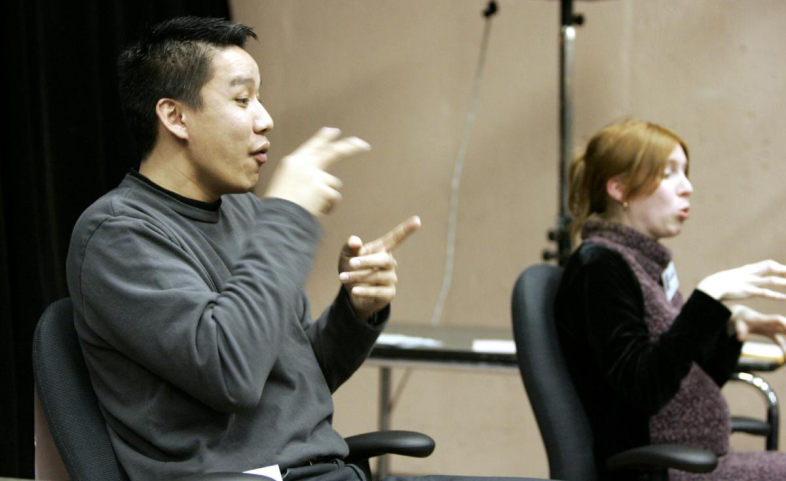 For Students With Disabilities, Life After High School Can Be Harder

The shift from high school to college or the workforce is harrowing enough, but for the 6 million students diagnosed with a disability, the stakes are higher and the transition all the more challenging.

From weaker support systems on college campuses and workplaces to pervasive misunderstandings about their specific needs, students with disabilities are often playing catch up with the rest of the population. While improvements are underway to foster a more accommodating environment for those with disabilities like dyslexia or visual impairment, more can be done.

But some states stand out above others in their efforts to smooth the entry into higher education or the labor force for a student with a disability, serving as a model for others to put in place the programs and personnel experts say are needed.

But even the higher graduation rates should be treated with caution. EWA interviewed the lead writer of this year’s Diplomas Count, Christina Samuels, about the project, who said that, “how you define even a regular diploma for students with disabilities varies by state.” She says that in some states, the graduation requirements are up to the “team of parents and teachers who develop a student’s individual education plan. … You can take easier tests, you can take no tests, you don’t have to take the same type of math or the same depth of math.” Troubling to her not only are the lack of uniform standards but that sometimes students don’t even realize their diplomas were earned using an easier rubric. (You can hear the full interview with Samuels in this week’s episode of EWA Radio.)

Meanwhile, some of the rules that are in place to ensure students with disabilities are prepared to handle the rigors of life after high school are seldom enforced by states. One article in the Ed Week package notes that federal law calls on schools to develop with students self-advocacy plans, which focus on their strengths, preferences and interests. The article’s author Sarah Sparks writes, however, that a “2004 federal longitudinal study found only 3 percent of students with disabilities in general education classrooms were specifically trained to speak and plan for themselves.”

Once students with disabilities leave high school, the federal provisions meant to improve their chances of a secure livelihood change, too. The federal Individuals with Disabilities Education Act no longer applies to students once they graduate. And the federal laws for working adults or college students (Americans with Disabilities Act and Section 504 of the Rehabilitation Act) ask less of colleges and employers than the education law does of public schools. Schools that receive IDEA funds could do more, however, the U.S. Department of Education warned last year as it toughened its conditions for receiving a slice of the roughly $12 billion special education program.

“What we’re asking of students with disabilities is to really know themselves and to know what kinds of things they might need,” Samuels told EWA. “If they think they can achieve the goals that they have set out for themselves, seeking out the extra assistance that might be available in that college atmosphere, that’s great, but there also needs to be an understanding of ‘yeah, maybe I do need to have my professors know that I’m going to need certain accommodations.’”